Coronavirus in Georgia on May 6 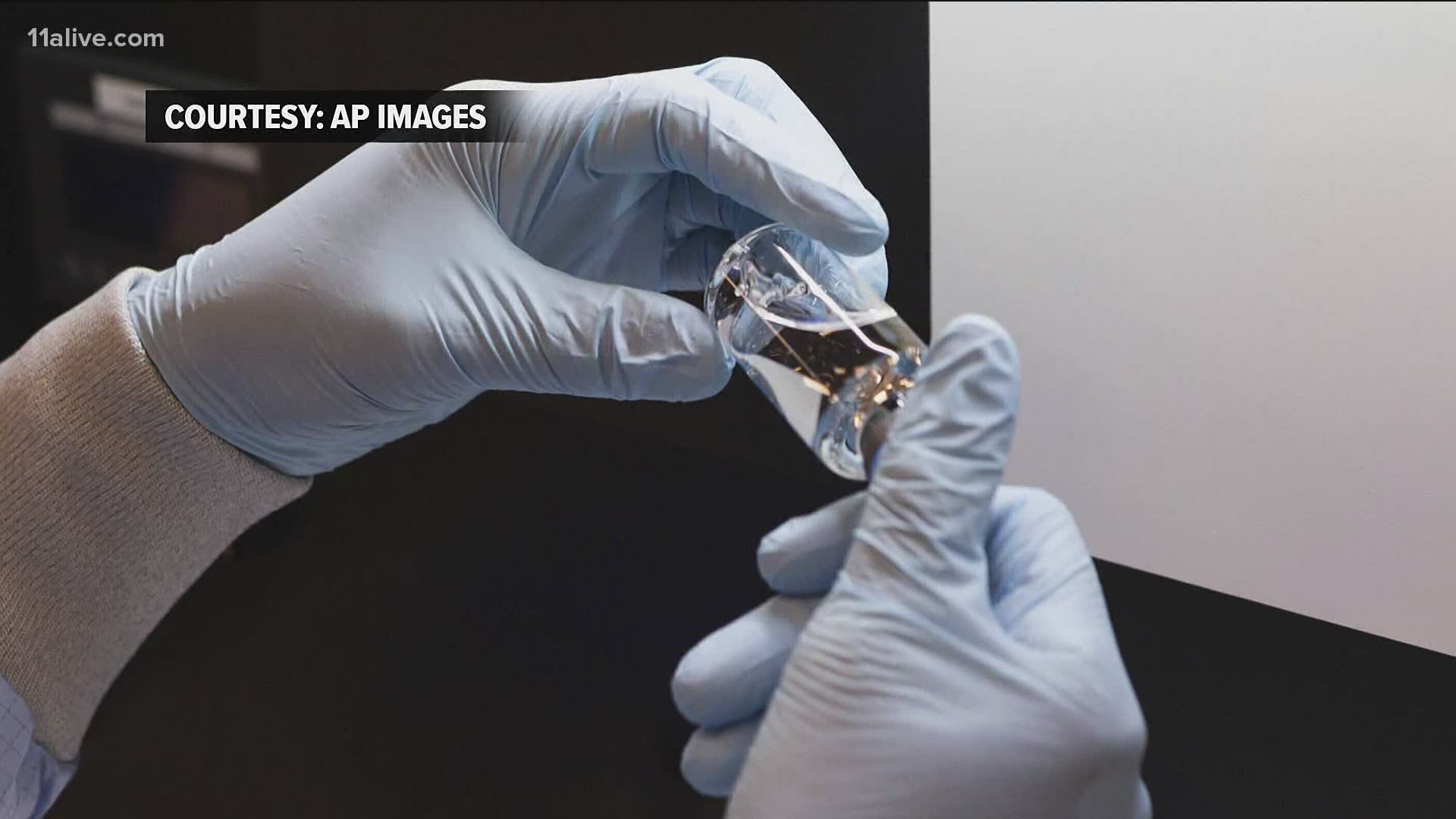 ATLANTA — Below is an archive

The Georgia Department of Health announced new cases of COVID-19 on Wednesday. As of 7 p.m., there are 30,737 confirmed cases of the virus and 1,317 deaths reported. Scroll to read more.

Visit the 11Alive coronavirus page for comprehensive coverage, find out what you need to know about Georgia specifically, learn more about the symptoms, and keep tabs on the cases around the world here. Have a question? Text it to us at 404-885-7600.

State and federal officials with the Atlanta-based Centers for Disease Control and Prevention (CDC) are continually monitoring the spread of the virus. They are also working hand-in-hand with the World Health Organization to track the spread around the world and to stop it.

State data shows that 12 more people have died from the coronavirus since the public health department released its noon report. There were 175 additional cases reported, as well.

Fulton, DeKalb, Gwinnett, Cobb and Hall are now reporting the most cases of the virus, though DeKalb now has a higher rate of cases per 100,000 people for metro Atlanta counties.

As the state continues to push on with reopening the economy amid the coronavirus pandemic, data from the Centers for Disease Control and Prevention shows that while there are improvements in some parts of the state hit by the virus, there are some areas where the spread of the virus appears to be growing.

The new data, compiled for the CDC's report for the week of April 30, comes as Georgia relaxes restrictions on business operations and movement in the state.

Many viewers have reached out to 11Alive to say that restaurants don’t seem to be complying with the governor’s guidelines.

Many others also said they feel like restaurants aren't following the state's 39 guidelines. Viewers sent us photos showing people sitting close to each other and patios where people are congregating.

The state's requirements include no more than ten patrons per 500 square feet of public space, all employees must wear face coverings at all times, there needs to be at least six feet of separation from seating to seating and no more than six people at a table.

The event will take place at 4 p.m. in the State Capitol and will be streamed live on 11Alive.com and on the 11Alive YouTube channel.

Recent legislation by the Atlanta City Council amidst the coronavirus pandemic caught the attention of event organizers planning large gatherings this year.

The newly-passed legislation ratified the Department of Parks and Recreation and Mayor’s Office of Special Events to continue to not accept special events permits.

It says the offices "shall continue to accept no new applications for permits or sub-permits for or relating to events to be held in the City of Atlanta" and that if organizers for an event already have one on file, they will be automatically applied for a new one.

Dragon Con, currently scheduled Sept. 3-7, 2020, is one of the largest science fiction and fantasy conventions in the world and draws more than 80,000 attendees annually to downtown Atlanta.

Cobb PARKS will reopen their outdoor facilities on Monday, May 11, they said on Wednesday. Trails and passive parks have already been open to the public, so this will reopen the remainder of the county's outdoor parks. Officials say the following restrictions will remain in place:

Gwinnett Schools reverse course on plan to have teachers return

On Friday, May 1, Gwinnett County Public Schools (GCPS) released its plan for employees to return to work following six weeks of online learning and working remotely due to the COVID-19 pandemic.

GCPS leaders received feedback on the plan from teachers and others who shared concerns about returning to schools, which led district leaders to adjust  the return-to-work sites plan.

Teachers and other staff will no longer be required to report back to campus as previously announced.

The district said principals will work with teachers and other staff to arrange times for them to return to the school to close down their classrooms or work spaces and complete other necessary tasks.

Peidmont Healthcare is leading a new effort aimed at lessening the impact of a patient's ability to breathe while battling COVID-19.

The first trial is called "breathe." Researchers plan to use the drug Gimsilumab to target lung inflammation, which can flare up in severe COVID-19 cases. The goal of that trial is to decrease the instances of inflammation and minimize damage to the lungs. In the second trail, called Apex-19, the non-drug treatment would seek to improve breathing function by having patients lay on their stomachs during parts of the day to help increase their oxygen levels.

The Clayton County Board of Education unanimously voted earlier this week to approve a proposal to accelerate the district’s Extending Learning Beyond the Classroom initiative for the 2020-2021 school year.

The program’s acceleration will allow the district to lease 38,000 new Chromebooks for students in 3rd through 12th grades, a nearly $37 million investment over five years, the district said.

As CCPS works to secure the devices for the 2020-2021 school year, the school system says it will focus additional funds from external organizations toward acquiring Wi-Fi devices for students without internet access, they said.

The Georgia Department of Health announced new cases of COVID-19 on Wednesday. As of Noon, there are 30,562 confirmed cases of the virus and 1,305 deaths reported. This is up from the 29,839 confirmed cases and 1,294 deaths that they announced on Tuesday evening.

They said 5,709 patients are hospitalized with COVID-19.

Tip “T.I.” Harris and Michael Render, pka Killer Mike, announced a collaboration with PAWkids to serve food to 500 Atlanta residents and offer $500 cash per household to several families on Wednesday.

The food is provided by Mercedes Benz, which partners with PAWkids to bring 1,000 meals weekly to PAWkids to distribute to families in need.

Tip Harris and Killer Mike will knock on the doors today of unsuspecting Atlanta residents and deliver two weeks’ worth of groceries as well as $500 cash to a limited number of families.

Georgia Lt. Governor Geoff Duncan announced that he will cut his state salary by 14 percent for the 2020-2021 budget cycle.

“As we work through the budget process ahead of us it will be necessary for everyone to make sacrifices, and I will do my part and take a cut as well,” said Lt. Governor Duncan. “The fiscal impact of the Coronavirus on our state’s budget is severe, and the General Assembly is tasked with making serious cuts to government services and programs, which will affect the lives of the Georgians we serve.

If you noticed a large swing in the number of tests completed appearing yesterday on the Georgia Department of Public Health website, we have an explanation from the state:

"There was a technical issue with the data on Sunday, so the increase you saw this morning was for more than one day," a spokesperson said. "There has also been a concerted effort to increase testing over the past week, so the increase is also a great reflection of those efforts."

Things to know on Wednesday morning

Use your security deposit for rent? An expert’s advice on what to do if you can’t afford rent payments

Nonprofits seek to serve, juggle uncertainties in the 'new normal'