Robert Washington's daughter says he needed the benefits and paycheck for his insulin and rent, but just weeks later, he died. 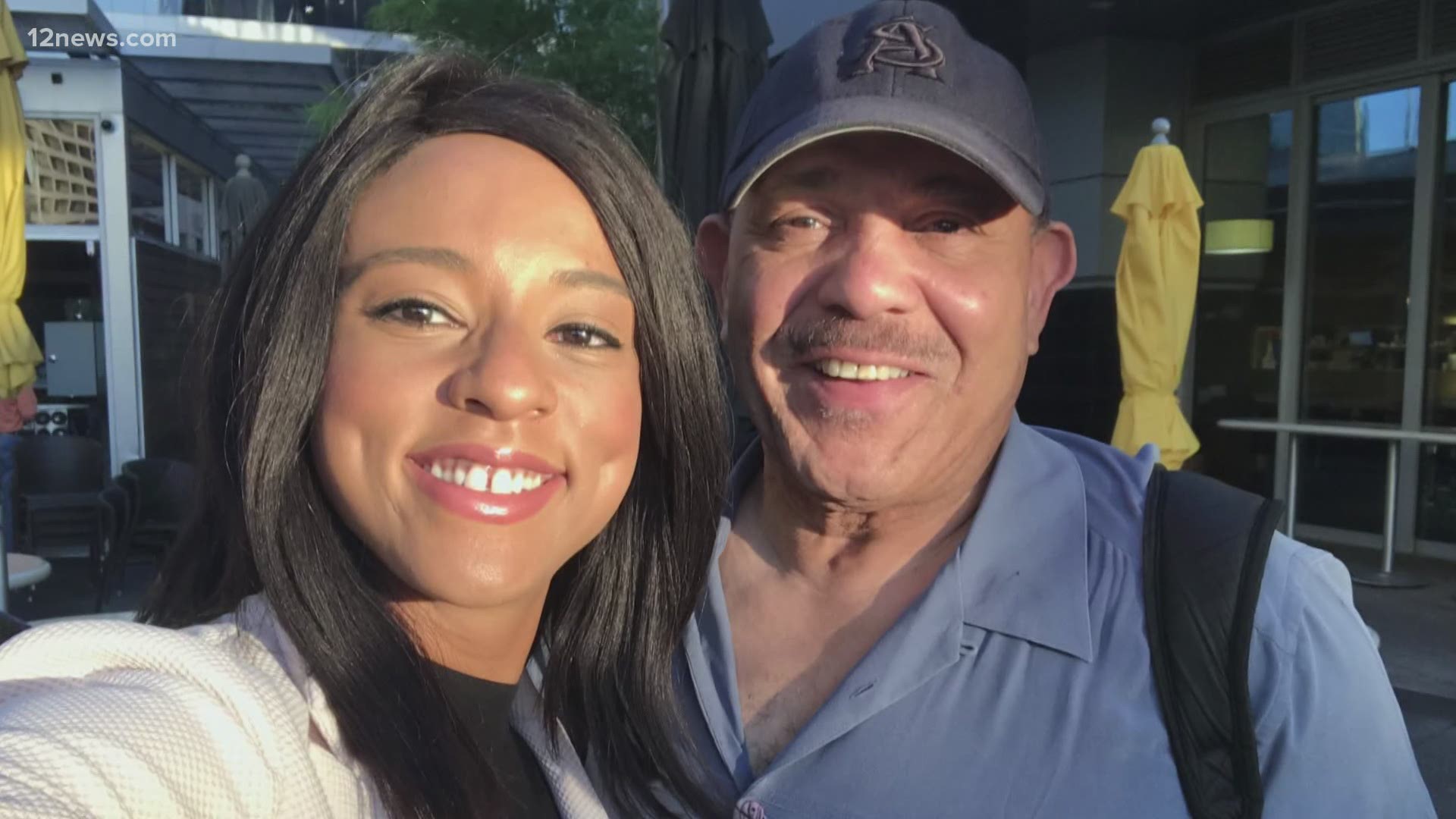 Lina Washington has a straightforward explanation for why her father died.

“He returned to work because he had to,” Washington, a Sacramento TV sports anchor who grew up in the Valley, said in an interview.

He died four weeks after returning to work as a security guard at the Gila River tribe’s Lone Butte casino, near Chandler.

In her grief and rage, Washington is calling out Gov. Doug Ducey and holding leadership accountable for what she views as a failure to protect Arizona’s most vulnerable residents from the pandemic.

People like her 68-year-old father, who was diabetic and a cancer survivor.

“This is very real,” she said. “This is not something where the elderly and vulnerable are disposable. This is not natural selection. These are people, these are parents, these are grandparents.”

Coronavirus cases are surging in Arizona; the rate of positive cases is one of the highest in the world right now.

Ducey is coming under fire for not taking more aggressive steps to stem the infection’s spread, such as requiring the use of masks.

Robert Washington needed his job at the casino: The health benefits helped pay for his insulin, his daughter said, and the paycheck helped cover the rent and life insurance.

So when Lone Butte reopened May 15, he had to go back. The only other options, Lina Washington said, were taking a furlough without a paycheck or quitting.

Her father had expected to be roaming in a golf cart that first day back. It didn’t work out that way.

“He was exposed to people waiting in line till 4:30 in the morning with no masks,” Washington said.

“He told me how awful it was.”

Robert Washington took time off for the next week, according to his daughter, then returned to work on May 22.

Eight days later, he was diagnosed with the coronavirus.

“I need to speak truth to power right now,” Washington said. “There are people in power who can make this right.”

"I don’t want anyone to have to experience (this) because of the ignorance and negligence and hubris of people who don’t believe this is real.”

“This is a heartbreaking situation for all … team members. We are not aware at this time of the actual cause of (Robert Washington’s) death. Our commitment has always been to mitigate the spread of the virus as much as possible since we reopened our doors on May 15. The health and safety of our employees and guests is our main priority.”

“My dad was my best friend,” she said. “He was the man who picked me up from school, took me to dance classes, and took me to track practice.”

“He knew I’d be under a microscope as a black woman talking sports, and he wanted to make sure I was prepared.”

Robert Washington was a prized football recruit in the early 1970s at the University of Notre Dame. He was a father who always found a way to provide for his family, his daughter said.

Robert Washington said in a recorded interview shortly before he died that former Suns owner Jerry Colangelo helped him get in the door.

There will be a celebration of Robert Washington’s life in his backyard on Sunday, Father’s Day.

RELATED: Here's everything you need to know about getting tested for the coronavirus in Arizona