The test is saliva-based, pain-free, and reportedly has a number of advantages. 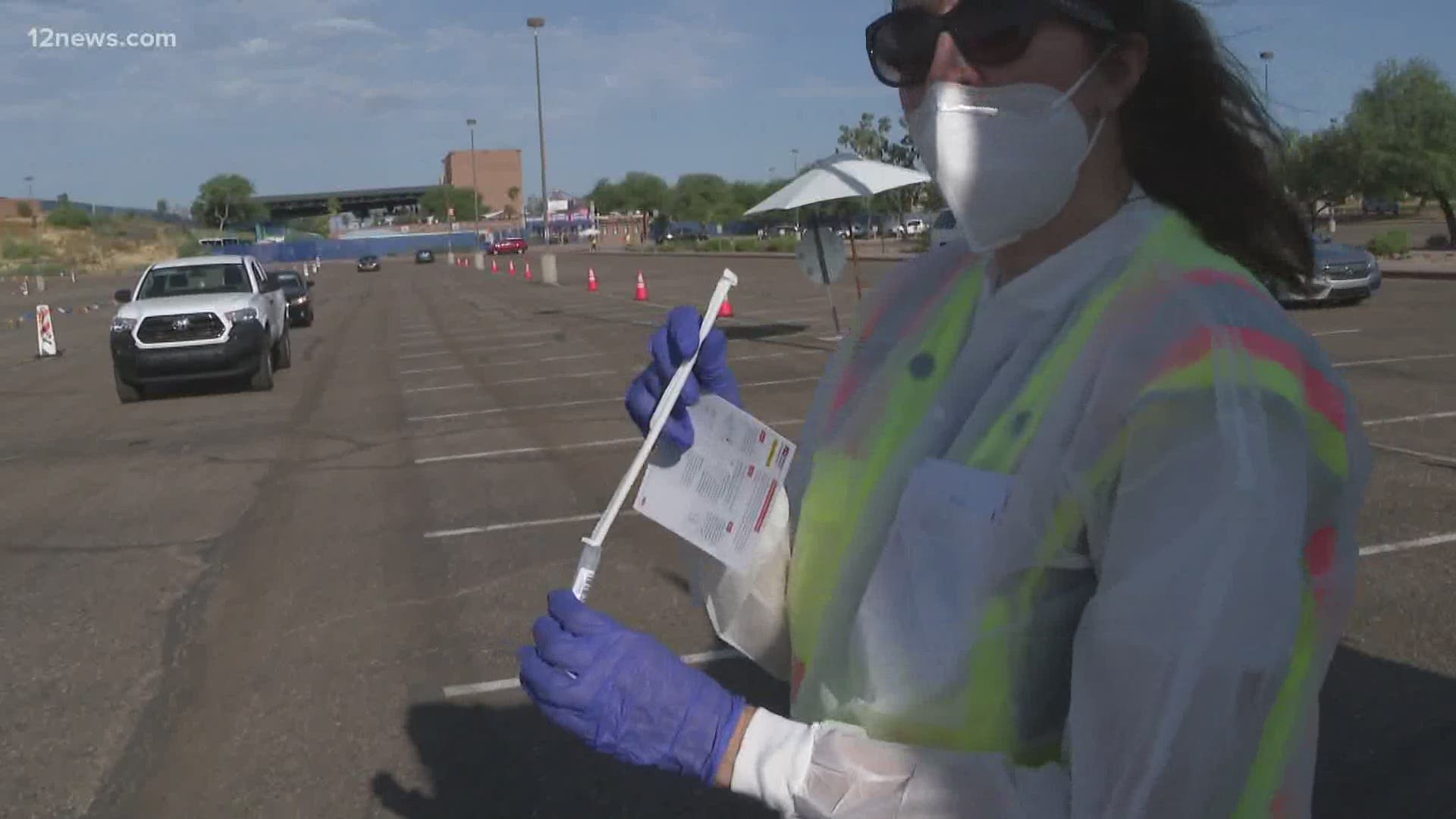 PHOENIX — A new, less invasive style of COVID-19 testing was introduced in the West Valley today. It’s the first of its kind.

The test is saliva-based and pain-free and it was developed right here in the Valley by ASU. Those involved say there are a number of advantages.

The process is reportedly simple: use a straw to partially fill a 5-milliliter bottle with saliva.

"It's painless, it's fast, and it's actually more accurate than a nasal swab, according to our studies and those at Yale,” Thomas said.

Experts predict test results to be returned within 48 hours.

Another advantage is that volunteers administering the test are safer because they do not have to swab someone's nose and can better keep their distance.

Again, all of this was made possible by ASU and Arizona's Department of Health Services' tireless work.

“There's been a lot, a lot of hours that have gone into this, but it's really been a labor of love,” Kerri Robinson, the senior director and chief of staff at ASU’s Biodesign Institute, said.

Biodesign Institute | ASU
In response to the pandemic crisis, we have converted our state-of-the-art research infrastructure into a fully FDA-approved and clinically certified lab capable of performing thousands of COVID-19 tests per day.

Volunteers tested more than 800 people Saturday morning by appointment only. All arrived with a QR code that automatically shared important information once scanned. Phoenix's mayor was there to recognize the momentous occasion.

"I was actually able to speak to the admiral that is in charge of testing for the entire United States and tell him that we're doing this saliva-based testing here," Mayor Kate Gallego said. "We really are leaders for the entire country."

The saliva-based testing will be going on throughout the state in the weeks to come, focusing on underprivileged communities. In all, researchers and volunteers hope to issue 100,000 saliva tests.

There is no word yet on when the next saliva-based testing will be available in the Valley. However, you can head to AZHealth.gov/testing for a list of available testing sites. AZDHS | Epidemiology & Disease Control - Highlighted Infectious Disease for Arizona
Infectious Disease Epidemiology is responsible for monitoring and controlling infectious diseases in general, including diseases that can be prevented with vaccines such as measles, rubella, pertussis and hepatitis B, diseases that cause diarrhea and vomiting (salmonellosis, listeriosis, cholera), diseases caused by fungi (valley fever), and diseases caused by bacteria-related toxins (botulism, food poisoning).