In the last seven days, the average number of deaths from COVID-19 in Arizona is the highest seen in the state since the pandemic started. 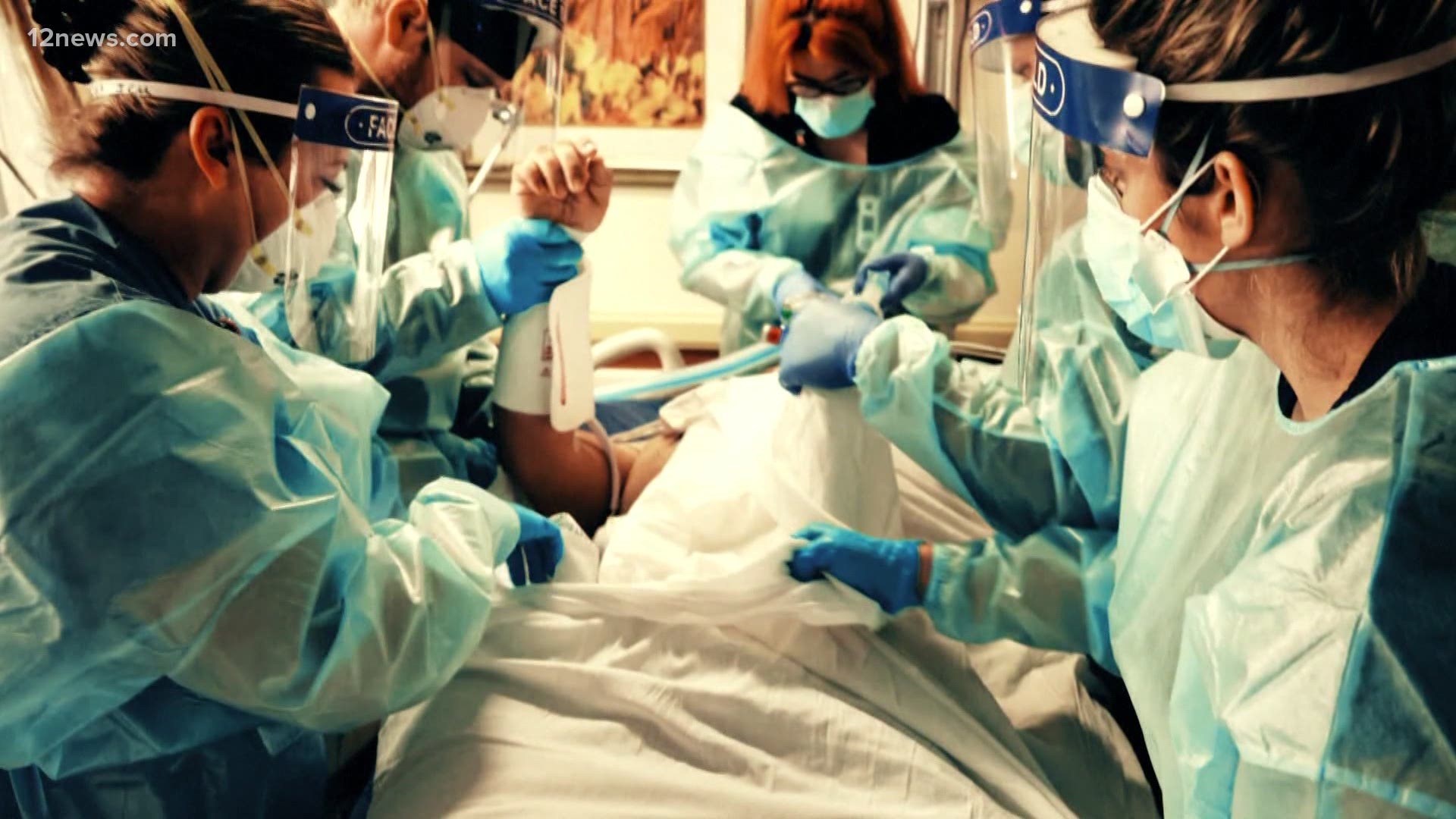 PHOENIX — To date, 10,482 Arizonans have died from COVID-19, and in the last week, we’ve reached the highest average deaths in any seven-day period since the pandemic started.

While many who get the virus will recover, the deaths are putting a strain not only on some hospitals but on funeral homes too.

Banner Health has had to add extra morgue space. The hospital system brought in extra refrigerator trucks in December to help handle the number of people dying.

One is currently at Banner University Medical Center Phoenix according to a spokesperson with Banner. Saying the other has not had to be deployed yet.

The spokesperson said in the last five days, 66% of the bodies they’re storing are COVID-19 positive.

Other hospital systems in the Valley, including Abrazo Health, HonorHealth, Dignity Health and Valleywise Health, say they have morgue space currently.

In the summer, Maricopa County brought in extra freezers to help expand morgue space due to the number of bodies needing to be stored. A spokesperson told 12 News less than half of their current morgue space is being used right now. Stating the up to 14 freezers used for the expanded morgue space is on standby and can be operational in 24 hours if it's needed.

However, the deaths are overwhelming Arizona funeral homes.

“With us being inundated with a volume of business shared by me and my colleagues, we're just seeing this ramp up,” Ethan Bueler, a funeral home director in Mesa and president of the Arizona Funeral Cemetery and Cremation Association said.

Bueler said the winter months are usually busy for funeral homes, and COVID-19 deaths have added to it.

He said the biggest problem facing him and his colleagues are death certificates not being signed on time.

“If these doctors would sign death certificates in a timely fashion we could get it through the next phase and the next step,” Bueler said.

It’s a complaint Maricopa County’s Office of Vital Records has heard from funeral homes too.

Arizona law requires a death certificate to be signed within three days. Bueler said it started to take longer to get certificates signed on time back in November. Bueler said he recognizes the healthcare system is overwhelmed, but families are feeling the effects after their loved one dies.

“Because of this backlog now I have several families waiting in line to schedule a burial, have a cremation, to have something done to have their loved one at rest,” Bueler said.