The stay-at-home order was originally supposed to end on April 30. 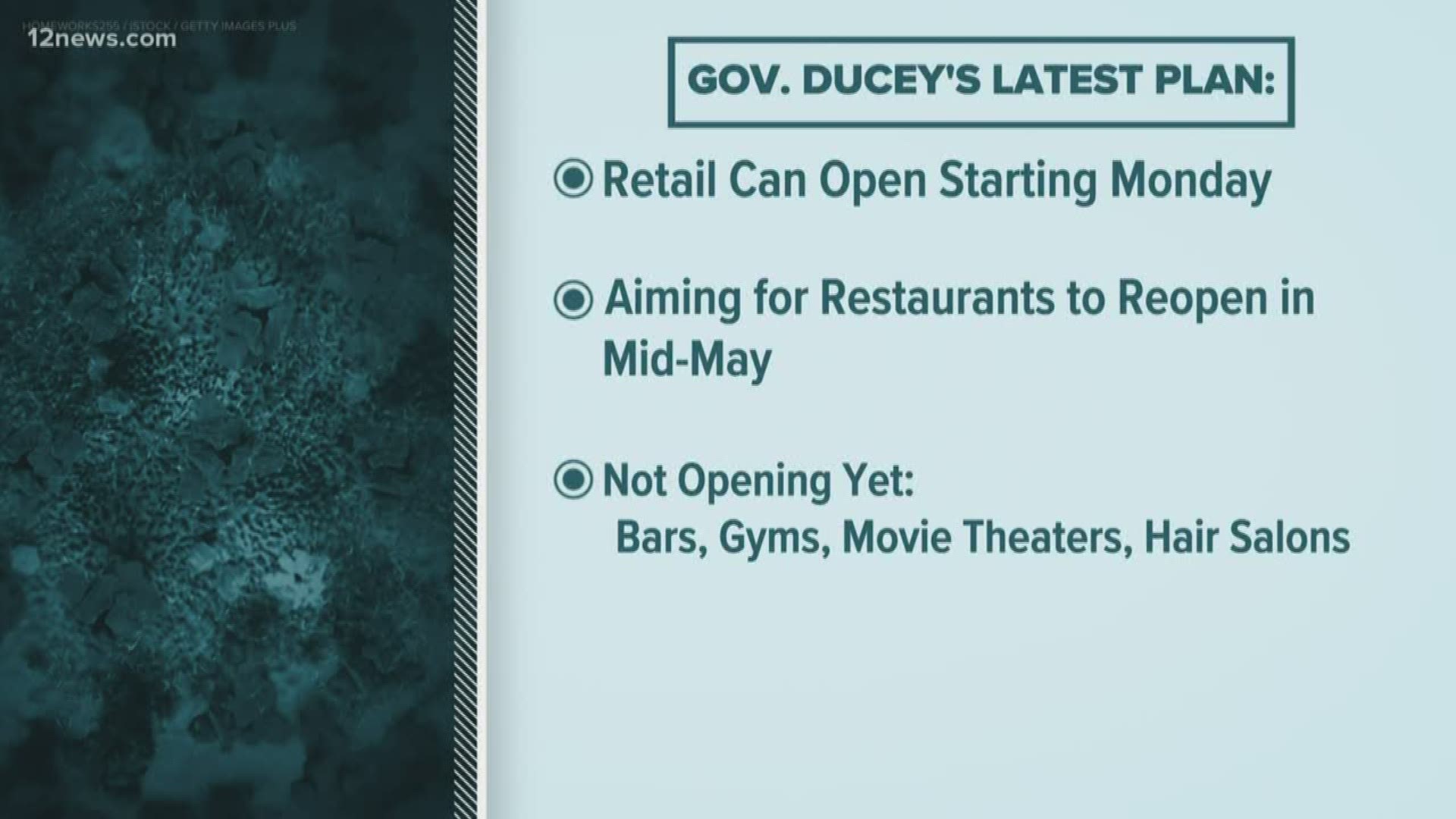 The order was originally supposed to end this Thursday, April 30.

This means non-essential stores and services have been ordered to remain closed, and residents are advised to maintain social distancing as much as possible.

The governor says Arizona businesses will gradually reopen in stages.

Some of the modifications Ducey announced is the expansion of businesses allowed to operate, and some stores can voluntarily reopen as early as Monday.

There are 7,202 people diagnosed with coronavirus in Arizona as of Wednesday morning with 304 related deaths.

RELATED: Here's everything you need to know about coronavirus in Arizona April 29

Retail stores can partially reopen on Monday, May 4 in a limited capacity and expand more on May 8.

Ducey says he will follow CDC guidelines on when restaurants can allow limited dine-in services, but he added it could become possible as early as May 12. Bars are not being considered for the mid-May reopening.

Travel restrictions on people flying back from New York, New Jersey and Connecticut have also been extended to May 15.

Here are the industries that are currently allowed to operate: 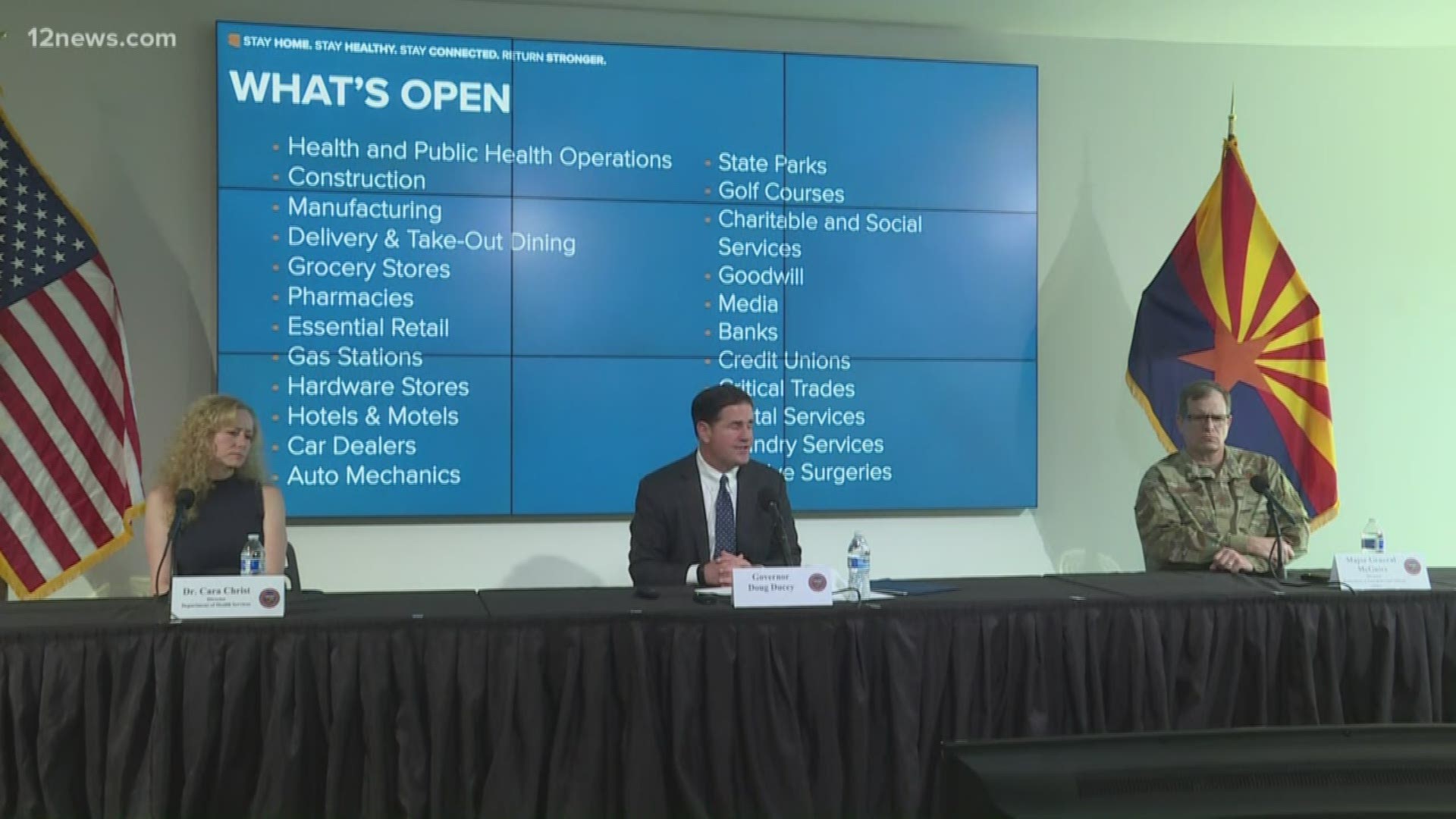 Arizona State University released a study last week about the impact of reopening the state during the ongoing pandemic.

Phoenix Mayor Kate Gallego says the order has been effective containing the spread of COVID-19 across the city.

The stay-at-home order is meant to “flatten the curve,” meaning it would minimize the chance of a large influx of patients that would overwhelm the state’s hospital network and lead to more deaths from lack of available treatment.

Since the order was enacted last month, Ducey claims Arizona has massively increased its hospital bed and ICU capacity.

But, crucially, health experts say adequate COVID-19 testing is necessary to understand if the outbreak is slowing down.

"We have to get to the point where we have enough reliable tests for anyone who wants one can get one,” Dr. Kevin Stephan, an infectious disease specialist, said.

That’s one of the reasons why the state launched the “Arizona Testing Blitz” on Monday.

The initiative aims to test 10,000 to 20,000 Arizonans for COVID-19 every Saturday for three consecutive weeks, beginning May 2.

“Arizona has placed an emphasis on ramping up testing, but we need more,” Ducey said in a statement.

Ducey also came under intense scrutiny from reporters after the announcement about a lack of transparency during his decision process.

The state has been ravaged by job loss during the pandemic with hundreds of thousands of residents filing for unemployment.

Ducey says when it comes to reopening the state, "there is no easy solution." 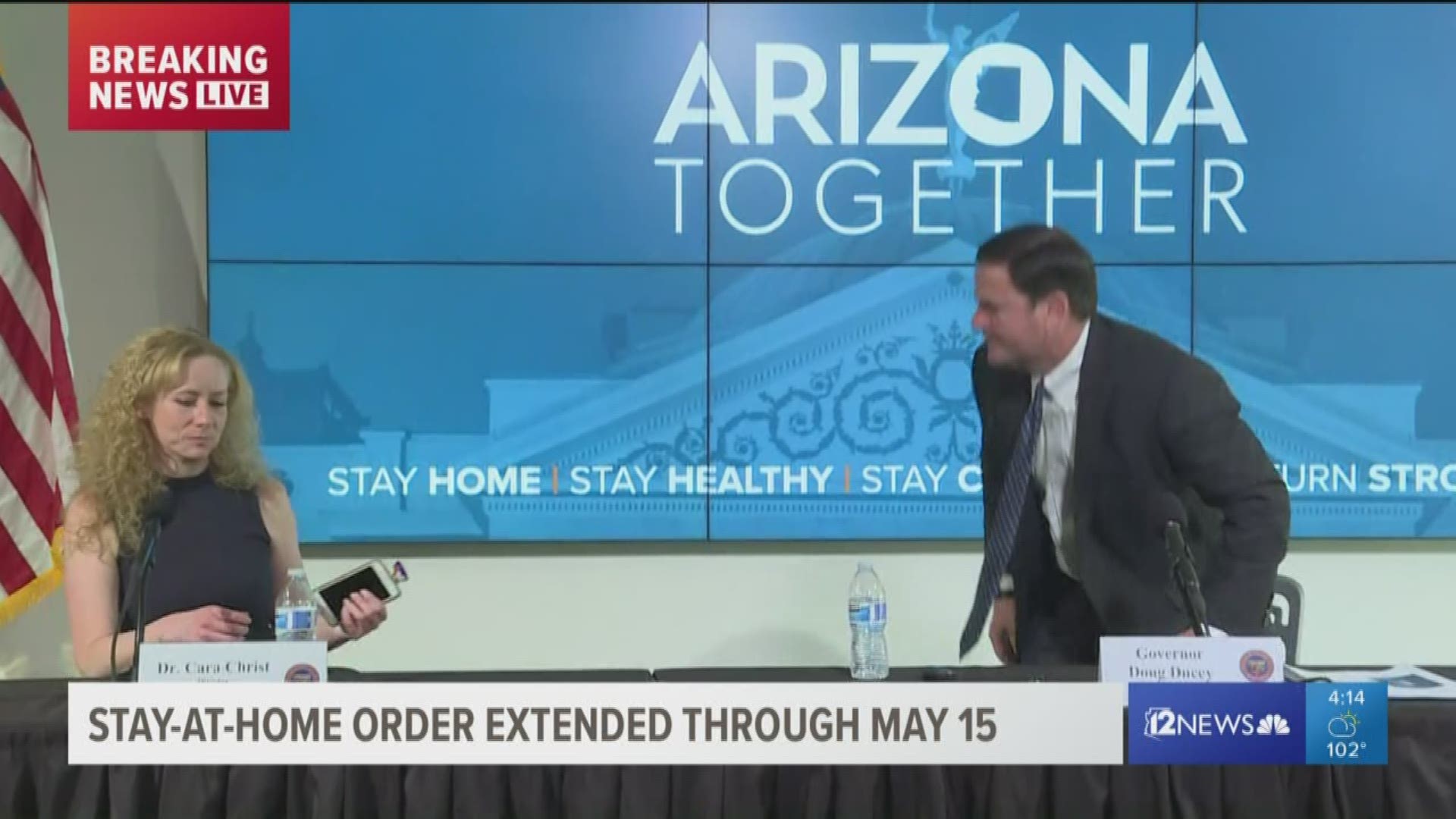 "As mayors who represent nearly one-third of Arizonans we know that fighting COVID-19 is the most important challenge facing us right now. We agree with the Governor that it is important to rely on data and the guidance of medical experts when it comes to making decisions about reopening Arizona’s economy," the statement read, in part.

RELATED:
- How are other U.S. states reopening?
- Updated: Here are the jobs considered 'essential services' in Arizona
- Updated: What you can and can't do under Arizona's stay-at-home order

This interview with Gov. Doug Ducey is from April 17. 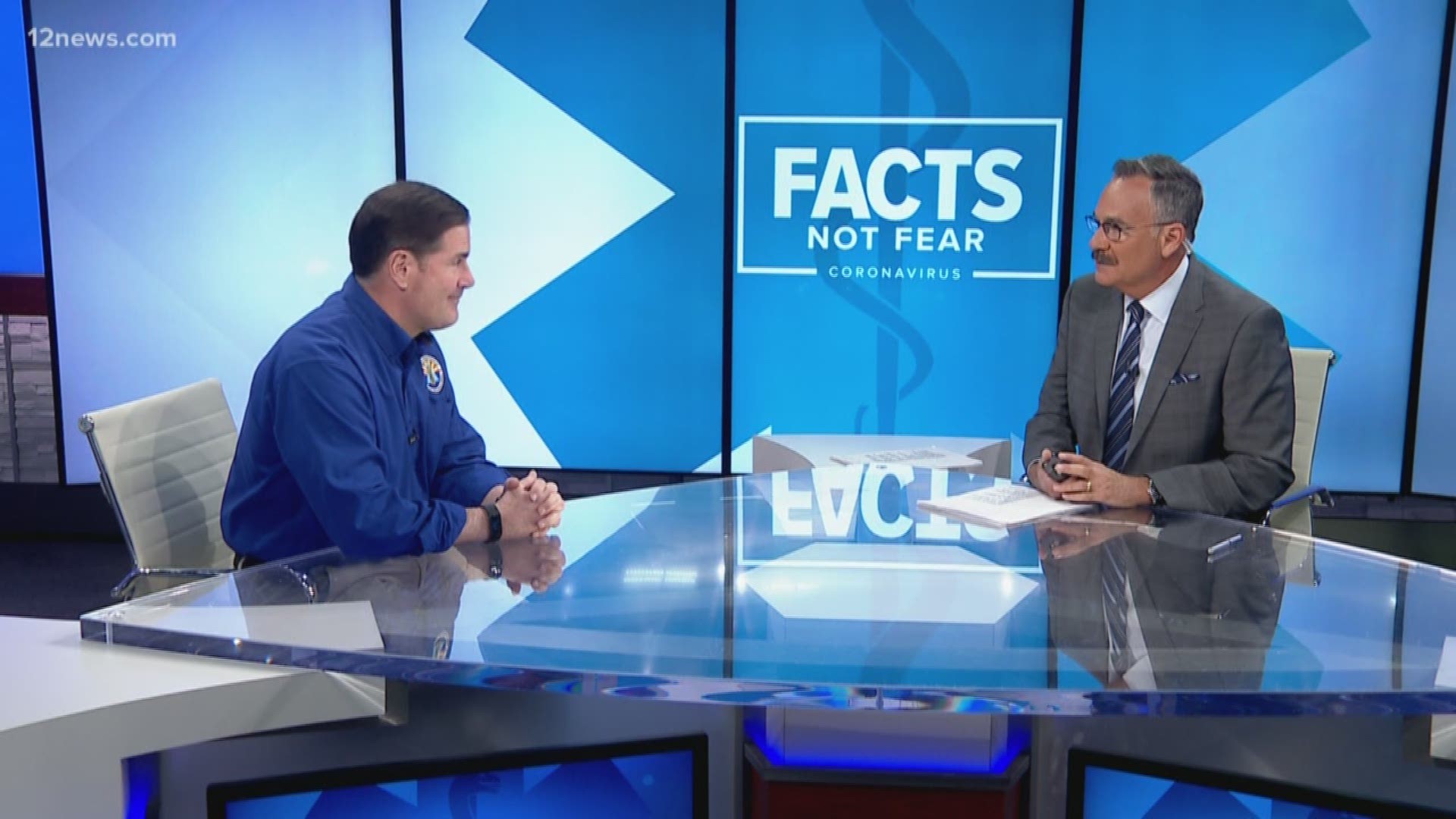