Pentagon letter reveals Guard would do more than haul groceries. Ducey wants more than 5,000 troops over 6 months to deal with ‘catastrophe’ 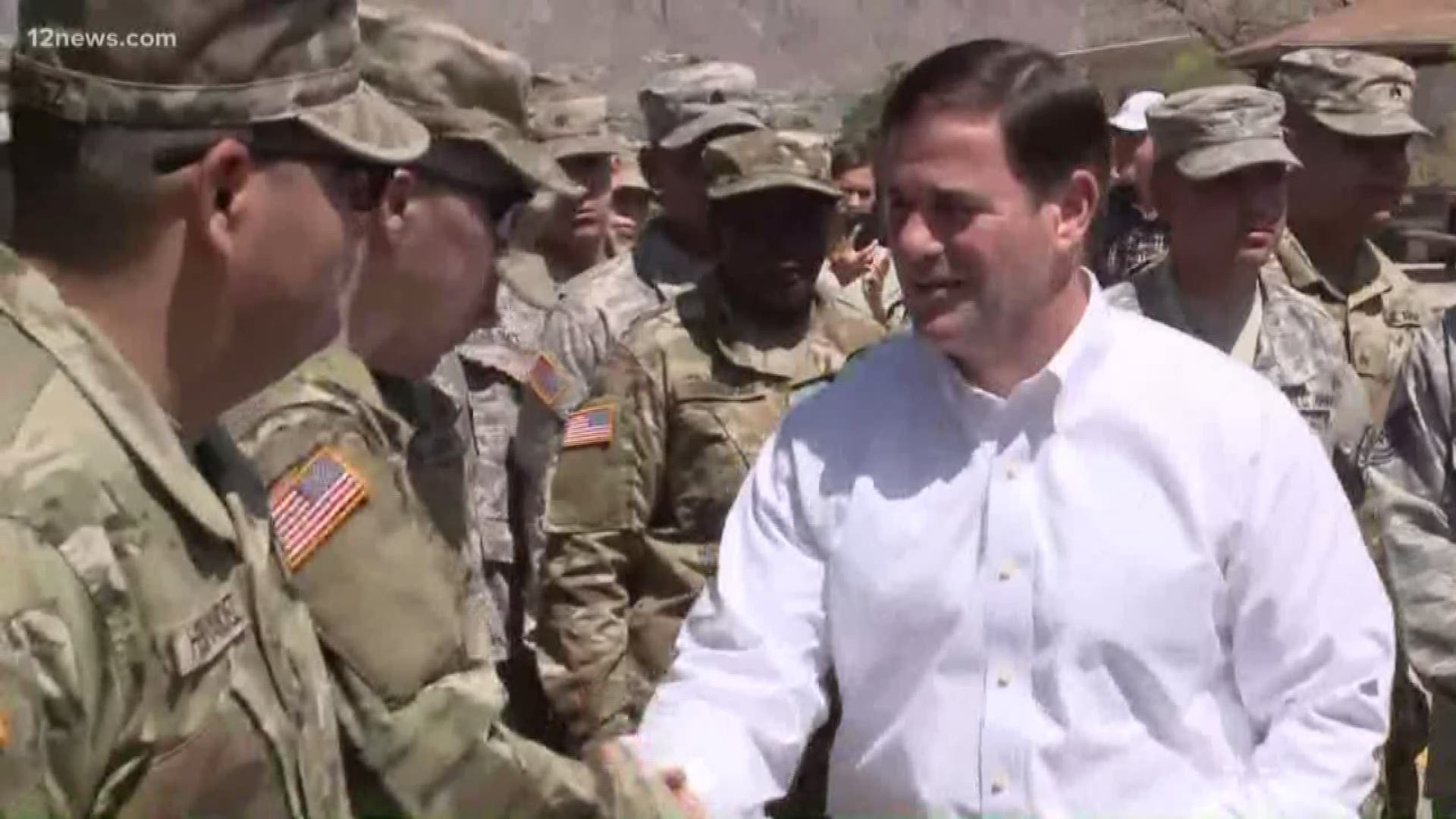 PHOENIX — In a letter Friday to the Pentagon, Arizona Gov. Doug Ducey is seeking funding for activating more than 5,000 National Guard troops to deal with a health care and economic crisis that has “overwhelmed” the state.

“State of Arizona resources are being overwhelmed,” the governor said in the letter to Defense Secretary Mike Esper. “Additional federal funding is critical.”

The letter was provided to 12 News.

Ducey is asking the Defense Department to cover the 25 percent of the cost of activating the Guard that the state must pay, according to the governor's staff.

The potential Guard mission envisioned by the governor goes far beyond what was described after he announced the troops’ activation Thursday.

The focus initially was on shipping groceries to supermarkets whose shelves are being stripped bare by shoppers.

“We are going get the food that's in the warehouses trucked to the locations on the backside of the store, and get it out as quickly as possible,” Maj. Gen. Michael McGuire, the Arizona National Guard’s commander, told reporters Friday.

According to Ducey's letter (see below), the Guard mission would include:

- Hauling food and other necessities to grocery stores

Federal law doesn’t bar the National Guard, with a governor’s authorization, from providing law enforcement in its home state.

Under Ducey’s request, the Guard deployment would last six months, into September.

On Sunday, Arizona public health officials reported the second known death caused by the coronavirus, both in Maricopa County

A total of 152 Arizonans have been diagnosed with the coronavirus since late January. Two weeks ago, there were just five diagnosed cases statewide.

Coronavirus symptoms can include fever, coughing, and difficulty breathing.

In contrast with his more measured public statements, Ducey describes the coronavirus crisis as a catastrophe that has decimated the state’s service industry; placed pressure on parents as schools close “without a definitive end in sight”; and “degraded the ability” of health care providers to care for patients in the face of “exponentially increasing numbers of infected people.”

“Without the authorization of (federal funding), Arizona will be incapable of quelling this risk to the state and nation.”

Spokesmen for the governor said the language in letter was "boiler plate" used to obtain federal assistance.

"This is standard language for something like this," said Patrick Ptak, the governor's director of communications.

"Our messaging has been transparent. We’ve been open about how we’re describing this."