The announcement comes on the same day the state opened the indoor drive-thru location in Mesa to replace the site at Chandler-Gilbert Community College. 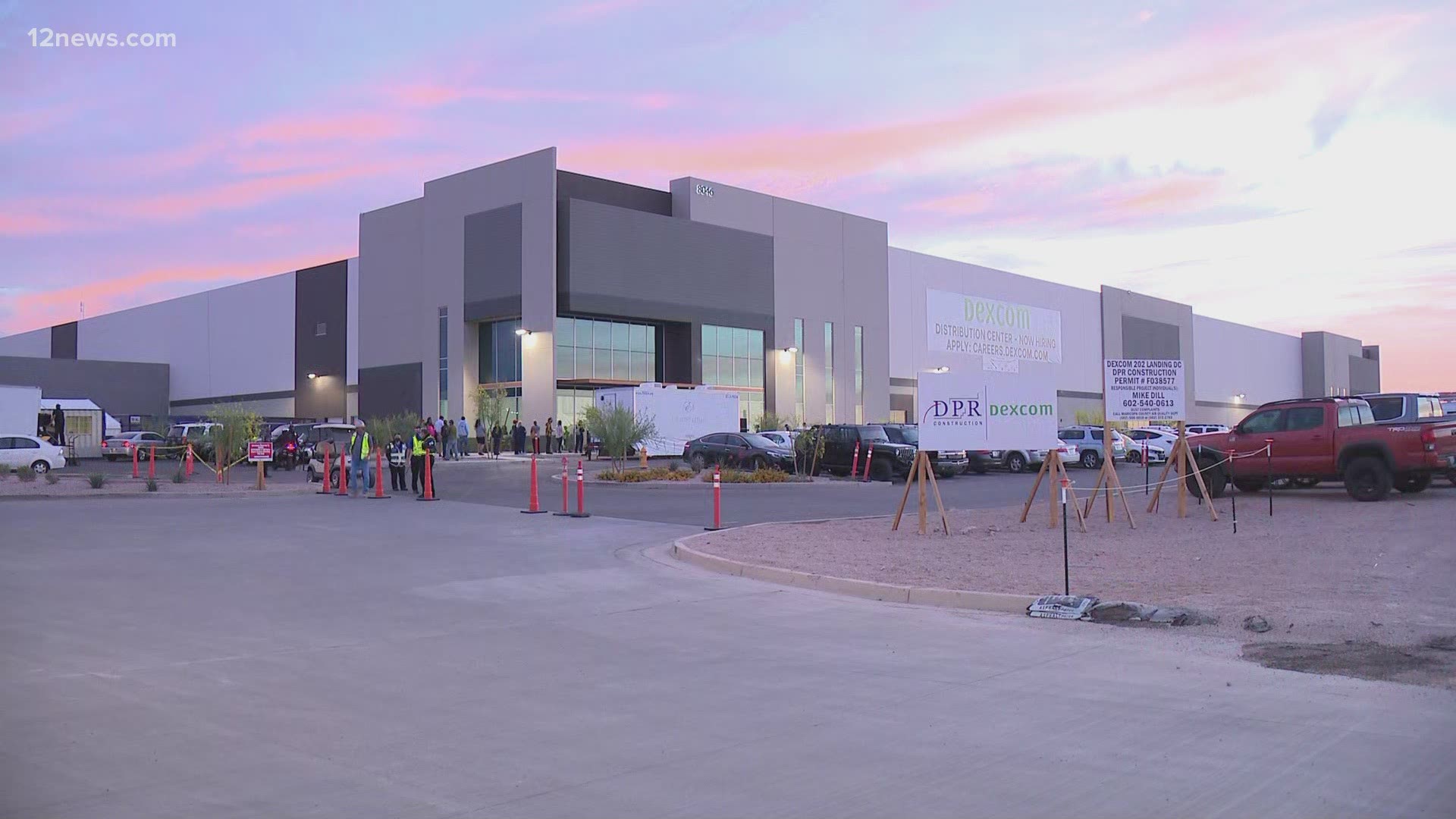 SCOTTSDALE, Ariz. — Governor Doug Ducey and the Arizona Department of Health Services announced on Monday the state will be opening another COVID-19 vaccination site later this month in Scottsdale at WestWorld.

The announcement comes as Arizona opened its first indoor drive-thru vaccine site in Mesa on Monday at a distribution center operated by Dexcom on Ray Road near the Loop 202 Santan Freeway and Power Road. The Mesa site replaced the site at Chandler-Gilbert Community College as Arizona turns to indoor options as the heat picks up.

“With another new site, Arizona is once again expanding our capacity to provide the COVID-19 vaccine to all Arizonans,” Gov. Ducey said in a release. “Out of the more than 3.7 million vaccine doses administered in Arizona, more than 1 million of those doses have been provided through state-run vaccination sites. I encourage all Arizonans to schedule an appointment and get vaccinated as soon as possible. The vaccine is safe, effective, and free of charge.”

Health service company Cigna will handle day-to-day operations of the site, including clinical staffing and pharmacy services, according to ADHS.

In addition to the two new indoor sites, the State Farm Stadium site will move to Gila River Arena indoors on April 23.

This week, the drive-thru State Farm Stadium site will begin operating between 5 p.m. and 9 a.m., shifting from 24/7 operation with temperatures rising. This site has administered nearly 700,000 doses since opening Jan. 11, ADHS says.

Additionally, an indoor vaccination site at Yuma Civic Center transitioned to a state-run operation on Monday, March 29, with 8,000 appointments per week initially and capacity for 4,000 appointments a day.

At 11 a.m. every Friday, ADHS makes appointments available at state-run sites of the following week. Registration for these and many other sites is available at podvaccine.azdhs.gov or by calling 844-542-8201 between 8 a.m. and 5 p.m., 7 days a week.

Both resources offer assistance in English and Spanish. Information about all vaccination sites across Arizona can be found at azhealth.gov/findvaccine.