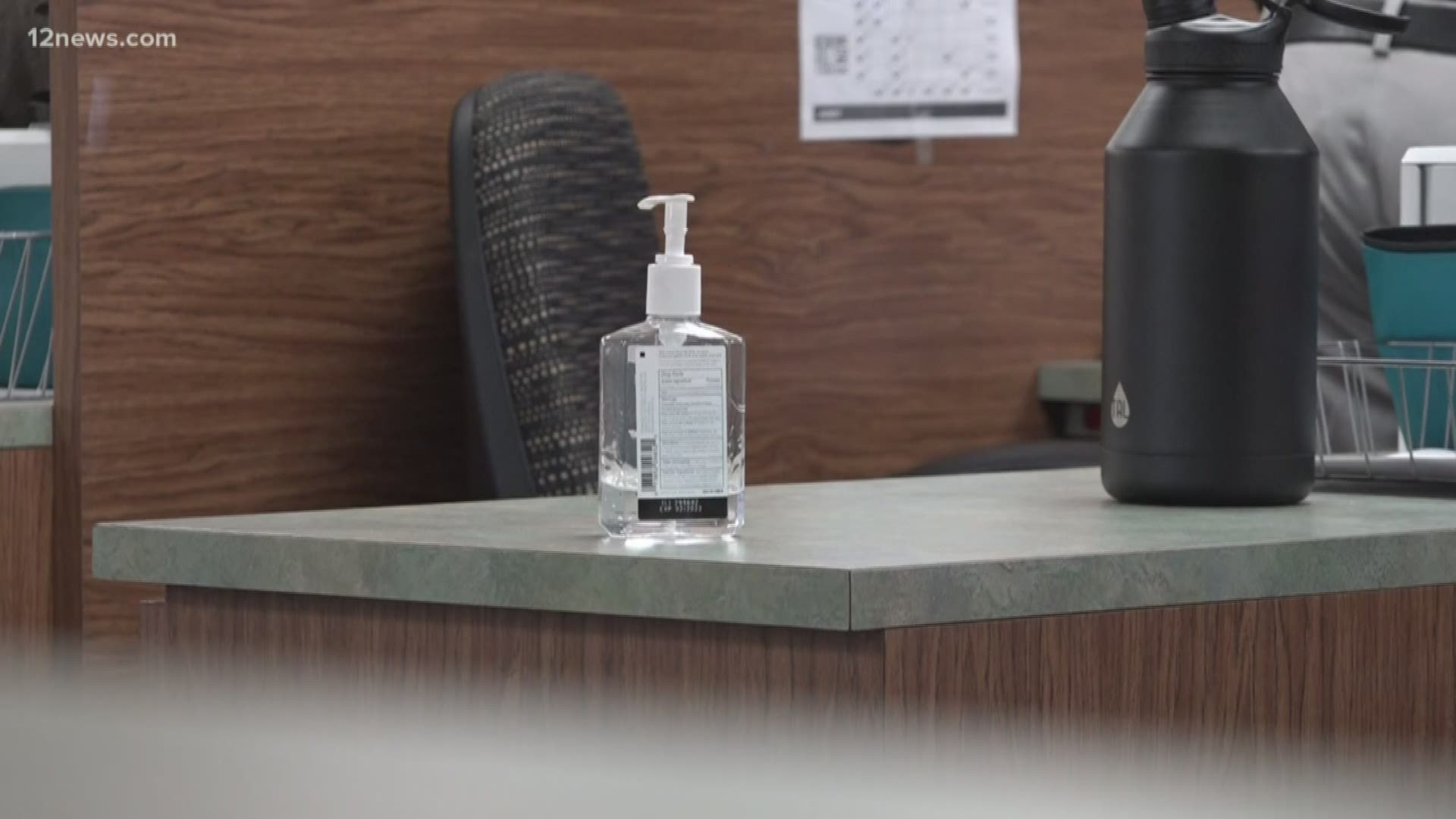 PHOENIX — Gov. Doug Ducey announced he is issuing an executive order to implement changes statewide to slow the spread of the coronavirus.

In a series of tweets Thursday, Ducey said he is requiring restaurants in counties with confirmed cases of COVID-19 to provide dine-out options only. Restaurants are allowed to deliver alcoholic drinks with a food purchase.

The executive order also closes all bars, movie theaters and gyms in the affected counties.

These changes are effective at the close of business on Friday, March 20.

Ducey is activating the National Guard to help grocery stores and food banks.

All elective surgeries in the state have been halted in order to free up medical resources.

MORE: Here’s how to get tested for coronavirus in Arizona

Expiration dates on Arizona driver licenses have been delayed to make sure people over the age of 65 don't need to visit Motor Vehicle Division offices to renew their licenses.

The delay in expiration dates also applies to drivers of commercial vehicles.

"The Arizona National Guard is proud to support the governor's robust, integrated action plan to serve our local communities in light of the spread of COVID-19. The approximately 7,600 Citizen-Soldiers and Airmen of the Arizona National Guard take this mission seriously as they are from the cities and towns we are about to serve. Domestic response is part of what we do as we've demonstrated in emergencies such as airport security after 9/11, Monument Fire in 2011, Hurricane Harvey in 2017, and the Havasupai Floods in 2018.We will communicate frequently as we define our requirements to support the logistical supply chain system."

Earlier this week, Ducey faced mounting pressure to take sweeping action against the coronavirus as several local governments announced states of emergency to get funds and additional assistance.

Many of those cities also ordered businesses to close or change the way they operate in an effort to combat the spread of COVID-19. Until now, Ducey had been allowing those decisions to be made at the local level.

RELATED: As businesses close, Arizonans faced with how to make ends meet