"I might sound optimistic but that's because I finally see a trend in the right direction, that doesn't mean we are where we need to be. We have a long way to go." 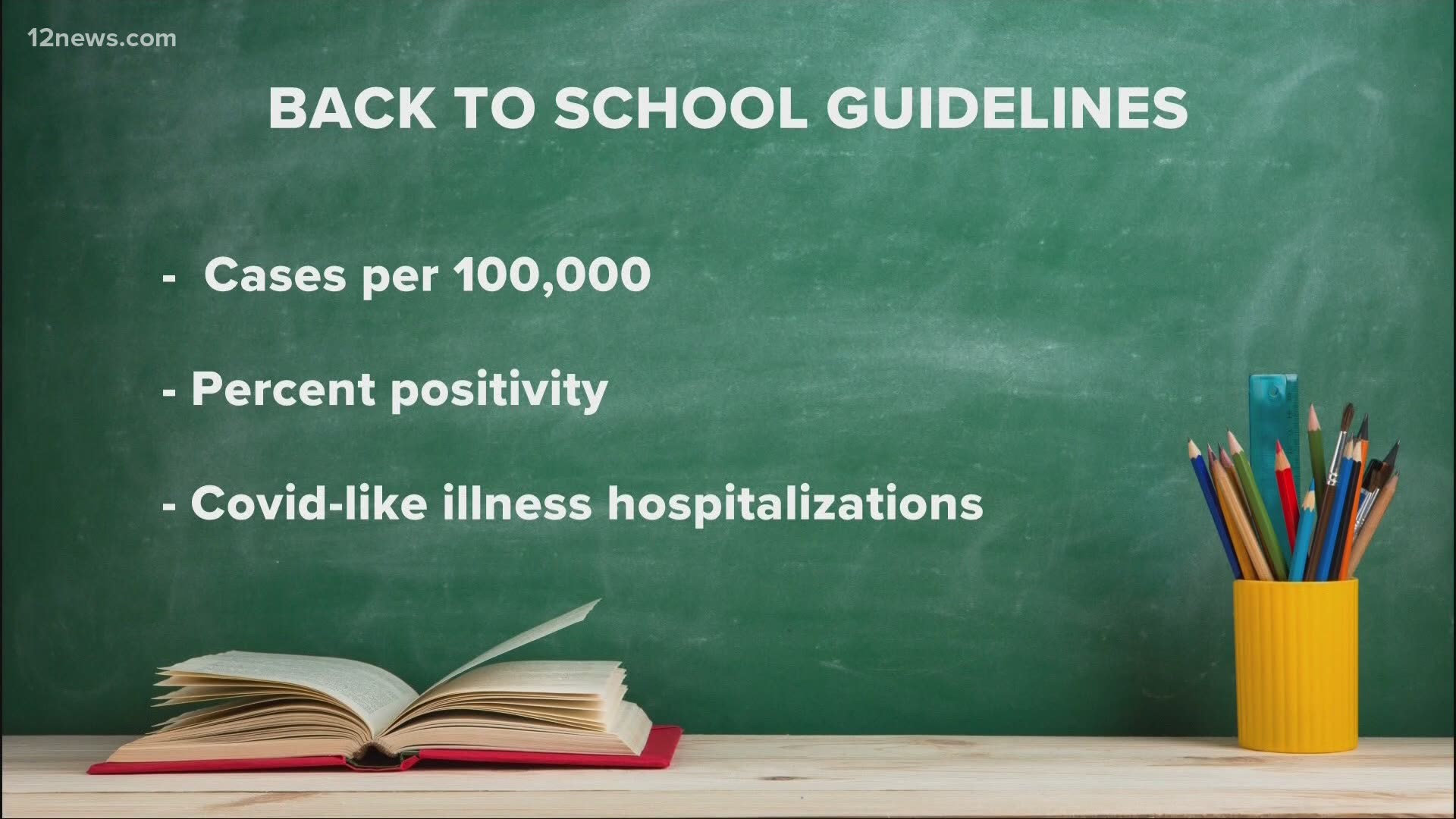 PHOENIX — On Thursday, the Arizona Department of Health Services reported more than 1,400 new COVID-19 cases and 70 deaths. It's the fifth straight day with more than 1,000 newly reported cases.

However, new cases are plateauing across the state.

But context is everything and even though we are seeing a drop in new cases and patients in the hospital. Arizona still remains one of the hot spots for the virus.

According to CovidExitStrategy.org, Arizona ranks fifth for the number of current hospitalizations, fifth for new cases in the last week, and fifth-highest for positive test rates.

"We're going to be living with this for a long time," said former Arizona nurse Aimee Gormady.

Gormady worked as a nurse for 10 years. In March, as cases of COVID-19 began to surge across the state, her husband, son and his girlfriend were among some of the first to test positive for the virus.

"I started noticing the symptoms, got medical equipment that was going to make their lives easier and mine in order to track what was going on," said Gormady.

The numbers have improved after the governor's executive order in June closed down bars, nightclubs and gyms for a second time.

ICU and inpatient beds in use have fallen from 90% to 83% since early July. The seven-day average for new cases have gone down from several thousand a day back in July to under 2000 in the first part of August.

So why are we seeing a fall in numbers?

"It's pretty simple. What we are seeing is the effect of allowing the cities and counties to put face-covering requirements and that has been having an impact for the last six weeks," said former ADHS Director Will Humble.

Humble says closing bars, nightclubs and gyms has made an impact on improving numbers. He says if Ducey chooses to re-open businesses soon, CDC guidelines like masks and social distancing will need to be followed to keep the state going in the right direction.

For Aimee, her family has now recovered, but she says those guidelines need to be taken seriously.

"Just use common sense when dealing with each of the symptoms."

"Dignity Health hospitals in Arizona are beginning to see the number of hospitalized COVID-19 patients stabilize. We continue to follow our surge plans and closely monitor capacity, staffing levels, PPE and medical equipment availability to ensure we remain prepared for expected fluctuations in capacity and acuity. Although our hospitals are seeing COVID-19 hospitalized cases stabilize, we want to remind the public to continue taking prevention precautions and following infection control guidelines to slow the spread of the virus."