‘Am I going to get better from this?’ Texas woman, 33, says she wouldn't wish COVID-19 on anyone

Sara Tucker was the seventh Tarrant County resident to test positive for the novel coronavirus. She is young, healthy and has no underlying medical issues. 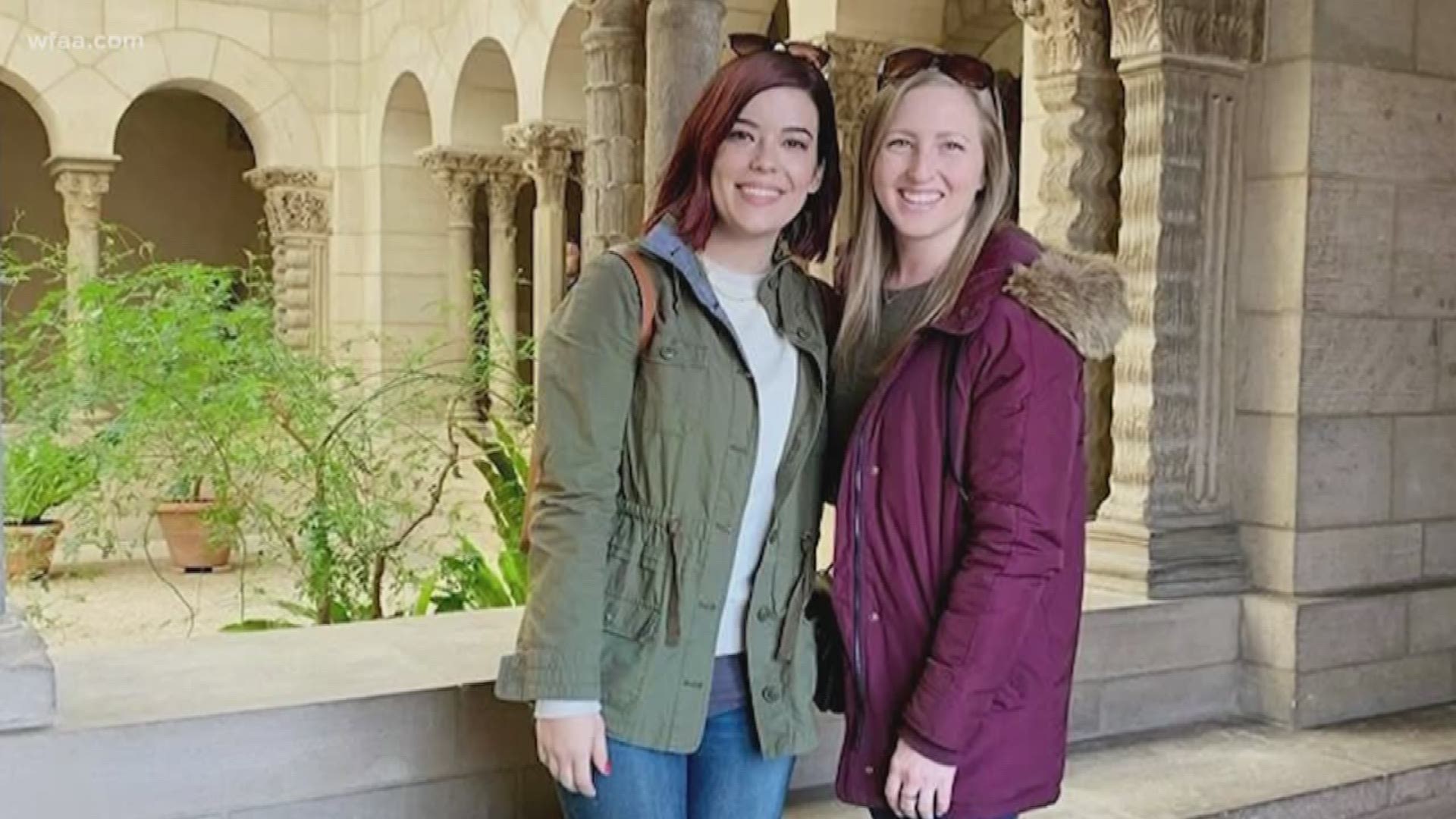 FORT WORTH, Texas — Sara Tucker is 33 years old, lives in Fort Worth, and is nine days into her battle with COVID-19.

We spoke to Sara Tucker via Skype from her apartment Thursday afternoon, where she remains quarantined, and she still felt awful.

“I was hoping to feel better by now," said Tucker.

She said as of Thursday morning she still had a fever over 100 degrees.

"It was over 101 for about four straight days," Tucker said, describing her symptoms. "Just terrible body aches. The worst imaginable. I sometimes just sat in the tub and cried because there was just no relief.”

Tucker is young and healthy, with no underlying issues or chronic conditions.

“But I feel like my body has been through a battle, like someone has just beaten me up,” she said. “As hard as it’s been for me, I can’t imagine someone who is elderly or has asthma or any sort of underlying issue. There’s been times where I’ve asked people, ‘I’m going to be OK, right?’ Because I felt so sick that it was scary.”

Credit: Sara Tucker
Sara Tucker, right, visiting a friend in New York City. Her friend has not yet developed symptoms of the coronavirus, but she remains in quarantine.

Tucker flew to New York City to visit a friend on March 6. While there, she started hearing that positive cases of coronavirus were increasing around the city and across the country.

She says she was shocked to get COVID-19, because she had taken so many steps to protect herself on her trip.

“We took every precaution we could. We avoided the touristy areas. We weren’t touching a lot. I was using hand sanitizer and washing my hands constantly," she said.

But still Tucker believes she came in contact with someone who was coughing or breathing close to her and had the disease.

She flew home to Fort Worth on March 9 and two days later, she developed a dry cough. Then came a low fever, which quickly spiked. Then the body aches. And the shortness of breath.

Fighting to get tested

When the aches became “excruciating” and the fever wouldn’t go away, Tucker went to a walk-in clinic operated by her primary care physician. They tested her for the flu. It was negative.

“They said I did have all of the symptoms of this virus but at the time, and still -- as far as I understand -- there was such a shortage of tests that they weren’t allowed to test me. They called [the Tarrant County Health Department] and tried to get permission, but I just wasn’t critical enough with my age and everything," she explained.

Doctors there thought Tucker had COVID-19 and told her to go home and self-quarantine.

She did. But things got worse.

Tucker’s breathing became so labored, she felt like she needed to go to an emergency room.  But she didn’t want to expose anyone else.

Before going to an ER, she wanted advice. She says she called Tarrant County’s coronavirus hotline, the Tarrant County Health Department, 211 and her own doctor -- but it was a Sunday.

“We just kept getting voicemails,” she said.

Her husband eventually drove her to an ER.

Wearing a mask, he went in and alerted staff to his wife’s condition. She was rushed into a room and isolated.

A chest x-ray showed she had pneumonia.

But she still couldn’t get a test, because, she says, she wasn’t in a high-risk category and because of her age.

Tucker called her insurance company. They found a doctor in Dallas who was able to test her.

She got the results Tuesday.

She was the seventh Tarrant County resident to test positive for coronavirus.

“I’m so glad I was able to get tested so that people know it is here and probably more widespread than we even think,” Tucker said.

She’s aware that people have dismissed the coronavirus as just a bad cold or the flu.

“People kept saying it only affects old people, but here I am, you know,” she said. “I’m 30-something and it’s been awful. It’s very serious. It’s not something that’s made up. I’ve experienced great pain. All the symptoms. It’s been scary. There’s been times where I thought, 'Am I going to get better from this?'”

“I honestly wouldn’t wish it on anyone,” she said.

Tucker remains in isolation in her Fort Worth home.

So far, her husband has not shown any symptoms, nor has the friend she visited in New York City. Both of them are quarantined as well.

“In one way I’m glad it’s me, a younger healthier person and not someone that’s older or higher risk. I can fight it off, but I’m worried about the people that can’t,” Tucker said.