A Phoenix father of 7 delayed a doctor's visit out of concern for COVID-19. Now his wife is planning his funeral.

“If he would have gone to the doctor in January, this would have never happened," Bridget Boccieri said about her husband. 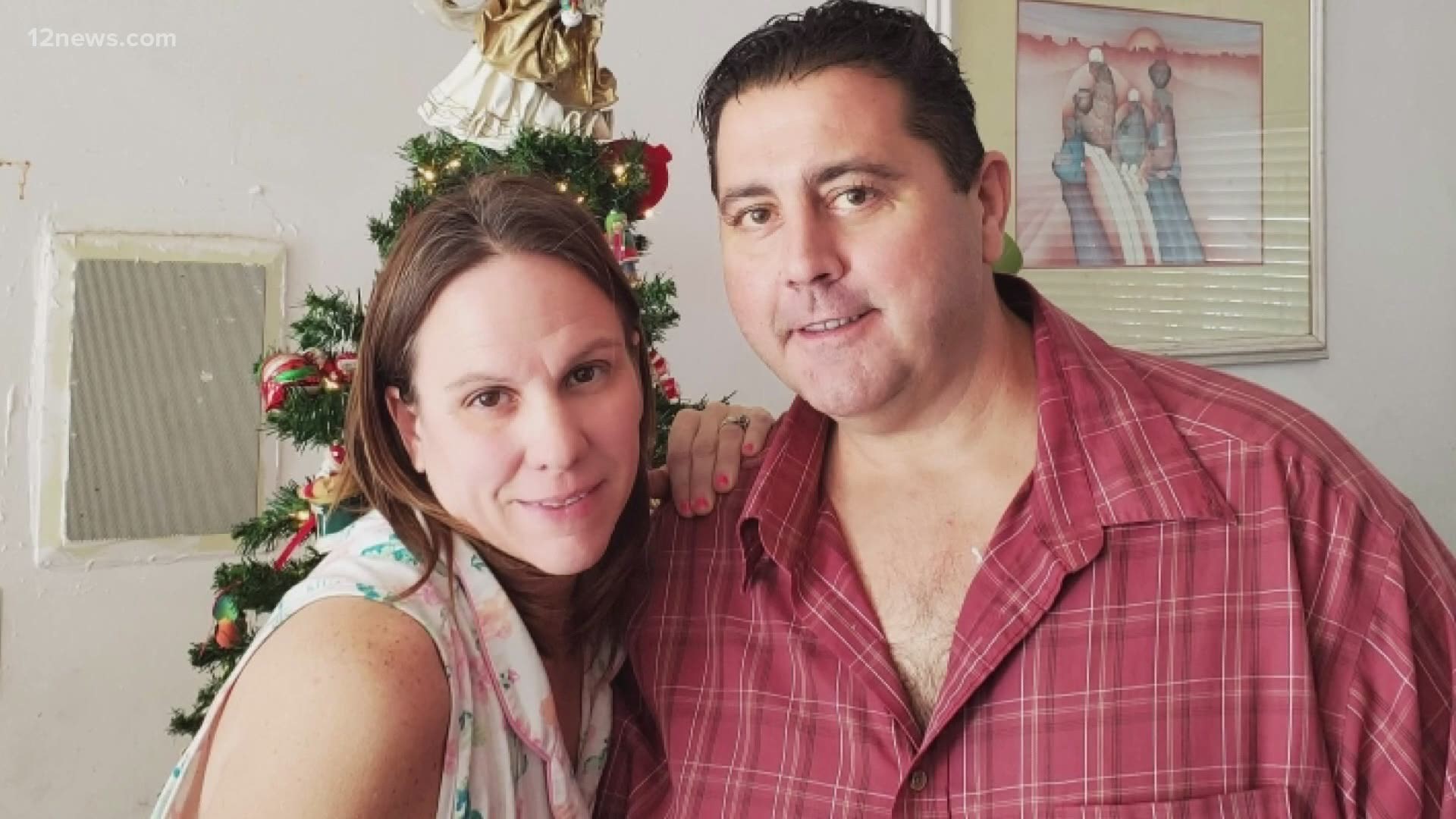 "My kids game was Uno, and every night he would play Uno," Boccieri said.

Being present with the couple's seven kids, she said, was just in Chris' nature.

"You couldn't ask for a better dad," Boccieri said.

But in January, Chris' stomach started hurting. Then in February, Boccieri said she started noticing her husband was getting weaker and more tired while still complaining of stomach pains.

But he kept putting a doctor's visit off.

"He’s like, 'Bridget if I got to the doctor, what if I get COVID when I’m there?" Boccieri said she would tell her husband, "Let’s get rid of the Covid. You need to get checked out.”

The day Boccieri said Chris agreed to go to the doctor, he fell in the shower.

"We took him to the hospital they told me he was in liver failure and his kidneys were shutting down," Boccieri said. "I said, ‘How? He was fine, he was walking he was talking.'"

On Tuesday, Boccieri lost her husband, her best friend of 20 years, and the father of their seven kids aged four to 17.

"To have him out of our life it's just not fair," Boccieri said.

Dr. James Keane said people's reasons for not going to the doctor existed before COVID-19, whether concerns of financial troubles, what might happen when they're there or being infected with another disease.

But Keane said the pandemic has kept more people from seeking care.

“Concern is much higher," Keane said.

Keane said things like having trouble breaking, chest pains or any active bleeding should be an immediate call to 911 or mean getting straight to medical care.

Keane said it's important not to delay even annual exams. Keane compares our bodies to a car. If you skip routine maintenance the problems can build up.

Seeking care sooner is something Boocieri believes might have kept her husband alive.

“If I could just tell everybody if you’re sick, if you don’t feel good, go get checked out because it could save your life," Boccieri said.

If you want to help Boccieri and her family out as they prepare Chris's funeral, you can do so at the GoFundMe set up for the family here.