“Remember there is a light at the end of the tunnel, stay moving, stay healthy, continue to do the things you love, at one point or another we will get out of this.” 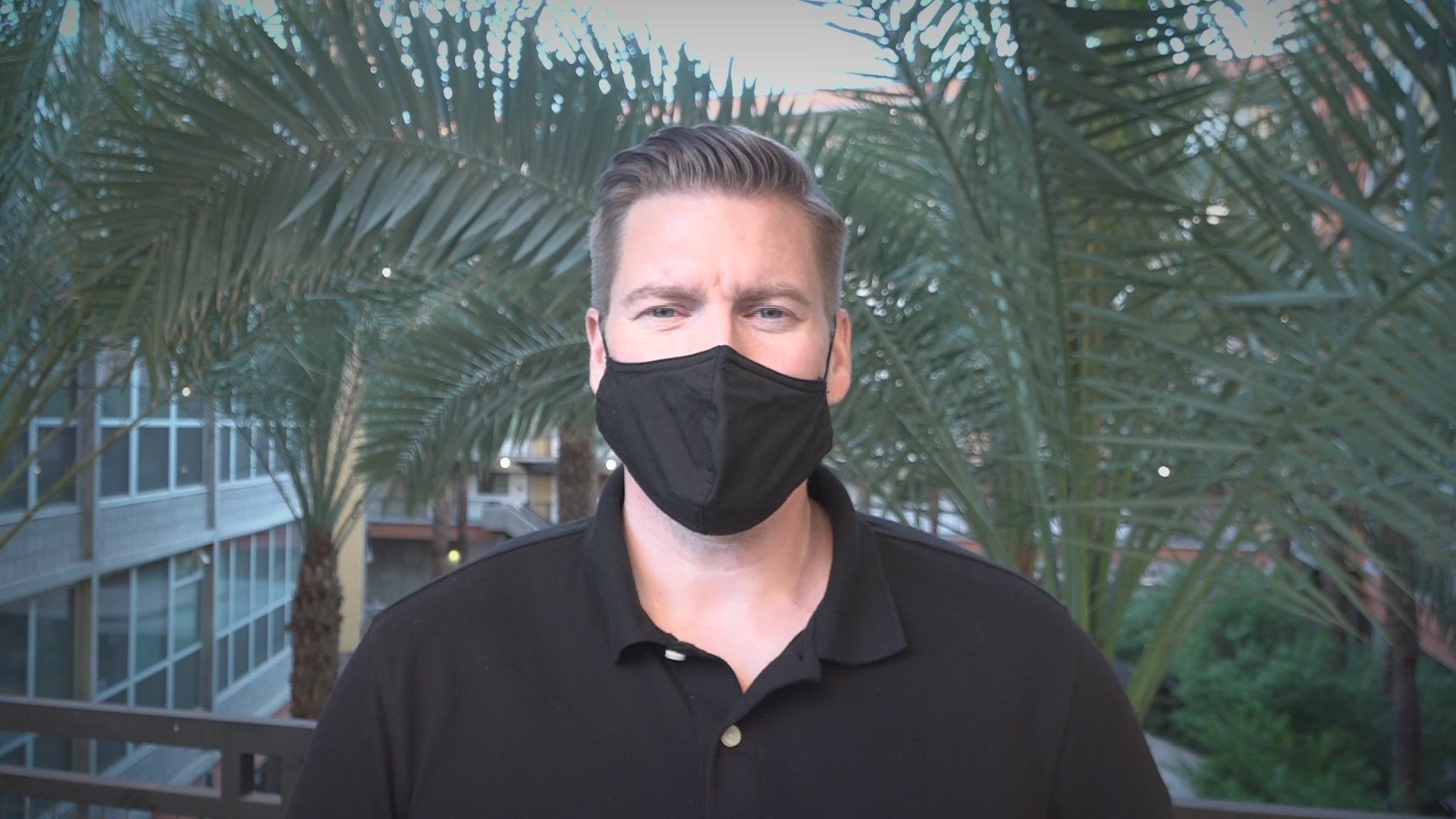 PHOENIX — It was back in April, during the initial surge of COVID-19, that Phoenix-area nurse Ian Youngblood left home to help thousands in New York fighting the virus.

The former college rugby player and firefighter was on the front lines battling when he found out he was about to fight a battle of his own after he started experiencing excruciating pain and nausea.

He was admitted to the ICU at White Plains Hospital, where tests and scans identified a large mass in his brain.

He was quickly scheduled for emergency surgery to remove a large percentage of the tumor.

"As a 29-year-old, you don't ever think brain cancer, what?" said Youngblood.

His diagnosis was Stage IV glioblastoma.

Five months after his surgery and radiation, Ian is striving to live each day to the fullest.

“My hair is starting to grow back a little bit, so that’s nice. I haven’t had this haircut since the fire department,” said Youngblood.

In July, 12 News spoke with Neuro Oncologist and Director of the Ivy Brain Tumor Center in Phoenix Dr. Nader Sanai about the rare form of cancer.

Glioblastoma claims the lives of more than 10,000 Americans every year.

Sanai is part of the team overseeing Youngblood's treatment.

He told us in July that although the survival rate is low it doesn't mean there isn't hope to beat cancer.

"These are populational statistics, they don't describe you or predict your future," he said.

Although Youngblood has had to rethink his future plans, he embraces life as an opportunity to make a difference.

“With my prognosis like how long I may be around, what do I want to do? What do I need to do? I’ve always been a caregiver. I’ve always been someone that tries to look after the next person. Timing has definitely impacted my view on everything,” said Youngblood.

He credits his late grandfather Alan as the person who inspires his drive get up every day and care for others.

"He was a big impact, and I would never have gotten where I am today without his help and his love.”

Both Youngblood and his Great Dane Kinji are avid hikers and workout daily.

He continues to see patients and focus on his own healing.

As the new year approaches, his message for anyone struggling is to take four breaths and know there is light at the end of the tunnel.

“Remember there is a light at the end of the tunnel, stay moving, stay healthy, continue to do the things you love, at one point or another we will get out of this,” said Youngblood.

Youngblood, in partnership with Custom Ink, is raising support for cancer related surgeries and other life expenses.

"Youngblood Strong" T-shirt information is listed on the website.

Family and friends also set up a GoFundMe account to help with his treatment and costs.