'A force to be reckoned with': Remembering Phoenix Postmaster who died from COVID-19

"It was hopeful, hopeful hopeful and then all of the sudden - we don’t think he’s going to make it through the night." 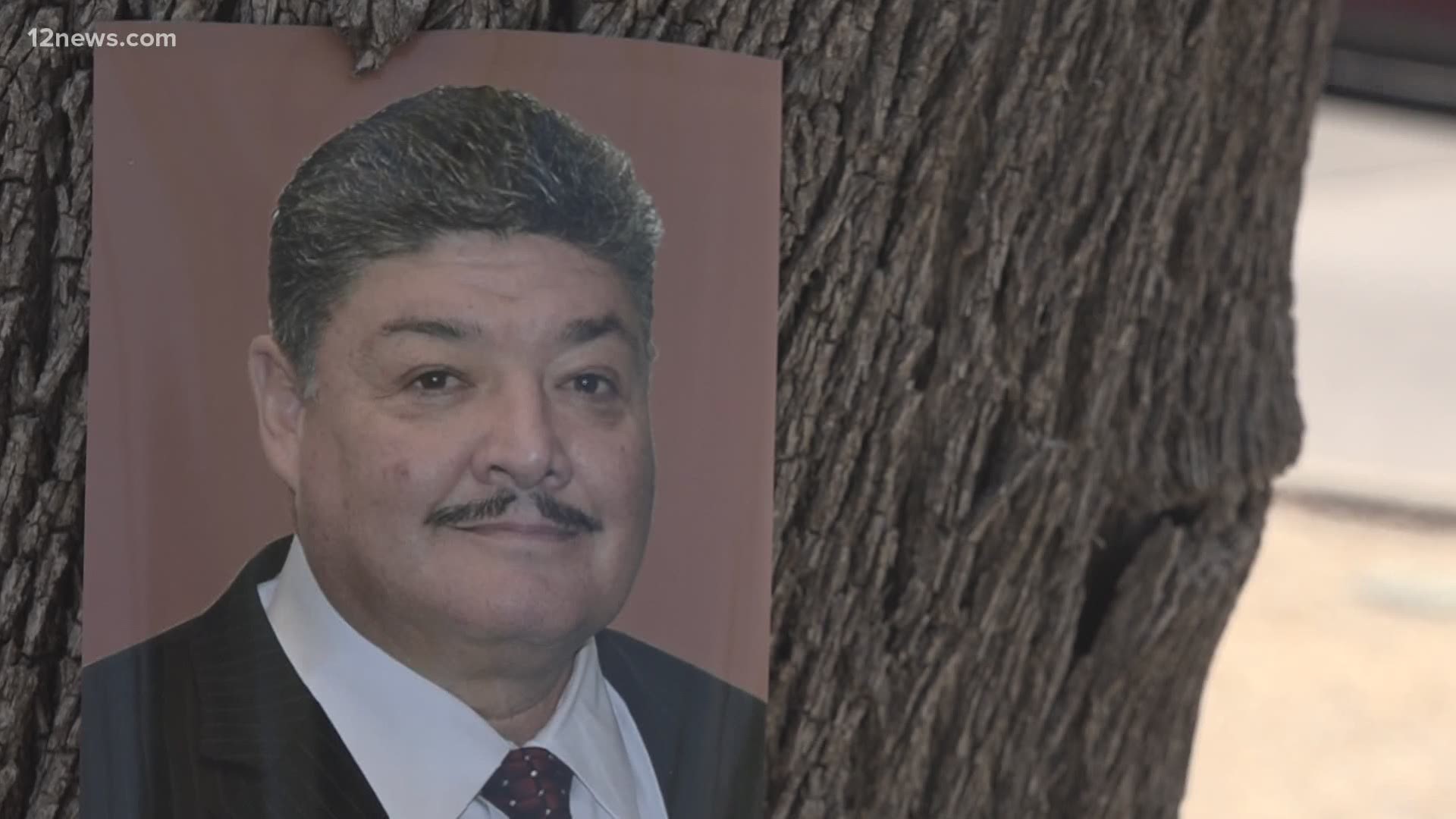 "He was definitely a force to be reckoned with," says his daughter Nicole.

And now he’s making headlines again but for a heartbreaking reason.

His family says he died from COVID-19 on Tuesday after weeks of being in the hospital.

Trujillo worked his way up the ranks at the U.S. Post Office, from helping build the Central Office in Phoenix to becoming Postmaster for the whole city.  He spent 31 years with USPS and really put his stamp on society.

"This is a man who’s overcome all odds," says his daughter Nicole. "Anything he’s ever been up against.  I think we were all holding out a little bit of hope that maybe, just maybe, he could do this, too."

Trujillo's family says he was hospitalized with the virus in June.  He had good days and bad.  They say he ultimately had to go on a ventilator.

"It was hopeful, hopeful and then all of a sudden we don’t think he’s going to make it through the night."

His children say they shared their final moments with him over the phone.

"For me, it was like please take care of them," tells his daughter Mikki. "Make sure they know I love them. That was my conversation with him."

He also leaves behind 8 grandchildren.

"We obviously wish they had more time."

Their hearts heavy, but also full of the many memories, like the time he tried out to be the Phoenix Sun's gorilla.

His radiating confidence, from his job to coaching to just being dad and grandpa, really made this Postmaster the whole package.

"He enjoyed every moment of everything."

The USPS sent the following statement to 12 News:

We are saddened to learn of the passing of one of our own leaders. Humberto "Junior" Trujillo was the Postmaster of Phoenix, AZ, and was a 31- year veteran of the Postal Service. Phoenix was his hometown and he rose through the ranks to eventually lead thousands of Postal employees. He served his community with dedication and distinction. Our thoughts and prayers are with his family at this time. The Postal Service is offering employee assistance services to his family and coworkers.

RELATED: Parents: It's OK to give yourself a break while caring for children during coronavirus pandemic

RELATED: ‘We were planning our wedding’: Valley family mourns woman with coronavirus who died while giving birth