A crowded Phoenix concert was caught on camera during the COVID-19 pandemic. But what will be done? 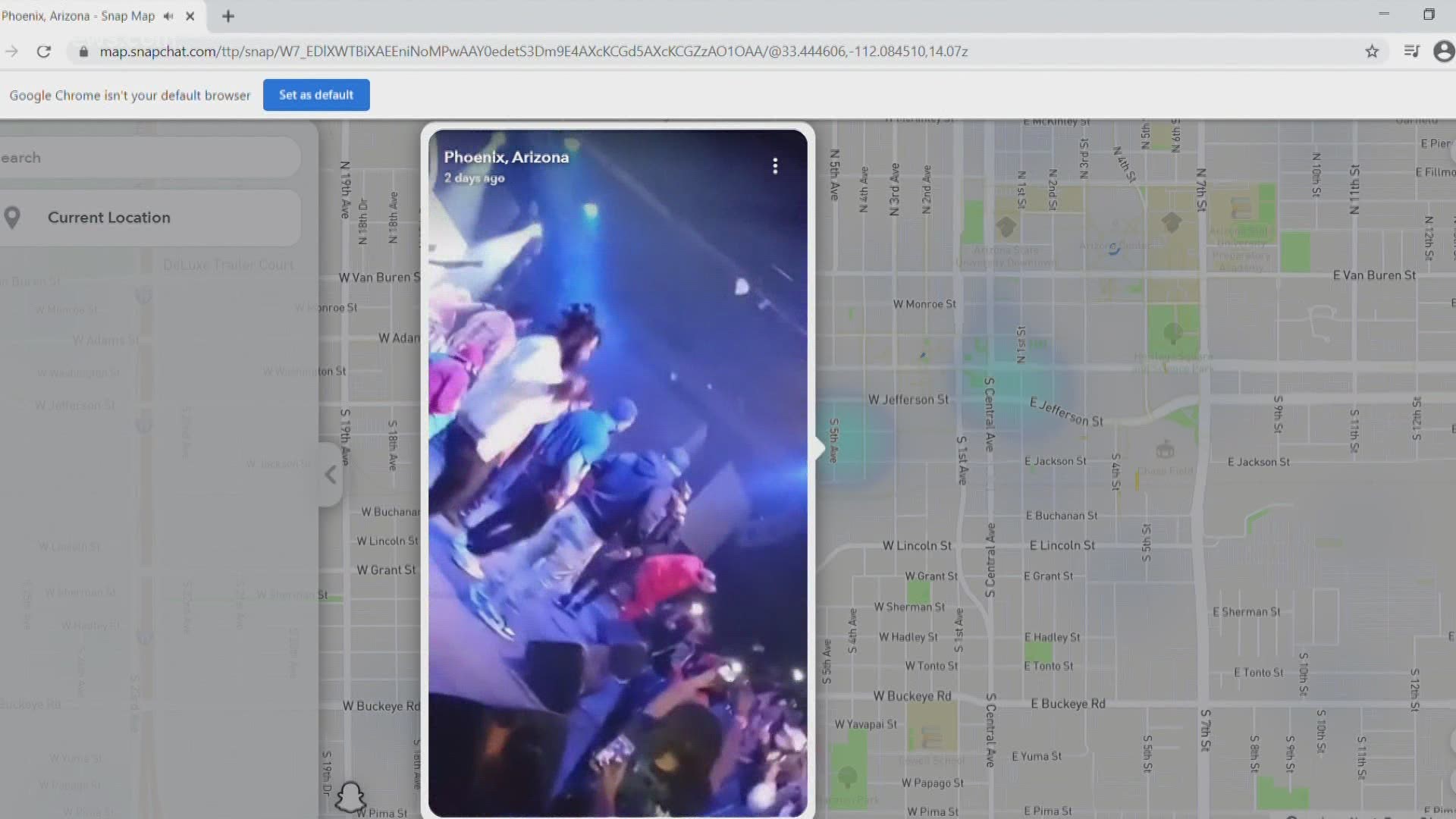 PHOENIX — Editor's note: The Arizona Department of Health Services ordered The Pressroom to close its doors and suspended its liquor license on Wednesday.

Saturday night in downtown Phoenix: A scene that would not look out of place a year ago, now a stark contrast to the recommendations of health experts.

On Saturday night, a Snapchat video seemed to capture a concert going on at The Pressroom in downtown Phoenix.

The videos show what looks to be hundreds of people packed close together, listening to music. Some of the party-goers look to be maskless.

“I'm not surprised one bit,” Will Humble, former ADHS Director and executive director of the Arizona Public Health Association, said.

Health experts have warned against mass gatherings without proper social distancing, especially as the virus is widespread.

Based on the guidelines from the state, bars and clubs should not be able to put on events like this.

Humble said he hears of similar events happening all the time.

"There will be accountability and there will be enforcement." Those were the words from Gov. Doug Ducey last summer.

The state does have guidelines in place aimed at making sure bars and clubs follow the needed steps to help slow the spread.

The rules include wearing masks and social distancing steps like banning dancing.

The businesses had to submit an attestation in order to open back up, basically promising they would follow the rules.

However, enforcement seems to have been few and far between. In the first few months following the new rules, some bars did see their liquor licenses temporarily pulled.

Humble said since then enforcement has gotten lax from the state. He said that has led to more businesses ignoring rules even as cases and deaths rise.

“This isn’t bad luck. We are not the worst in the world because of fate and bad luck. It’s the choices,” Humble said.

The state health department says the event at The Pressroom has been reported to the enforcement operation and the Department of Liquor Licenses and Control.

The city of Phoenix said The Pressroom did not provide plans to hold a concert, nor the mitigation steps it was taking.

There is no word if there will be any ramifications from the event.

12 News tried to reach The Pressroom and its owner but did not hear back.