The Centers for Disease Control and Prevention began studying e-scooter injuries in December and says the head injuries are caused by lack of helmet use. 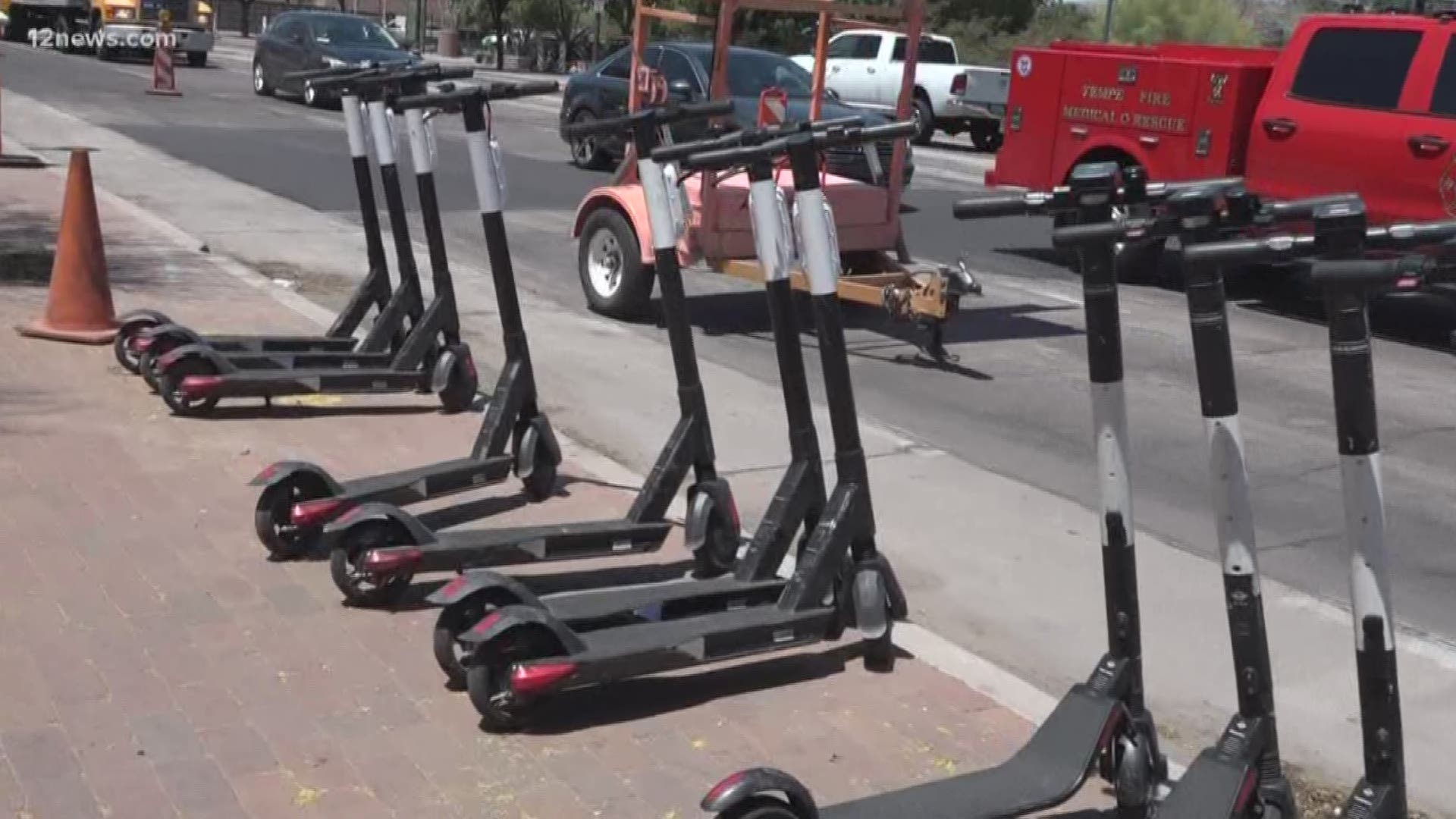 PHOENIX — A Tempe man is in the hospital recovering from serious injuries after a car struck him on Baseline Road near Kyrene Road Wednesday morning.

According to Tempe police, the man was not wearing a helmet. Also according to police, no criminal charges are pending in this case.

Wednesday morning's accident is part of a larger trend nationwide was electric scooters from companies like Bird, LimeShare, Lyft, and Uber have hit the streets in the last year.

The Centers for Disease Control and Prevention will release a study Thursday that found that 45% of the reported e-scooter injuries were head injuries and that many of those head injuries came as a result of scooter riders not wearing helmets.

According to the CDC, the study came about after scooter injuries reached nearly 1,000 per month in December.

Banner Health Injury Prevention Coordinator Melissa Luxton said in a video produced by Banner Health that many riders are unfamiliar with the scooters before hopping on one.

The lack of familiarity, the high speeds, and the lack of protective gear such as helmets and padding for knees and elbows have resulted in many injuries locally, according to Luxton.

Luxton recommends that scooter riders wear protective gear and also practice with the scooters before taking them out on the road at full speed.