Can't sleep? When is it time to seek professional help

Here are a few things you should make sure you're doing before seeing someone about whether you have a sleeping disorder: 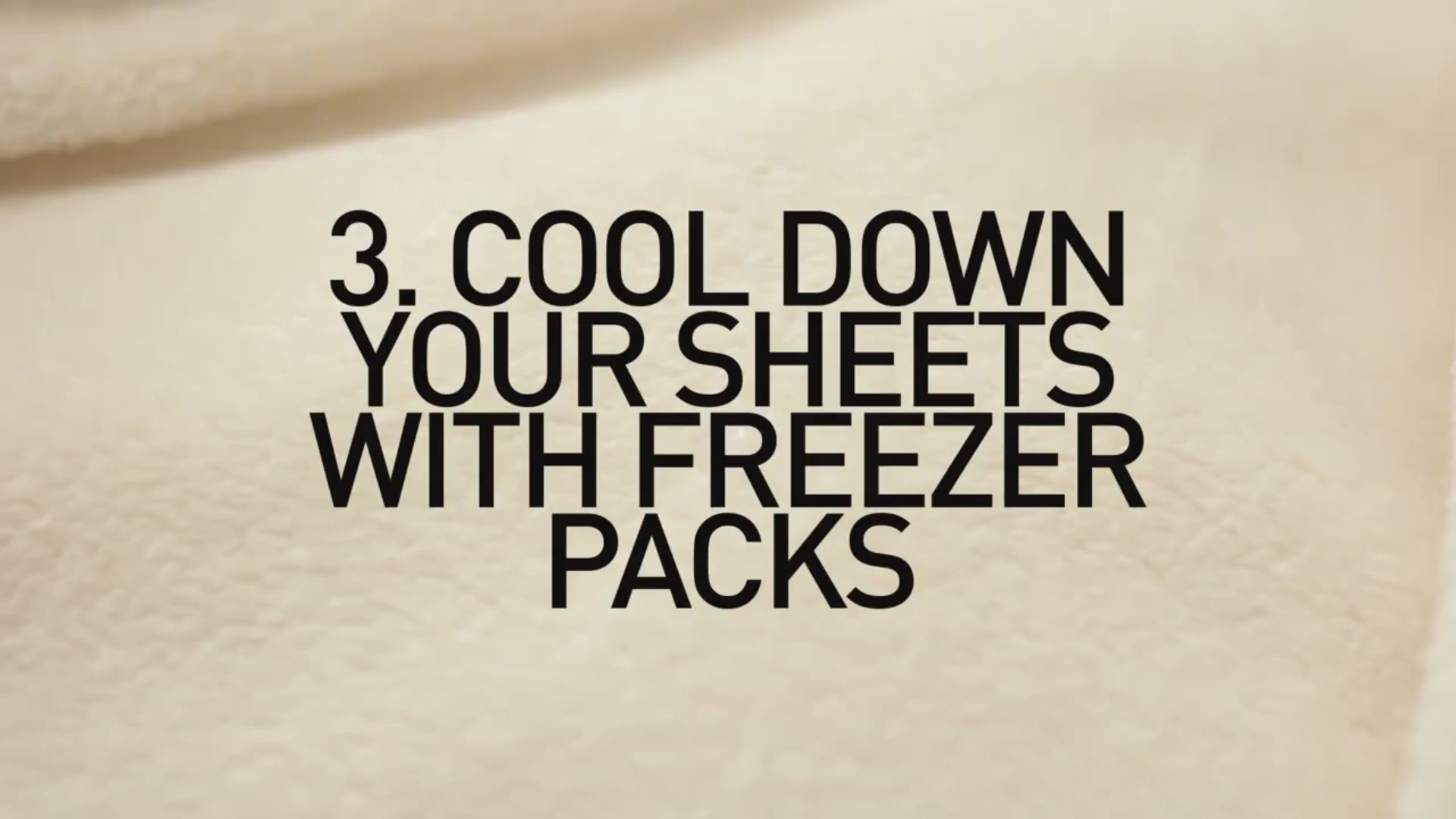 It’s no secret that Americans aren’t getting enough sleep.

According to the Centers for Disease Control and Prevention, one in three adults in the U.S. doesn’t get the recommended eight hours of sleep a night.

For those who are self-medicating or tossing and turning, it may be time to look at your sleeping habits once and for all, according to Timothy Morgenthaler, co-director of Mayo’s Center for Sleep Medicine in Rochester.

"I think it's becoming increasingly clear that sleep is a vital component of health; for many years we've been aware of nutrition and exercise, and I think we now realize that sleep is very closely entwined with overall health," Morgenthaler said.

And while many may wish for an easy fix to their sleepless nights, it takes work, according to Jeffrey Ellenbogen, Assistant Professor of Neurology and sleep medicine at Johns Hopkins University.

So how do you know when it's time to seek professional help?

"In sleep medicine, we're looking for patterns and causes first, treatment decisions second," he said. "All too often people skip the first step and turn too quickly to sleep medications.

Here are a few things you should make sure you're doing before seeing someone about whether you have a sleeping disorder:

Set a bedtime and keep it

People should strive to do several things when it comes to developing healthy sleep habits, said Morgenthaler.

“The healthy sleep habits come into several different categories. One is setting a bed time and going to sleep within 30 mins of that time, a fixed wake up time 7-8 hours after you go to sleep and establishing a going to bed pattern that helps sleep,” he said.

Life happens and while people may think they don't need a bedtime when they become adults, that's unfortunately not the case, according to Ellenbogen.

"Bedtime is critical. The more someone can fix their bedtime to seven days a week 365 a year, they are much more apt to have a successful night of sleep because they've trained the circadian rhythm of their brain to support that sleep-wake behavior," Ellenbogen said.

Ellenbogen said he commonly sees people who stay up late, but have a regular work schedule.

"So on weekdays they still go to sleep late -- they are hard wired to get that second wind late at night, but then they muscle out of bed early," he said. "By the end of the week, they are exhausted and sleep in....Then start the cycle again on the dreaded Monday morning. They effectively live in perpetual jet lag."

He said the key to fixing a situation like that, is dealing with the behavioral aspects, and not putting a bandaid on the problem with medicine.

Likewise, Morgenthaler said people should strive to create a bedtime routine that helps them relax before going to bed. That means the bedroom should no longer be used for scrolling through Twitter or playing video games.

"The bed is used for sleeping, sex and reading—if it doesn’t keep you alert," Morgenthaler said."There's no working in the bed, no playing computer games. The bedroom should be comfortable and feel safe."

Say goodbye to your nightcap

While a few glasses of wine may make you wind-down before bed, alcohol is not your friend when it comes to a full night of rest.

People should avoid alcohol two to three hours before bed because once the alcohol metabolizes it actually wakes you up and fragments sleep, said Morgenthaler.

Ellenbogen also notes that alcohol can worsen snoring in people with sleep apnea, a common disorder where people have shallow breaths while sleeping or pauses in their breath. Alcohol is a depressant and a relaxant so muscles in the upper airway relax even more than they normally would, he said.

"So the tradeoff there is to fall asleep quicker, but the quality is not great," he said.

When trying to get the root cause of why someone is having trouble falling asleep, it's important to look at habits like caffeine intake, according to Morgenthaler. For a person who has coffee in the late-afternoon to get through, but ends up taking an over-the-counter sleeping medication five hours later to get to bed, the problem may be the caffeine.

And while sleep medications have their role, they shouldn't be used commonly, Ellenbogen said.

So, for those who are guilty of popping a melatonin or another over-the-counter sleep aid each night, it make be time to think about what you do during the day that may cause you to take something to sleep at night.

"Generally speaking, medication adjustments should be done with the guidance of a doctor," Ellenbogen said.

Afternoon naps are actually the enemy

If you’re used to coming home from work and falling asleep on the couch, try to do something else instead.

“Take a shower, go for a walk, or if you nap, limit it to 30-40 min, so you don’t spend the time you should be sleeping at night sleeping during the day,” Morgenthaler said.

When should you see a doctor?

Ellenbogen said if a person is having a "rare night of poor sleep," that's not a time to call the doctor. He notes that patients should seek a doctor when they have prolonged sleepless nights and also sleepy days.

"If someone is more regularly having trouble falling asleep or staying asleep—even when the bedroom is quiet, dark, and safe—that's the time to see a doctor," he said. "Another important clue is how well a person is functioning in the day without excessive amounts of caffeine."