Trainer Jordan Guida says it's not just about hitting the gym. A good fitness routine will incorporate cardio, strength and nutrition. 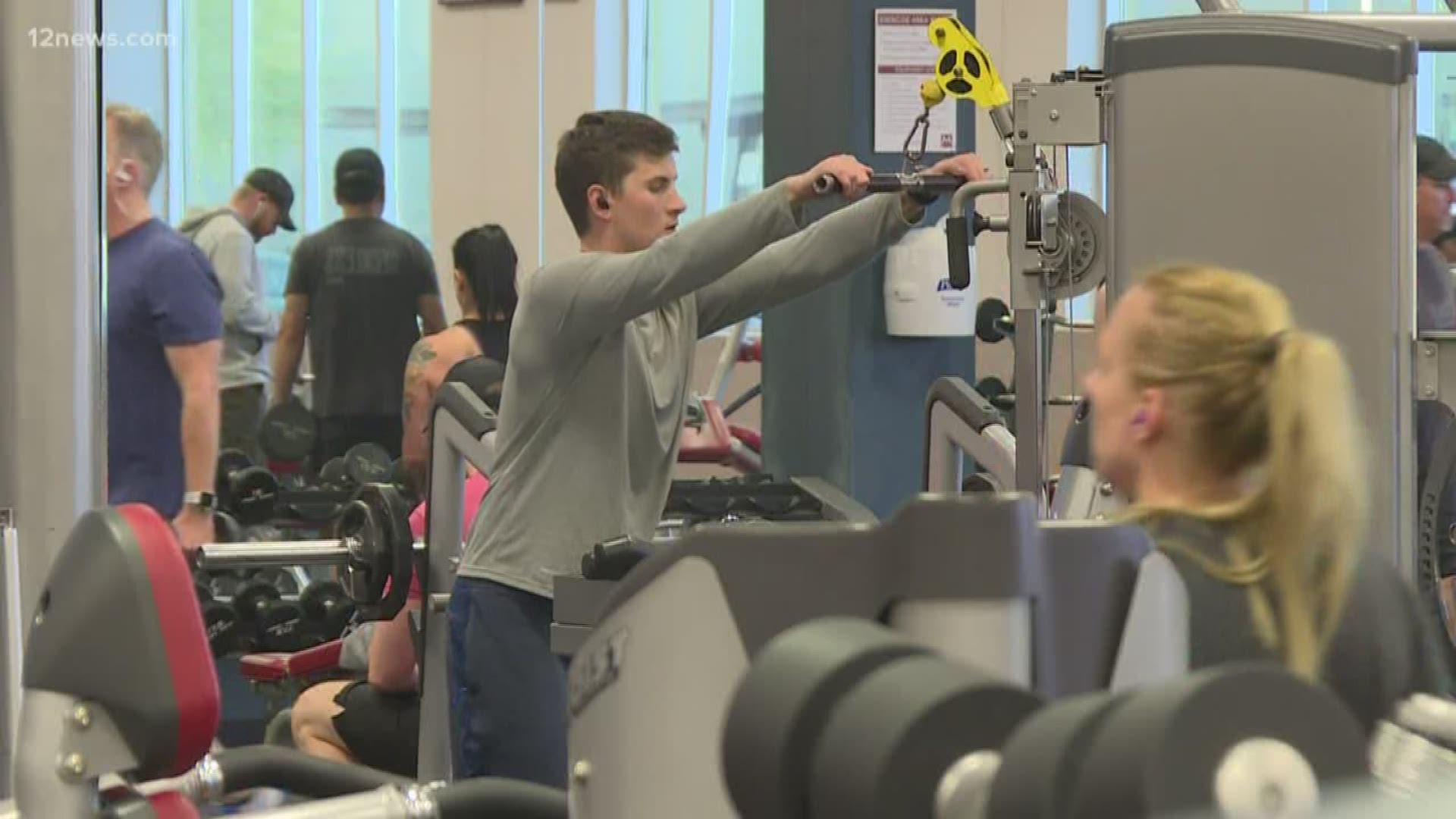 Nearly a third of Arizonans are considered obese, according to the state health department.  It's a scary statistic, so we went out to Mountainside Fitness for some tips on overcoming obesity and sticking with your fitness goals.

"Most people come in for an hour at a time, once or twice a week," says trainer Jordan Guida. "Let's go for 3 times a week for a half hour."

For example, he says there are a lot of ways to spice up the ordinary plank.

One way is to add a weighted pull-through.  Another is to plant your feet on an unstable surface and do shoulder taps.

"It makes planks fun," he laughs.

What could possibly be better than that? How about doing it with a partner?

What could possibly be more fun than a variety of planks? How about doing it with a partner?

"It's what makes us come to the gym," Guida says of accountability. "I always ask people if you have a support system, a friend, a personal trainer, somebody to help bring you to the gym for the accountability side of it."

He shows us an exercise that involves two people, sitting in a crunch position passing blocks back and forth to one another.

"Right now we're doing a core movement," he explains. "Working together as a team. Working those obliques, low back, everything is tied in and it's together."

Guida says it's a good idea to swap out different workouts to keep things fresh and to hit all parts of the body.

"The body will plateau over a certain period of time," he says. "We don't need to change the entire movement, but how we do the movement."

Guida says most people think they're building up muscle in the gym, but it's actually the opposite.

"When we're in here, we're breaking the fibers down," he tells.  "It's really important to any kind of training program to have the recovery, that's how we grow.  It's more about letting the muscle develop and having good, lean mass."

One thing he recommends trying a foam roller to help open up muscle fiber.

Guida says it's not just about hitting the gym.  A good fitness routine will incorporate cardio, strength and nutrition.

"It's not jump on board and make everything perfect. But just chip away slowly every single week."