Team 12's Mark Curtis asks Gov. Doug Ducey questions about the national and statewide situation when it comes to the virus and politics. 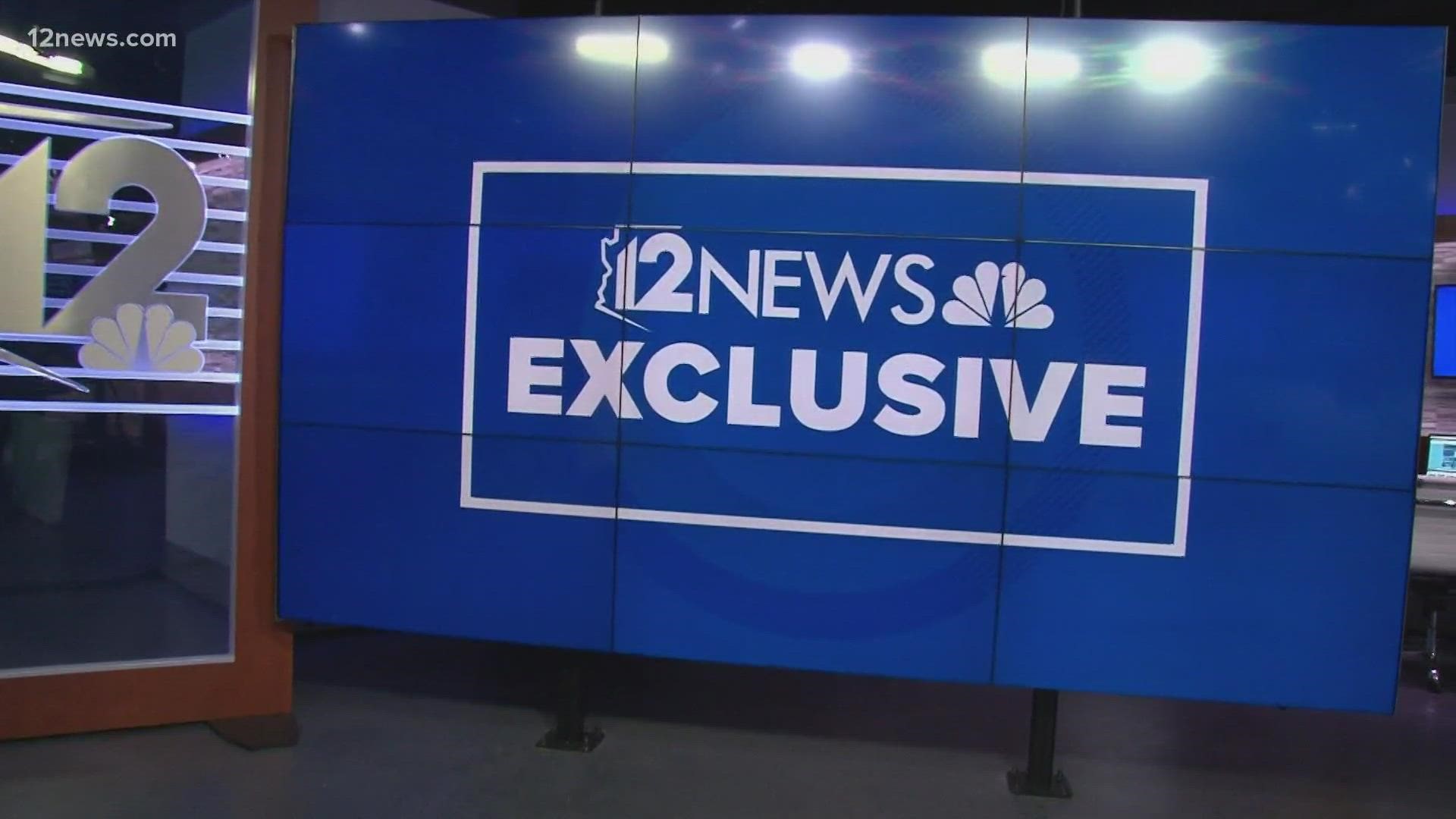 PHOENIX — Gov. Doug Ducey sat down with Team 12's Mark Curtis to discuss current issues important to Arizonans including the virus and vaccine rollout, as well as the political unrest in Washington D.C.

Mark Curtis began the interview by asking about the current surge in cases.

Arizona is currently seeing the highest case count per capita in the country and Ducey said that this surge was expected but the same mitigation tactics are encouraged.

"It's the same protocols as we talked about before," Ducey said. "In wearing a mask, physically distancing, washing your hands and being personally responsible."

A 12 News viewer named Joe Johnson asked the governor, "Why is COVID-19 so high in Arizona?"

Ducey responded by saying that while Arizona is seeing a major surge, we are not seeing worse numbers than those in California or Rhode Island.

Ducey continued to stress that he will not order a statewide mask mandate. He said more than 90% of the state is already under a mask order of some kind.

As numbers continue to trend upward, Arizona only has 7% of ICU beds available and hospitals under tremendous stress as of Thursday.

In terms of putting kids back in the classroom, Ducey said he is listening to public health experts. The decision to keep in-person learning has gone against Arizona Superintendent Kathy Hoffman's request to do online-only learning to keep school staff safe.

Ducey said, "Everyone from Dr. Anthony Fauci to the CDC on down says that the safest place for children is inside a classroom."

Gov. Ducey said that in terms of keeping businesses open, he could use the help from other elected officials and health organizations to hold people accountable for keeping a standard of mask wearing and social distancing.

Gov. Ducey on the vaccine rollout

As of Thursday, the state has provided more than 200,000 vaccines to people in the phase 1A and 1B priority.

12 News has heard from viewers that the registration website is difficult to work through and wait times on the phone are high.

Ducey responded to these complaints by saying, "Think of the undertaking to vaccinate 7.2 million people twice. We did start with some obstacles in our way, the reports that we have received over the last 48 hours have been overwhelmingly positive."

Ducey went on to say that, "Arizona's issue right now is that we're getting [the vaccine] out too quickly."

Ducey says, "I report to the people of Arizona, that's my boss. I took an oath to uphold the law and the Constitution and I fulfilled my duty."

When discussing the recent riots at the Capitol, Ducey says Trump did play a role and he bears some of the responsibility of the outcome.

But, Ducey continues that responsibility also lies on the organizers and funders of the "Stop the Steal" rallies, the people claiming false rhetoric of an illegitimate election and the rioters themselves.

Ducey says he is prepared to move forward with a new president in office and he will be in attendance at the upcoming inauguration.

For more information on COVID-19, the vaccine and political issues in Arizona and around the nation, subscribe to the 12 News YouTube channel.