Carolee Ervien and Russell Christensen describe the chaotic scene of deadly collision near Wickenburg on April 30. 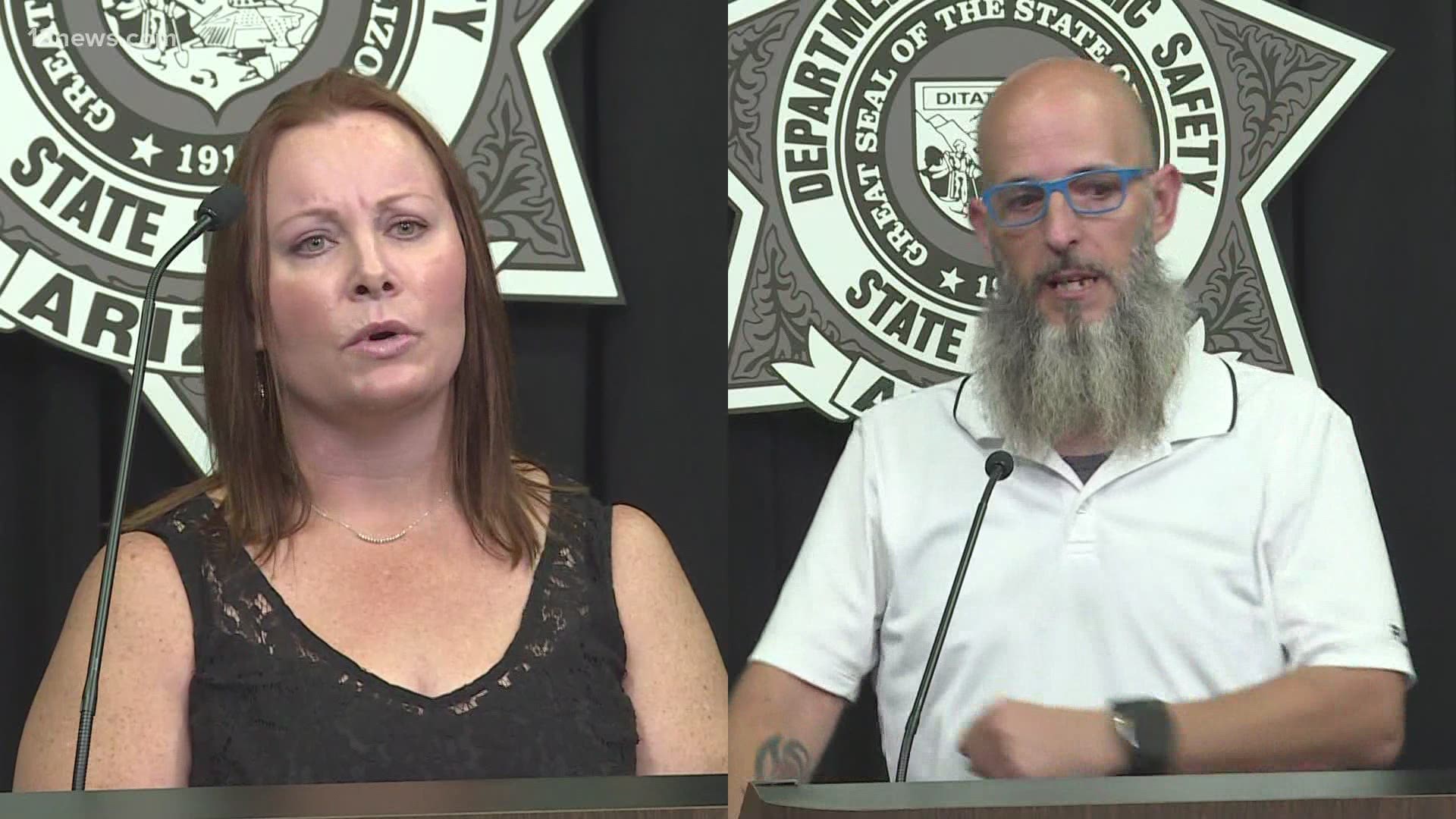 PHOENIX — On April 30, a deadly collision on the U.S. 93 near Wickenburg nearly took the life of DPS Trooper Casey Rhinehart, who was trapped in his vehicle as it caught fire. Thanks to a couple of heroes, he is alive today.

“He was trying to break the window,” said Russell Christensen. “The flames weren’t huge, but it was getting bigger.”

“I reached for the handle and it wasn’t moving,” said Carolee Ervien.“I put my hands on the top of the door, put my foot on the side of the car and I pulled the door back enough to where I could reach in and help him down."

Ervine and Christensen described the scene as they worked frantically to try and save Trooper Rhinehart from the car.

“Conduct you displayed to save our trooper’s life was valor,” said Colonel Heston Silbert, Director of the Arizona Department of Public Safety.

DPS says that Trooper Rhinehart had been assisting a disabled vehicle that he was escorting to the nearest cash station when another vehicle speeding down the opposite direction of the two-lane highway collided with them and other vehicles.

Two people were killed. Five others were transported with injuries, including Trooper Rhinehart.

Ervien’s vehicle was also hit but she still managed to run to the aid of others.

Trooper Rhinehart suffered a leg injury and couldn’t stand but still did his job.

“Officer Rhinehart was still running the scene from his back. It was crazy,” said Christensen.

The collision is still under investigation and Ervien is left with one thought.

Both Ervien and Christensen went to the aid and comfort other victims in the collision.