Garth Brooks' Phoenix concert: Everything you need to know

Country legend Garth Brooks will take the stage at State Farm Stadium in Glendale on Saturday, March 23 at 7 p.m. 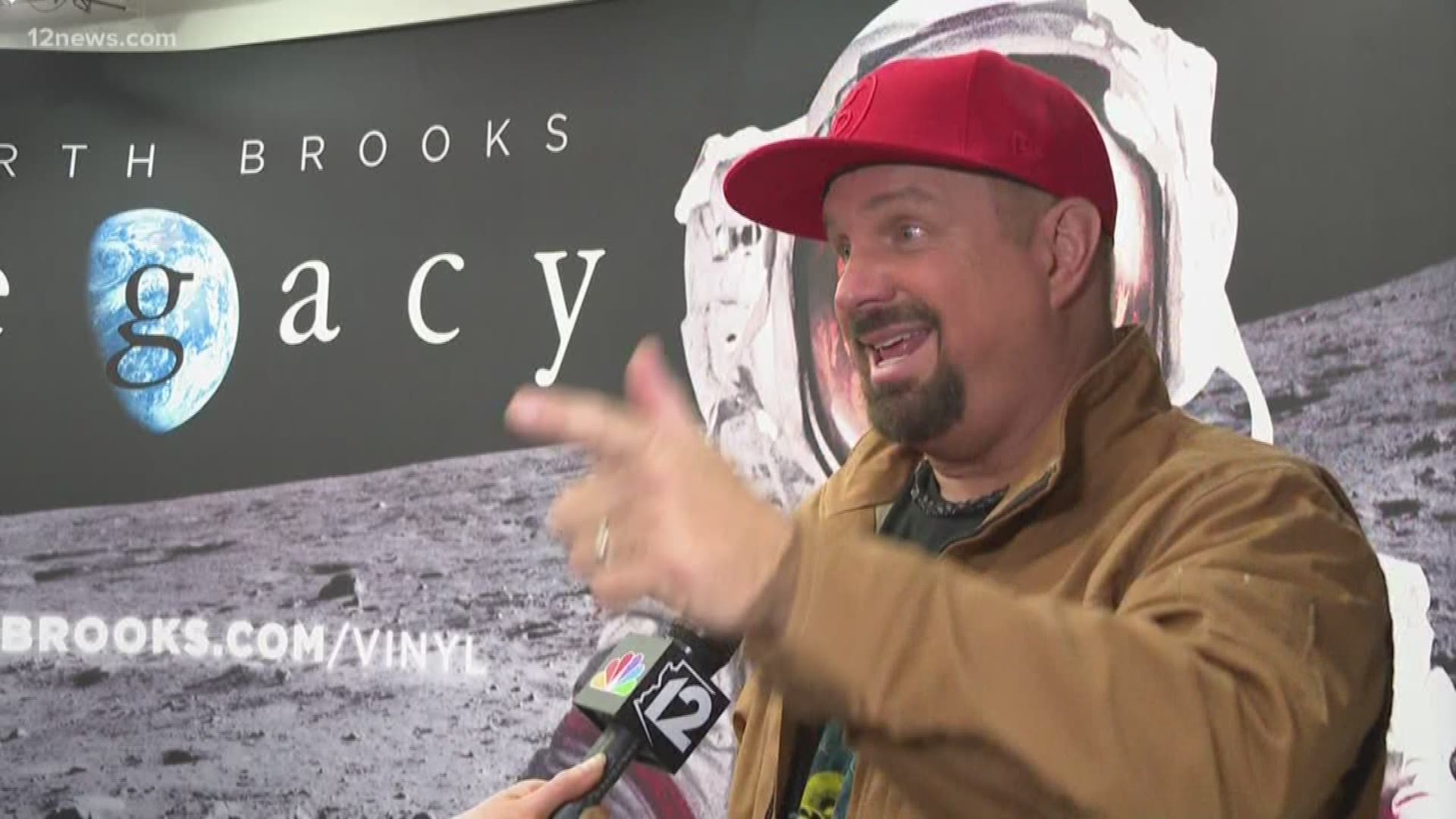 PHOENIX — Garth Brooks fans in the Valley, grab all your friends, even the ones in low places, because the country legend is performing a sold-out concert at State Farm Stadium this Saturday.

Brooks announced his Phoenix-area concert in November and it quickly sold out. Fans who missed the first round of tickets are still in luck, however, because even more tickets went on sale Monday. Some are available through Ticketmaster and are (pricey and) expected to sell out.

RELATED: More tickets to be released for Garth Brooks' sold-out show in Glendale

It's going to sound like when the thunder rolls as 75,000 anticipated fans cheer on Brooks Saturday night.

And Valley residents, be prepared for some traffic because some fans ain't goin' down til' the sun comes up.

The roof of State Farm Stadium will be open for the concert.

Getting to the concert

The rideshare drop-off (and pick-up) area is in the Black parking lot on Bethany Home Road and 95th Avenue. New to rideshare? Lyft has a promo code STATEFARMSTADIUM for $5 off your first 4 rides.

Concertgoers can purchase general parking passes and RV parking passes online ahead of Saturday. General parking costs $20 and can be accessed via 91st Avenue. VIP parking costs $30 and that lot can be accessed via Maryland Avenue from 95th Avenue. Drivers will be able to pay for parking the day of the event. State Farm Stadium asks you to have cash ready to pay for parking as cards will not be accepted.

All lots have ADA parking spots.

Tailgating activities are allowed before the show from the opening of the Great Lawn and all parking areas at 3 p.m. until 7 p.m. Tailgating won't be allowed after the show.

Trisha's Tailgate ahead of the concert

State Farm Stadium is also hosting two Cirque du Soleil performances in Parking Lot W3 on Saturday. The first performance is at 1 p.m. and the second one is at 5 p.m.

Event organizers suggest Garth Brooks ticketholders carpool and arrive at State Farm Stadium no later than 4 p.m. and leave the bags at home to avoid delays.

State Farm Stadium's clear bag policy will be enforced for the concert. Each fan may carry one clear plastic bag no larger than 12" x 6" x 12". Small clutches or wallets 4.5" x 6.5" are permitted but will be searched.

Each fan can bring one large clear bag and one small clutch purse.

Non-approved bags will not be allowed into the stadium and must be returned to a vehicle or disposed of at the security gates.

For more information on what bags are allowed, click here.

What is allowed inside?

Each fan can bring one sealed bottle or water. Food and beverages, unless for babies under the age of 2, are not allowed. Speaking of babies, diapers and wipes are allowed in but only in a clear bag (see above). Fans can bring blankets and seat cushions, but the seat cushions can not double as a bag and cannot be larger than 18".

Tickets are still available and can be purchased through Ticketmaster and third party sites. Prices start at $80.

What time do doors open?

The State Farm Stadium plaza will open at 4 p.m. and doors open at 5 p.m. Saturday.

When does the show start?

The show begins on Saturday at 7 p.m.