Prosecutors in Arkansas will seek a 10-year prison sentence. 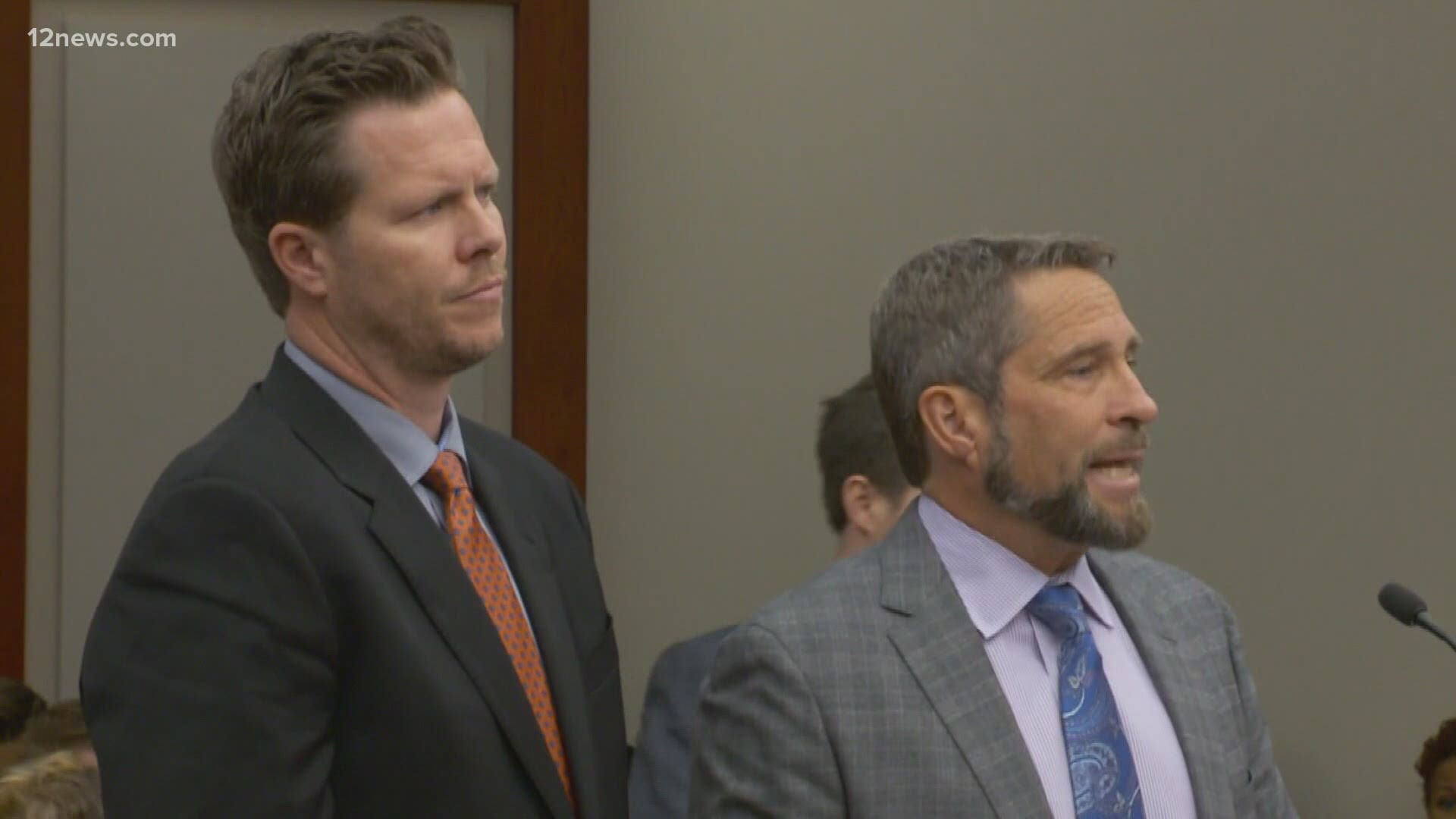 In June, Petersen pleaded guilty to one count of conspiracy to smuggle illegal aliens for private financial gain. He faces up to 10 years in prison and a maximum fine of $250,000. Petersen originally pleaded not guilty to 19 federal charges in Arkansas in October of last year.

Prosecutors in Arkansas will seek a 10-year prison sentence.

Petersen also took a plea agreement in Arizona in June, where he pleaded guilty to multiple charges related to the adoption scheme. Petersen faces between three and 12.5 years in the Arizona Department of Corrections in his first case and six months to four years in prison for the second case.

Petersen will face trials in Arizona and Utah in January.

MORE: Judge said the guideline sentence of 37-46 months was too low. #12News

Petersen has also pleaded guilty to charges in Utah. He's due for sentencing in both Arizona and Utah in January.

Petersen's co-defendant Lynwood Jennet pleaded guilty in Arizona in December of last year for her involvement in the adoption fraud scheme. She faces between two and four years in the Arizona Department of Corrections. A sentencing hearing for Jennet is scheduled in January.

Petersen was arrested in October of 2019 after officials across three states say he was running an illegal international adoption scheme for years.

The scheme was allegedly centered around women from the Marshall Islands. Prosecutors say Petersen took advantage of the poor women seeking a better life, holding their passports so they were unable to leave the country.

Petersen eventually resigned from his position as Maricopa County assessor and Eddie Cook was appointed to replace him. Cook won the election in November.

Per court documents, investigators with the state's Medicaid agency (AHCCCS) have estimated the loss to the State of Arizona to be more than $800,000 for the 28 identified birth mothers.

Adoptions officials working with the pregnant women have confirmed to 12 News that many of the Marshallese women have chosen to parent their children since Petersen’s arrest.

The treaty provision on child adoptions was enacted in the early 2000s to prevent unregulated international adoptions where the biological mothers' cultural misunderstandings might be exploited.

For example, a 2002 study showed many women from the Marshall Islands allowed their children to be adopted by U.S. citizens thinking their children would benefit from better education and return to them as adults.