The fire likely has reduced the home as a shell of its former self, thankfully everyone survived. 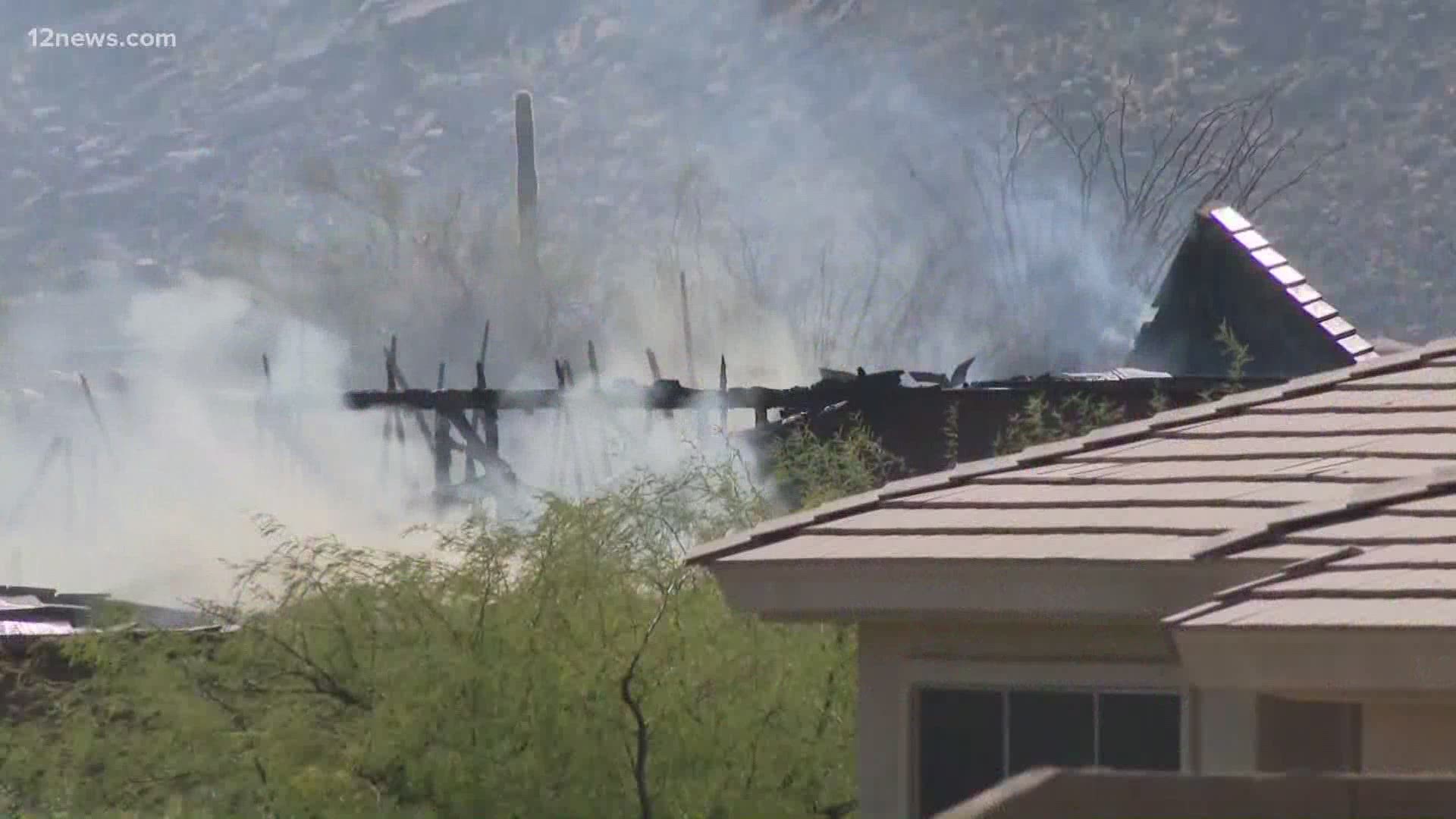 SCOTTSDALE, Ariz. — Fierce flames engulfed a north Scottsdale home on Tuesday, as more than a dozen firefighters responded to put out the blaze.

Despite the best efforts of first responders, the home was gutted, leaving behind nothing more than a shell.

Neighbors said they felt helpless as the fire raged. Sky 12 captured the scene from overhead as firefighters climbed their ladders to attack from above.

He noticed the fire while shaving, seeing smoke which he originally thought was fast moving clouds.

The fire was so hot, he could feel the heat from his patio, even though the homes are separated by more than 100 feet.

“And the heat was intense,” Mckellan said.

Within minutes firefighters were pounding on his door while rushing in more and more firetrucks.

Neighbors said the owner noticed the fire in time to get his pets out and one of his cars, before the fire spread too far.

Thankfully, everyone is OK. One person was injured, but they were not taken to the hospital, according to the Scottsdale Fire Department.

The fire was determined to be accidental and further investigation is in process by the insurance carrier. The fire broke out in the attic above the living room.

There was no recent work done to mechanical units or electrical wiring. 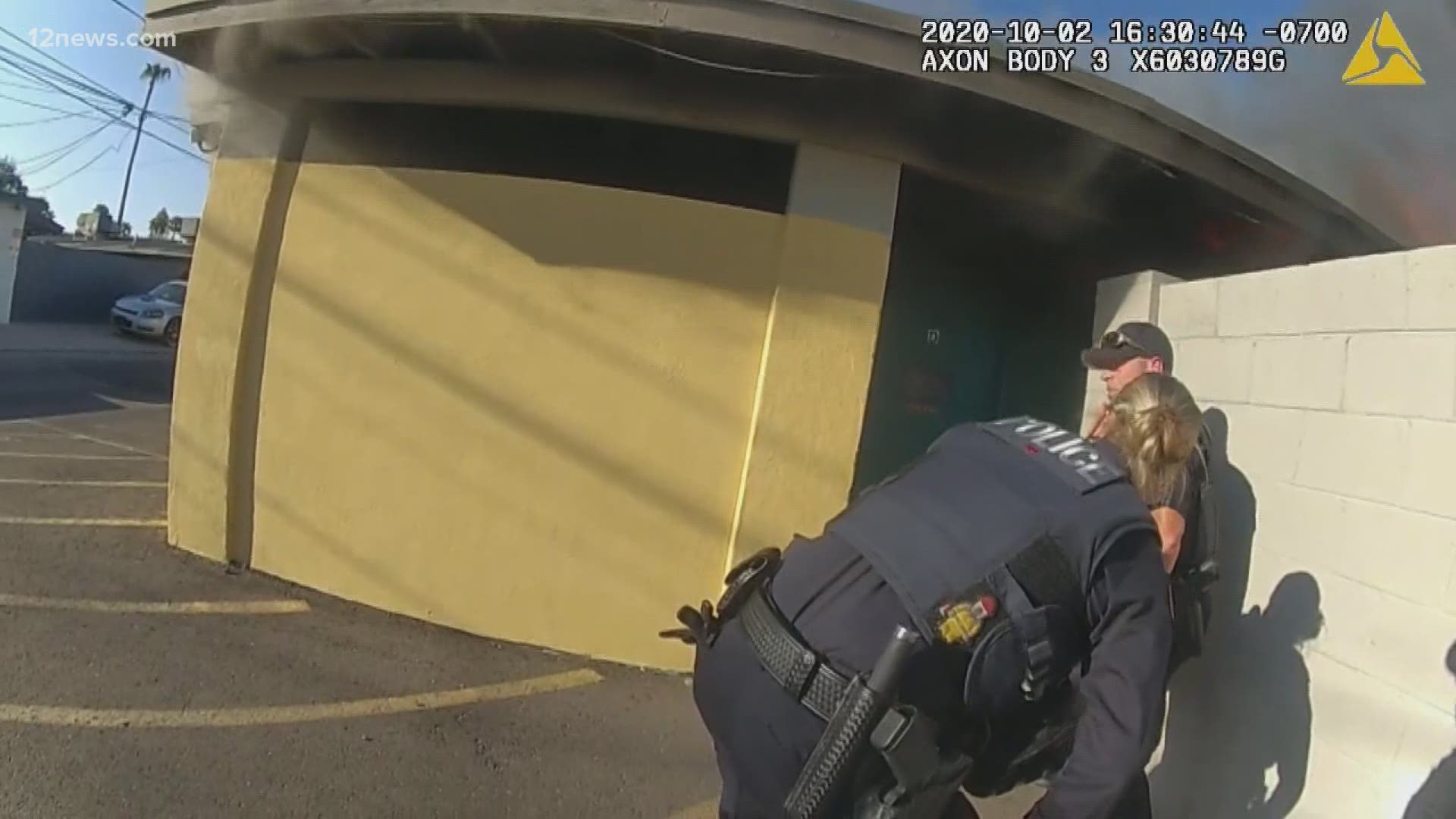