A Senate Republican claims Secretary of State Katie Hobbs discriminated against the African-American policy adviser. Hobbs denies there was any discrimination. 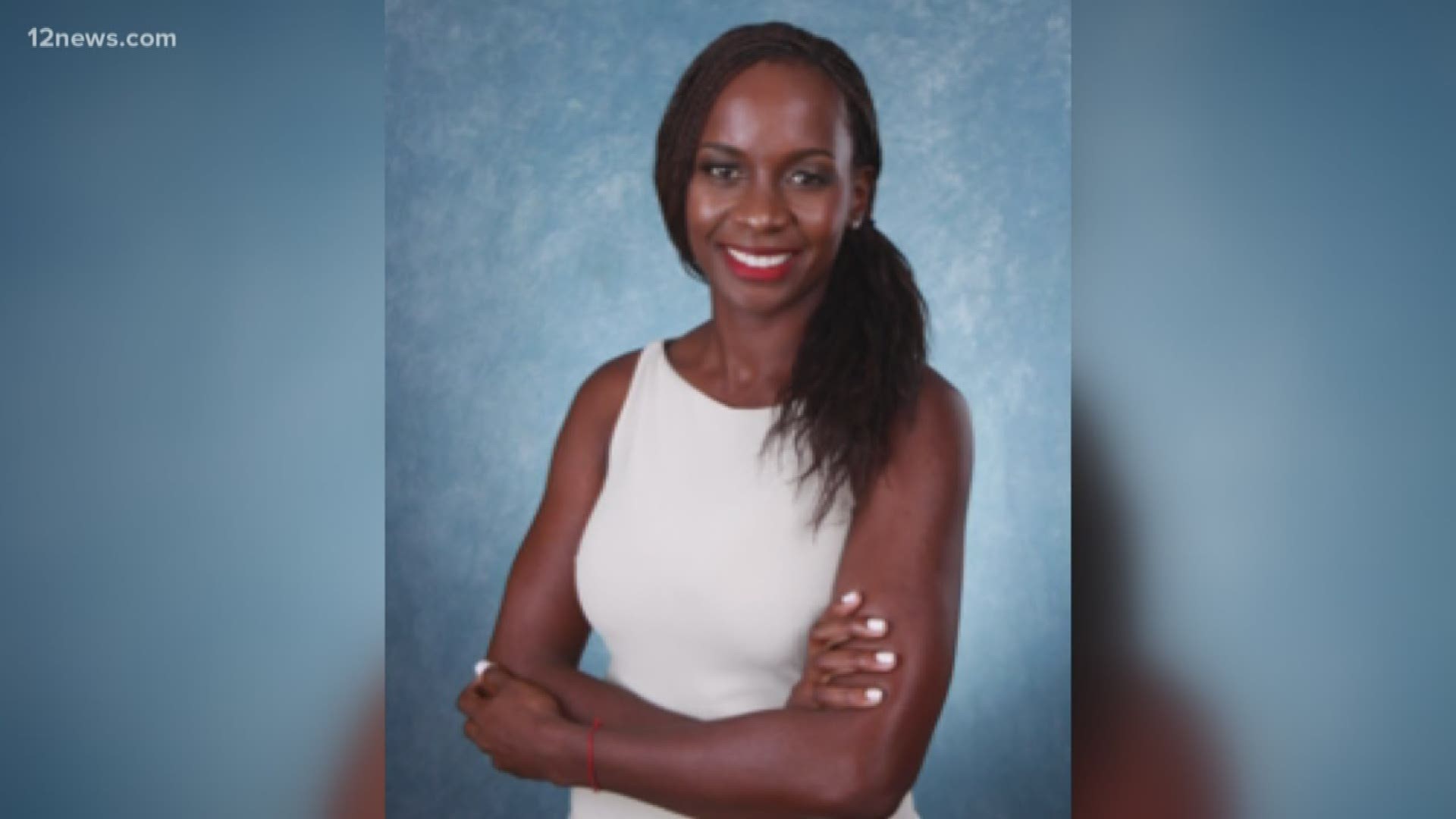 PHOENIX — There's a war of words at the state Capitol over who's to blame for a million-dollar jury award to a fired African-American staffer.

A federal court jury agreed with Talonya Adams that her firing was the result of racial and sexual discrimination.

Now, with the case still unfinished, Democrats and Republicans are fighting over who discriminated against Adams.

At a court hearing Wednesday, a top Republican staffer claimed she didn't discriminate. She pointed a finger at Democrat Katie Hobbs, the former Senate minority leader and current secretary of state.

When I spoke to Hobbs after the hearing, she said no one discriminated against Adams.

The case goes beyond the legal issues. For many African-Americans active in state politics, it's a symbol of a Democratic Party that counts on their votes but doesn't deliver jobs.

There's also the political angle: Hobbs is Arizona's top elections official and second only to the governor in state government. She was the first Democrat to win the office in almost 30 years. Republicans want it back.

Adams' lawsuit received virtually no news coverage until it was almost over. I found out about it the day before the jury delivered its verdict last month.

Acting as her own lawyer and star witness, Adams had sued the Arizona State Senate in Federal Court, alleging racial and sexual discrimination, and retaliation by her bosses.

- Her male counterparts were paid more and got raises

- Her workload was heavier than other staffers for the same job.

- She was fired in 2015 for complaining about discrimination.

After a two-year fight, Adams was awarded $1 million in damages for the non-financial impact of her firing, such as emotional distress and mental anguish.

It was a stunning outcome for a lawyer appearing in federal court for the first time and representing herself.

Wednesday’s court hearing was all about the second damages phase: financial compensation for the firing.

Adams spelled out for the judge what she wanted the Senate to pay her for the loss of income and benefits, and certain cash outlays.

As part of the compensation, Adams also wants her job back.

Under federal statute, the jury’s seven-figure damages award must be lowered. Those damages are capped, based on the size of the employer.

The issue in the Adams case: Who was her employer? The Arizona State Senate, which was named in her lawsuit, or the State of Arizona, which wasn't named? (The suit didn't name any individual members of the Senate or staffers.)

The employer's size determines the cap on damages.

It’s up to Federal Judge Douglas Rayes to decide whether Adams worked for the Senate, which would cap the jury’s damages award at $100,000, or the state, a much larger employer, which would cap those damages at $300,000. Financial compensation in the second damages phase isn’t capped.

Then the hearing took a turn

The 2 1/2-hour hearing took an unexpected turn in the final 10 minutes.

Adams was setting the scene for her possible return to the Senate. She wanted to know whether the jury's finding of discrimination had made an impact.

Wendy Baldo, longtime chief of staff for Senate Republicans and one of Adams' bosses, was on the stand.

Baldo testified that the Senate leadership had not taken any action with employees in response to the jury verdict.

Adams asked her three times whether she agreed with the jury that there was discrimination.

Baldo dodged the question until the judge directed her to answer.

Baldo said she "came to believe after the trial" that there was discrimination.

Adams: Based on race?

Baldo: I don't believe so.

Adams: Based on sex?

Adams: Was there retaliation?

Baldo: I don't believe so.

Baldo: "I did not retaliate or discriminate."

Baldo: Minority leadership ... Katie Hobbs and her chief of staff

That would be the current Democratic secretary of state. Back in 2015, when Adams was fired, Hobbs was Senate minority leader and another one of her bosses.

Both Hobbs and her Senate chief of staff, Jeff Winkler, testified at the Adams trial.

In an interview Wednesday afternoon, Hobbs flatly rejected the claim that she discriminated against Adams.

"I wasn't there (in court), I'm not in her head, I don't know why she said that. It is not true," Hobbs said. "Discrimination didn't happen."

"It's really unfortunate that she's refusing to take responsibility for her part... Wendy was involved every step of the way when the decision was made."

The trial transcript shows Hobbs' indicated that Adams had been insubordinate by complaining about her pay and benefits to people beyond her supervisors.

“I think we all agreed that we had lost trust and confidence in Ms. Adams, and that was why that decision (to fire her) was made,” Hobbs testified.

Where to point fingers?

The blame game gets complicated.

Four people had oversight of Adams' job: Hobbs and chief of staff Winkler, as well as their Republican counterparts, Baldo and former Senate President and current Congressman Andy Biggs.

Adams worked directly for Democrats as a policy adviser.

But the Republican leadership controls hiring and firing in the Senate.

None of the four overseers are named in the lawsuit. Adams sued the "Arizona Senate."

Former Democratic State Sen. Barbara McGuire of Kearny, a witness at the Adams trial, told me she was "shocked" by the firing.

Adams "was extremely good at what she did and very knowledgeable," McGuire said in a telephone interview.

"She would often stay late with me at the Capitol to strategize and to get things done for my district."

"The Senate Democrats are committed to a non-discriminatory workplace environment and always have been. We have been working for years to equalize pay for our staff, and for all Arizonans, because we believe that in any workplace one person should not earn more than another for performing the same work."