Police said Briana Johnson, 25, and Johlyn O’Daniel, 45, were issued citations for assault and disorderly conduct for their alleged involvement in the fight. 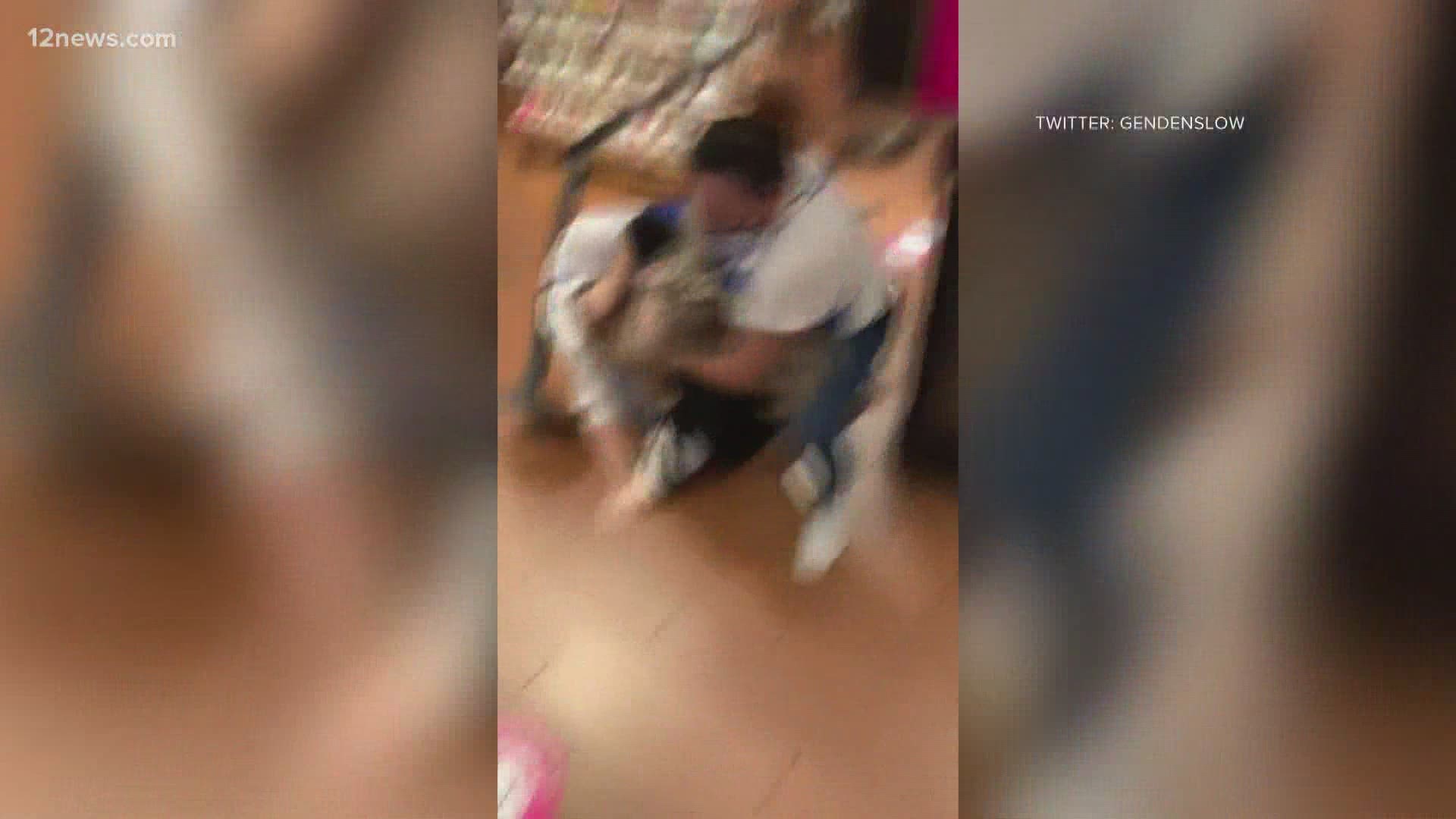 They say three family members were shopping on Saturday when the chaos erupted inside the store.

Officers say two suspects, 25-year-old Briana Johnson and Johlyn O'Daniel, are responsible for causing the profanity-filled scene that was captured on video.

Multiple Bath & Body Works employees tried to break up the commotion. That's when police say, an alleged third woman - who was with her 9-month-old baby - was waiting in line and confronted for cutting.

The whole situation is creating questions about tensions running high as we return to a sense of normalcy as businesses begin to welcome more customers back to stores.

Body language expert Eric Bailey is one of over 10 million people who caught the clip.

"Once it started to get to the punching all you can really do is rip people apart. Ultimately, the woman left because someone just said, 'go' like 50 times over and over," he said.

Bailey went on to explain the physical response most people have in a heated situation like the one caught on camera.

"If we're in an environment where an alteration like that is happening we can feel our own physiology changing, we can feel our body getting hot or nervous, even anxious around that situation," Bailey said.

Police say line cutting and closing the social distancing gap were contributing factors to the fight and that O'Daniel admitted to fighting with one of the employees.

"Whether it's happening to us or around us it's best to stay as calm as possible, breathe as much as possible, try to lower the temperature in the room," Bailey said.

Johnson and O'Daniel were arrested for assault and disorderly conduct.

Both women are facing charges, meanwhile, Bath and Body Works has not responded to our request for comment on the incident.