Family of man shot and killed by Phoenix police says it shouldn't have happened.

Hector Lopez was shot and killed in early May after police say a gun dropped out of his vehicle and he reached for the weapon. Lopez' family is frustrated with the lack of information Phoenix police are giving. The say Lopez was not a violent man. 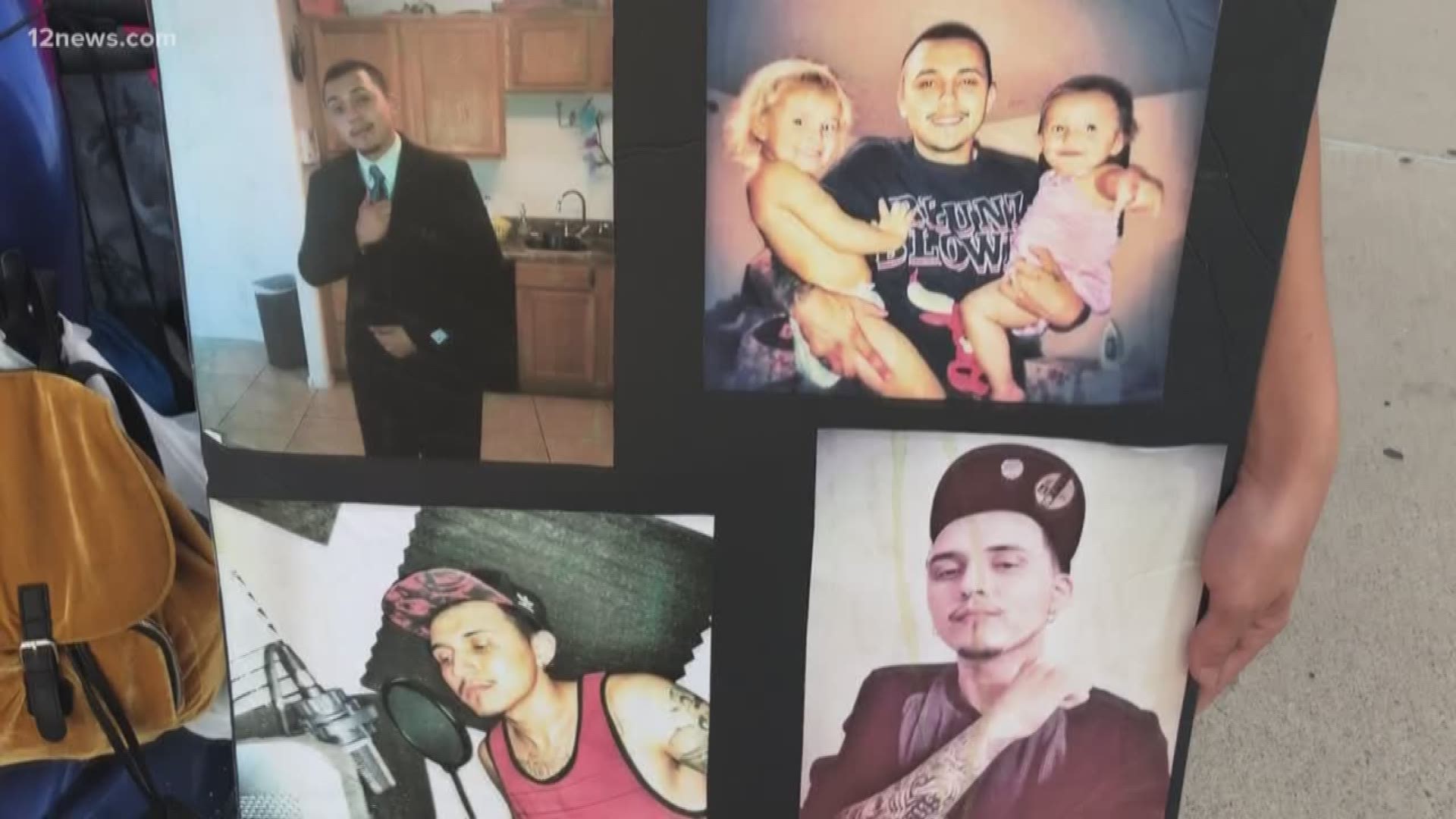 The family and close friends of 29-year-old Hector Lopez, who was shot and killed by Phoenix police earlier this month, say they want answers as to why he was killed.

Phoenix Police Department responded to a report of a trespassing around 4 a.m.on May 9th, that somehow escalated in the 7th officer-involved shooting for the department in 2019.

“We want justice” shouted a crowd of about 20 people outside the Phoenix police headquarters.

“They’re saying he dropped the gun and grabbed for it. So they fought with him. Even though he’s disabled and has a metal rod in his leg,” said Zamora, who has 3 kids with Lopez.

They say Phoenix police are holding the reports and aren’t telling the truth about what actually happened the morning Lopez was killed.

Phoenix police said they responded to a trespassing call near 7th Avenue and Pima Street. When they arrived, police say, they found Lopez and a female inside a car. Lopez opened the door and a gun fell out. Lopez was told not to touch the gun but grabbed it. A struggled ensued, where Lopez was shot and killed.

His best friend Anthony Rico says Hector was not a violent man and the situation could have been handled differently.

“I just think they need better training. I need they need to stop killing people and not taking it so far. It’s just been going too far.

Rico said he and Lopez shared a love of music, family and friends. He’s devastated he will no longer get to make music with Lopez.

"I love him, I miss him and I’ll never get to see him again,” said Rico.

“He was smaller than me and had a rod in his leg. There was no way they had to take him,” said Rico.

There is a car wash Saturday at 51st and Glendale avenues to help with funeral expense cost that starts at noon and runs all days.