Pamela Cooper died after a nearly 16-hour overtime shift, prompting her family to take legal action against the city of Phoenix amounting to $35 million. 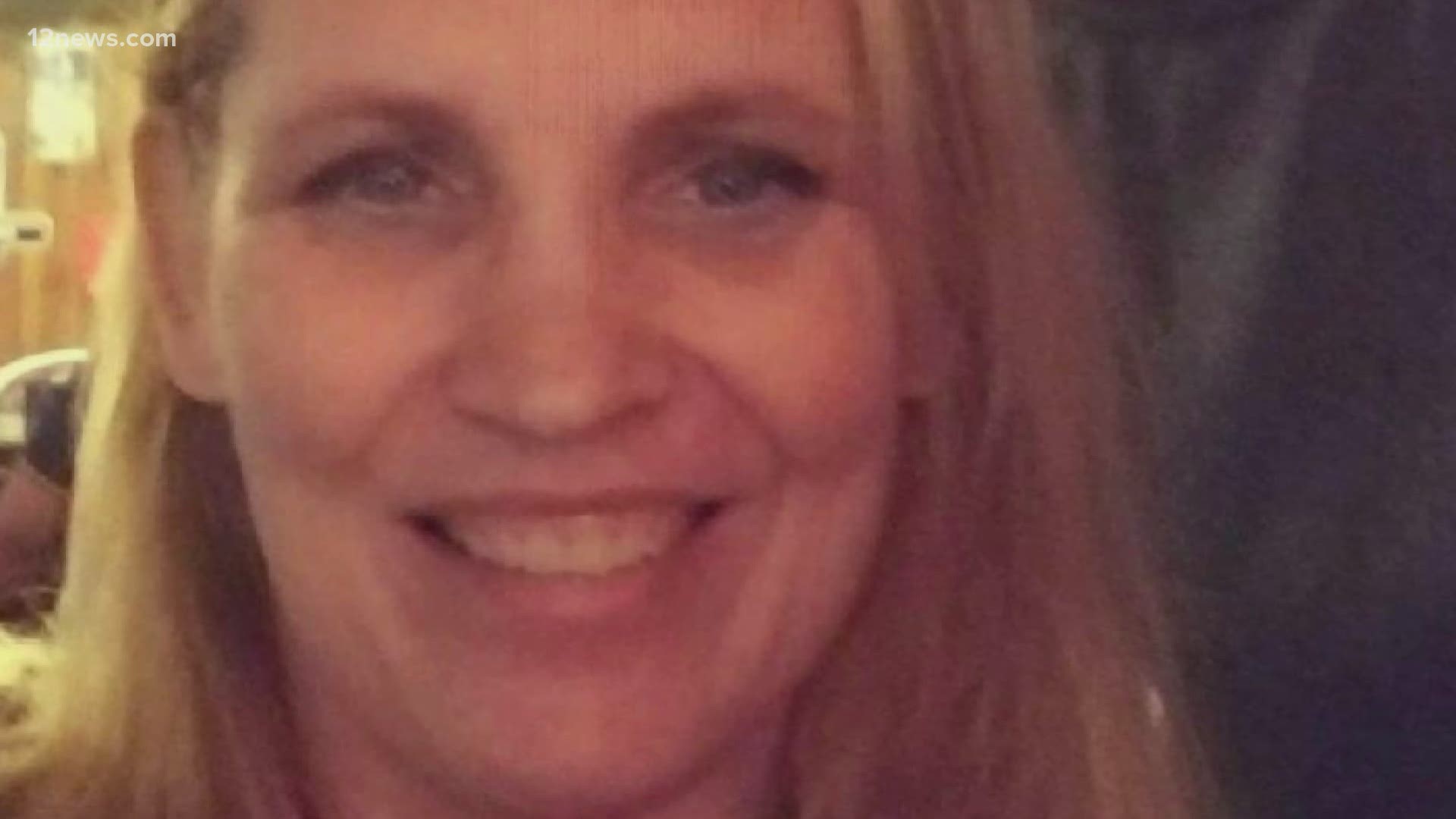 PHOENIX — The family of a Phoenix 911 operator who died after working an overtime shift is taking the first steps to sue the city of Phoenix for $35 million.

Pamela Cooper died Friday after nearly a week on life support at Banner Baywood in Mesa.

Her family said she was rushed to the hospital after working an overtime shift when she wasn't feeling well.

In an interview on Wednesday, he said the decision to take Pamela off life-support was difficult, but something she would have wanted.

"In this case she had no brain activity at all," he shares. "I don’t even look at it like she’s in a better place because her place was here."

Pamela was a 21-year veteran with Phoenix police 911. She went back to work two weeks ago after taking six weeks off to recover from COVID-19.

When her family said she told a supervisor she wasn’t feeling well, they say she was mandated to work extra hours, which turned into a nearly a 16-hour shift. Joel said she was rushed to the hospital just a few hours after she got home.

"They could have sent her home when she wasn’t feeling well because that’s protocol," Joel said . "They overworked her."

The city of Phoenix requires 911 operators to work extra hours if there aren’t enough people to cover the 24/7 emergency lines.

A city spokesperson told 12 News last week that if an employee tells a supervisor they feel sick, they should be sent home.

As of Wednesday, the city says they’re down 50 full-time dispatchers out of a potential 344 on staff. The city says they've lost 11 police operators since the start of 2021.

Even if the city hired for all the vacancies immediately, it would still take almost a year to train new recruits.

It's a void that could take a toll on people who need help.  Some dispatchers tell 12 News that 911 calls can be on hold for several minutes before anyone’s available to answer.

These numbers fall below the national standard of 95% in 20 seconds or less, as cited by NENA, the standard the city of Phoenix says it follows.

"We're the fifth-largest city," said Wilechia Burns. "We have to do better."

Burns and her colleague Marie Katzenberger spoke with 12 News last week in their roles as Local 2960 AFSCME union stewards, a union that represents Phoenix dispatchers.

They say understaffing is a big part of the hold times and in burnout culture they've noticed at work.

In the wake of Pamela Cooper's death, the city says its HR Department will be investigating the "situation involving Pamela Cooper."

"This never should have happened," says Jonathan Michaels, the attorney representing Cooper's family.  "Certainly no one should have to die for their job."

He explains the Notice of Claim is not just for Pamela's legacy and to help support the family she cared for, but a call for change in a workplace where Pamela dedicated so much of her life.

"She was an asset to everyone on this earth and it’s unfortunate people like that get taken," says Joel.

The union that represented Pamela Cooper is raising money for Cooper's family. They say she was supporting her husband and older mother.

You can also visit the family's GoFundMe page.