Family looking for driver who hit 3-year-old in Tempe

The family is offering a reward for information leading to an arrest. 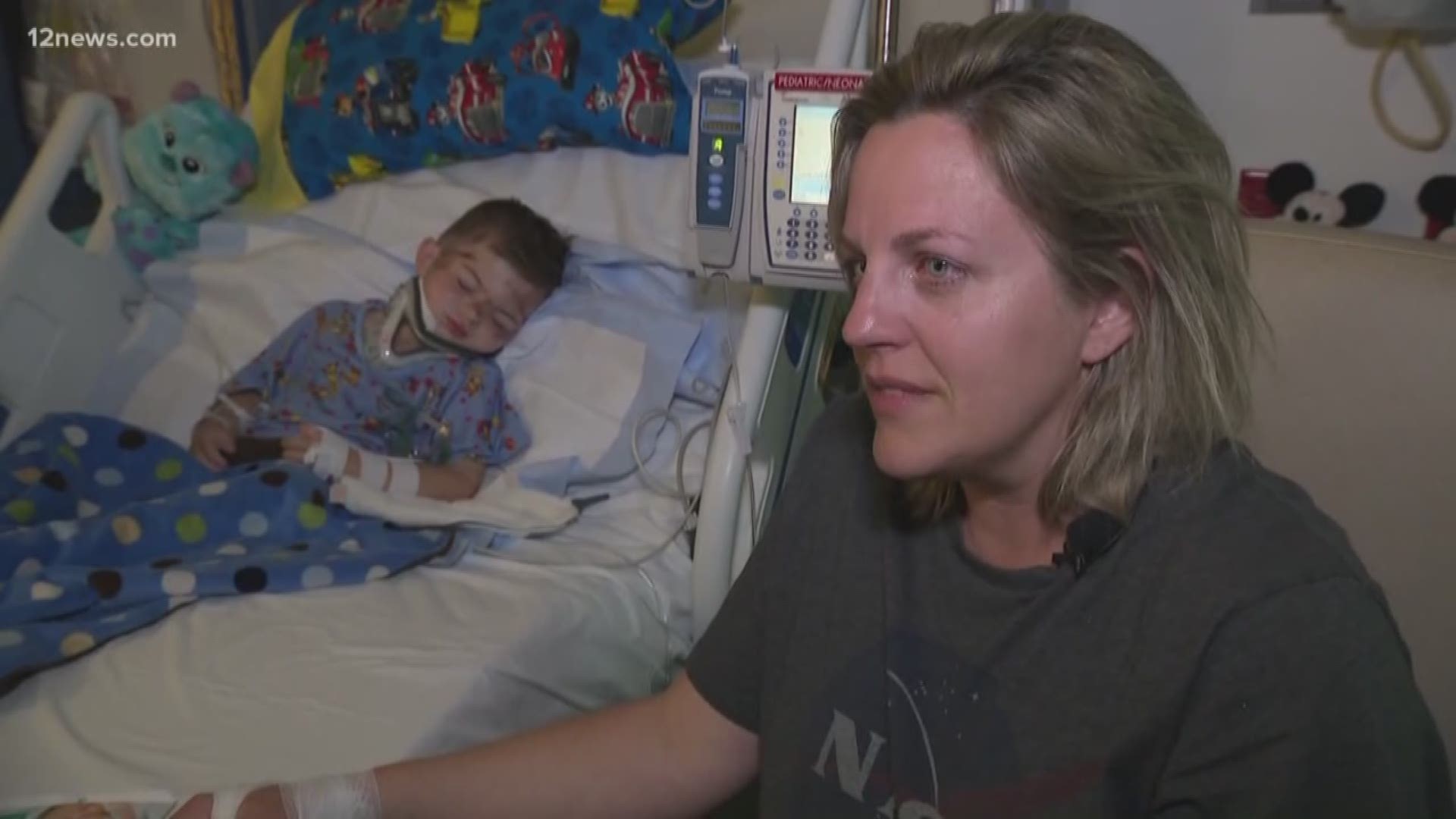 TEMPE, Ariz. — The moment plays over and over in Danette and Chris Hammis's heads.

"My son went underneath the car, and I thought he was just gone," Danette said while trying to hold back tears in her 3-year-old son's hospital room.

Just 24 hours earlier, the couple was walking in front of their house near Mill Avenue and Del Rio Drive in Tempe when a white sedan came up from behind.

"Kind of going slow and then turned the car facing right at us. I'm like, 'Is this some sort of joke? It's just a bad joke, what is he doing.' Then he just floors it," Hammis said the driver looked him in the eyes before smashing into them.

"You can see there's still tire marks on him," Chris said while showing some of Charlie's very visible injuries.

Tempe police are looking for a Hispanic male in his late teens or early 20s, driving a white sedan, possibly a Volkswagen.

"Without having a license plate number, they really need something from somebody to give them a lead because they're not actively pursuing anything," Hamis said.

The family is taking matters into their own hands by offering a $5,000 reward for any information leading to an arrest and conviction. A friend of the family agreed Tuesday to match that amount, upping the reward to $10,000.

"He doesn't deserve this and whoever did this needs to come forward," Dannette says.