Yolanda Cruz was evicted from her apartment last month. Now she is back on her feet and helping those less fortunate than her. 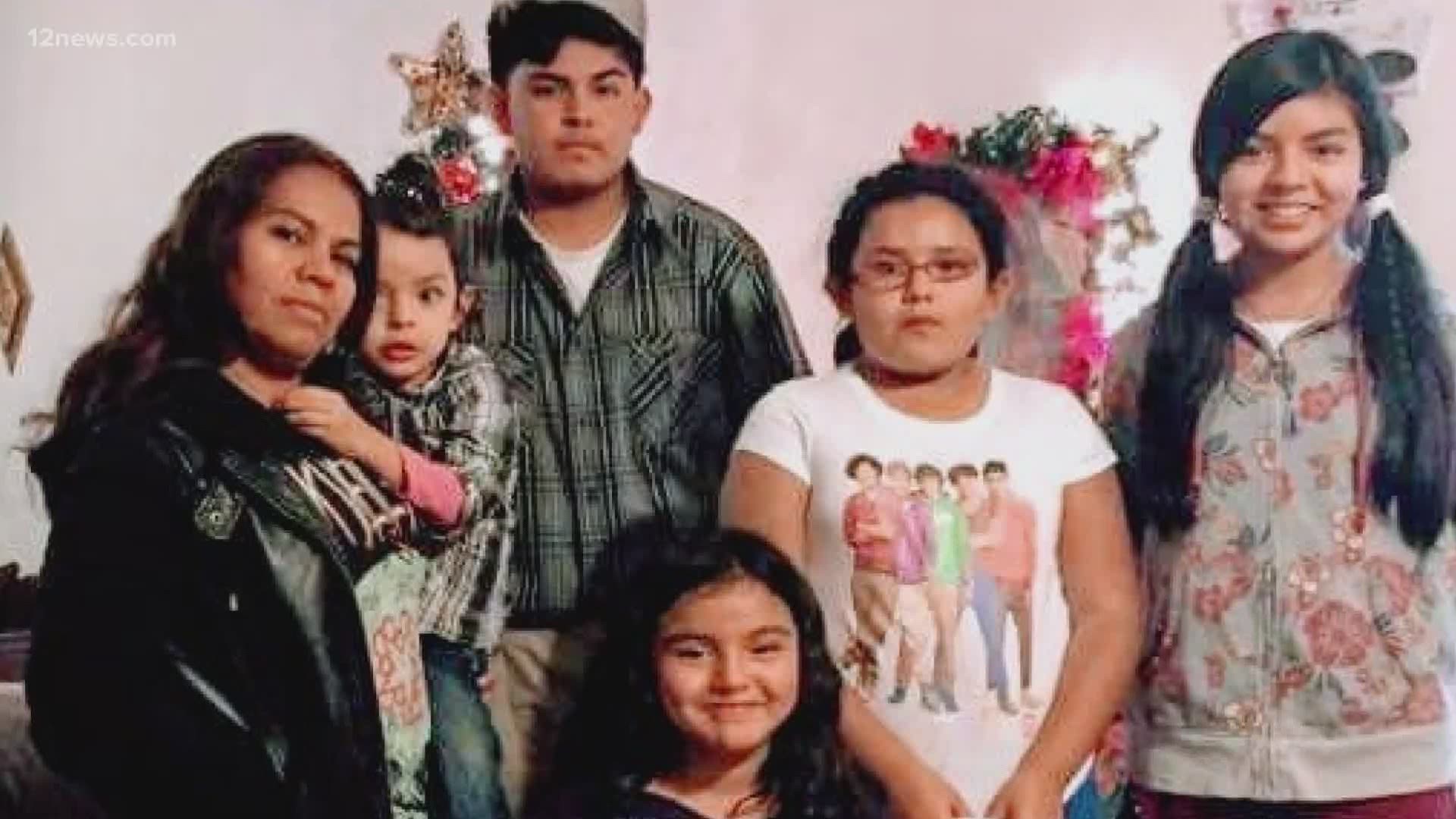 PHOENIX — A month can make a world of difference.

Last month, Yolanda Cruz was evicted from her home.

But after the kindness of donations from the community, Cruz is back on her feet with new furniture, a new house and is now helping others out.

“I feel like God loves me,“ Cruz, a mother of five, said.

Before the month of May, Cruz and her family have been struggling.

Her son had been shot and was in the ICU. So, Yolanda Cruz stopped working by cleaning homes. And she fell behind on rent, but she had a plan; she'd go back to work once her 17-year-old was out of the hospital.

But then the coronavirus hit and she couldn't clean homes.

Eight days after her April rent was due, her landlord took her to court to evict her.

During a telephone interview in April, Yolanda explained that her 17-year-old son was shot on Jan. 24 and almost died.

He was in ICU, had multiple emergency surgeries, had his tongue reconstructed and survived. He's been going through physical therapy and was released from the hospital.

Her landlord came to the hospital to collect rent money while Yolanda was caring for her son, she said. She paid him February and March. But she couldn't pay for April.

“Rent is due on the first of the month and I give tenants five days to pay me,” Henry Phay, the manager, told 12 News. "She kept lying to me about the date she was going to have the money, and I asked her if she needed some help because I know that due to the coronavirus times are difficult. I can lose my job too.”

Phay came around again on April 7, Yolanda said, and he was "very upset."

"I asked him for a couple of more days, and he said he was going to send me to court," she said.

She received court documents about her eviction the next day for an April 16 court date. Cruz did not follow the needed directions to postpone an eviction under the governor's order.

The community helped Cruz get back on her feet.

They got her money for a new apartment, donations of furniture and a bed. As the state has opened back up, opportunities for her to work again have started to pop up.

“If people help me, I feel l can help somebody else,” Cruz said.

So, that’s what she did, Cruz is giving back to people like Claudia Zuñiga.

“We’re scared because the person who did this to me is not in jail,” Zuñiga said.

Claudia is victim of domestic violence. She is now wheelchair-bound after her abuser shot her three times, partially paralyzing her.

Unable to work, Yolanda stepped in.

The donation of $500 made possible by the kindness Yolanda was shown by others.

The money will help pay for air conditioning during the summer months.

A glimpse of kindness in a time where so many need a little helping hand.