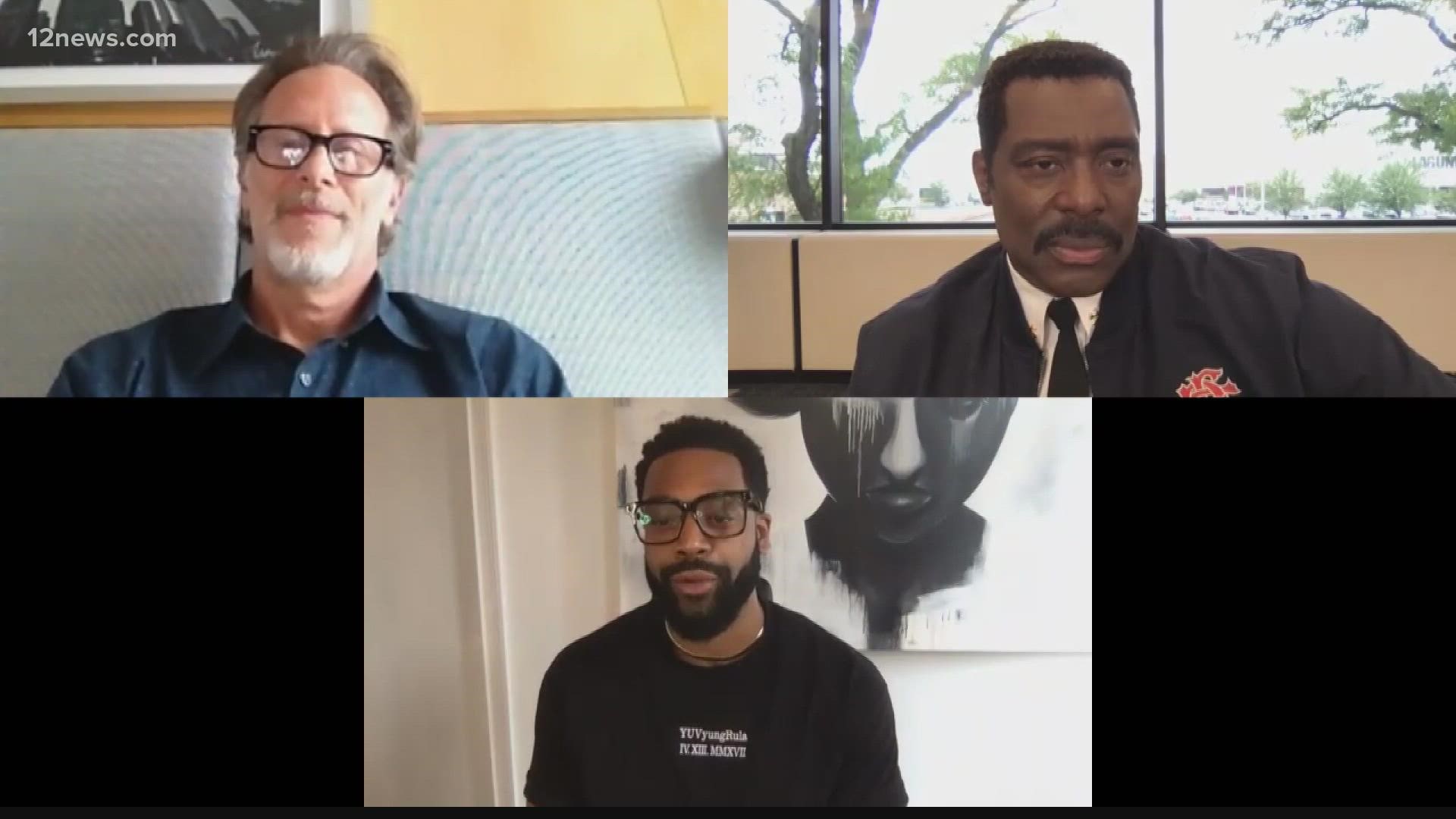 CHICAGO — The Chicago-themed shows are ready to reel in fans with plenty of plot twists and all the on-screen drama. The stars of Chicago Med, Fire and PD give us the details ahead of Wednesday's season premiere.

"We've been one Chicago, one heart, one night for a while and the only way to do that is to try to inspire each other," Eamonn Walker who plays Chief Wallace Boden said.

Chief Bowden of Chicago Fire, firing away with how they're always looking for ways to entice fans, especially when Firehouse 51 deals with a different type of emergency.

"We pick up where we left off. The squad underwater, not being able to breathe and their air tanks run out and you'll start holding your breath," he added.

The actors explain the big twists that require fast thinking and focus, even with plans of a side storyline looming.

"After that things will develop and they'll be a little bit of heartbreak and we hope the tears flow," Walker said.

So bring the popcorn and the high expectations especially for Chicago Med as Steven Weber who plays Dr. Dean Archer says, these new seasons promise to pay off.

"Dr. Dean Archer is made interim head of ED and the decisions confuses some because his actions in previous seasons were sketchy at times," he explained.

Chicago Med is in the midst of a secret investigation, as staff continues to treat patients. He said some are on seeing promotions while others are admitting to wrongdoing in the workplace.

As for Chicago PD, they're pumping the new season with serving and protecting Officer Burgess on the heels of last season. Laroyce Hawkins who plays Officer Kevin Atwater says, they're growing desperate to find her kidnapper, as the team tries to remain calm and work collectively as a department.

"We're trying to do our best not just to tend to Burgess but to also figure how and why it happened, he said. In some of our eyes, you might find vengeance, some want to shift gears and get over it some want to heal and move forward, if you know anything about Chicago PD, we really do our best to layer up the crisis line and give it flavor and love as possible and that's what's going to happen in this season."