Where are the students? Peoria school district searching for answers after seeing drop in enrollment

Peoria Unified reported a drop in enrollment of over 2,000 students compared to last year. District employees are literally knocking on doors to find out why. 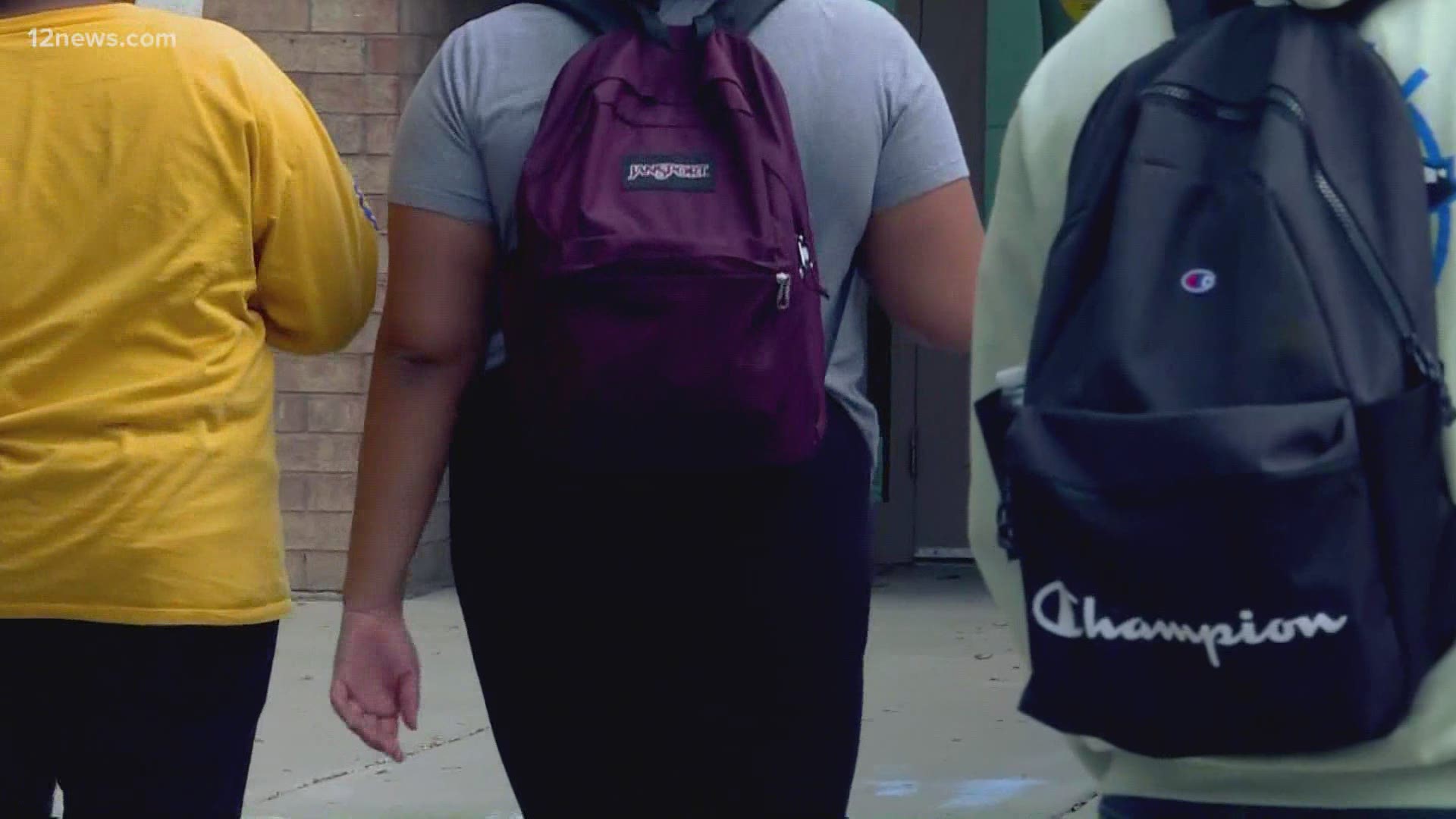 PEORIA, Ariz. — During this pandemic, the Peoria Unified School District is literally knocking on doors to find out where the students have gone.

More than a dozen social workers and interns for the district are making phone calls and visiting homes to find out why students dropped off the radar this school year.

“We realize during COVID maybe there was fear, there was trauma in their lives,” said PUSD social worker Kathleen Leonard.

The district has re-enrolled 22 students because of the efforts of social workers.

“That (vision) is ‘Every student, every day, prepared to shape tomorrow’ and when we say ‘every’ we mean ‘every,’” Reynolds said.

Peoria Unified reports a drop in enrollment of just over 2,000 students compared to last year, representing a 6% decrease.

“I think all school districts have recognized there is a population of students who we haven’t been able to make contact with,” Reynolds said.

Why are students leaving the district?

Some students falling off the radar experienced personal problems.

“Some of our students, we didn’t realize, ended up homeless. They didn’t know they could come back to school and that we could provide transportation,” Leonard said.

“Other students had medical concerns or learning disabilities and they didn’t realize they could still get services.”

Re-capturing students brings dollars to the district. Funding is based on enrollment. State law requires students to attend school until they are at least 16.

A kindergarten boom is coming

There are other reasons for lower enrollment. A spokeswoman for Peoria Unified tells 12 News that 500 kindergartners were held back by their families and will be enrolled next year.

According to the state Department of Education, enrollment is also up at many charter schools and for home schooling.

A second chance to succeed

For Kathleen Leonard, making sure families know their options is its own reward.

“It feels amazing. It feels like we’ve done our due diligence to reach out to these students to give them a second chance,” Leonard said.