'The Barnacle' is a boot-like device that is placed on the windshield and blocks the driver's view. It costs about $75 to remove and you can do it from your phone. 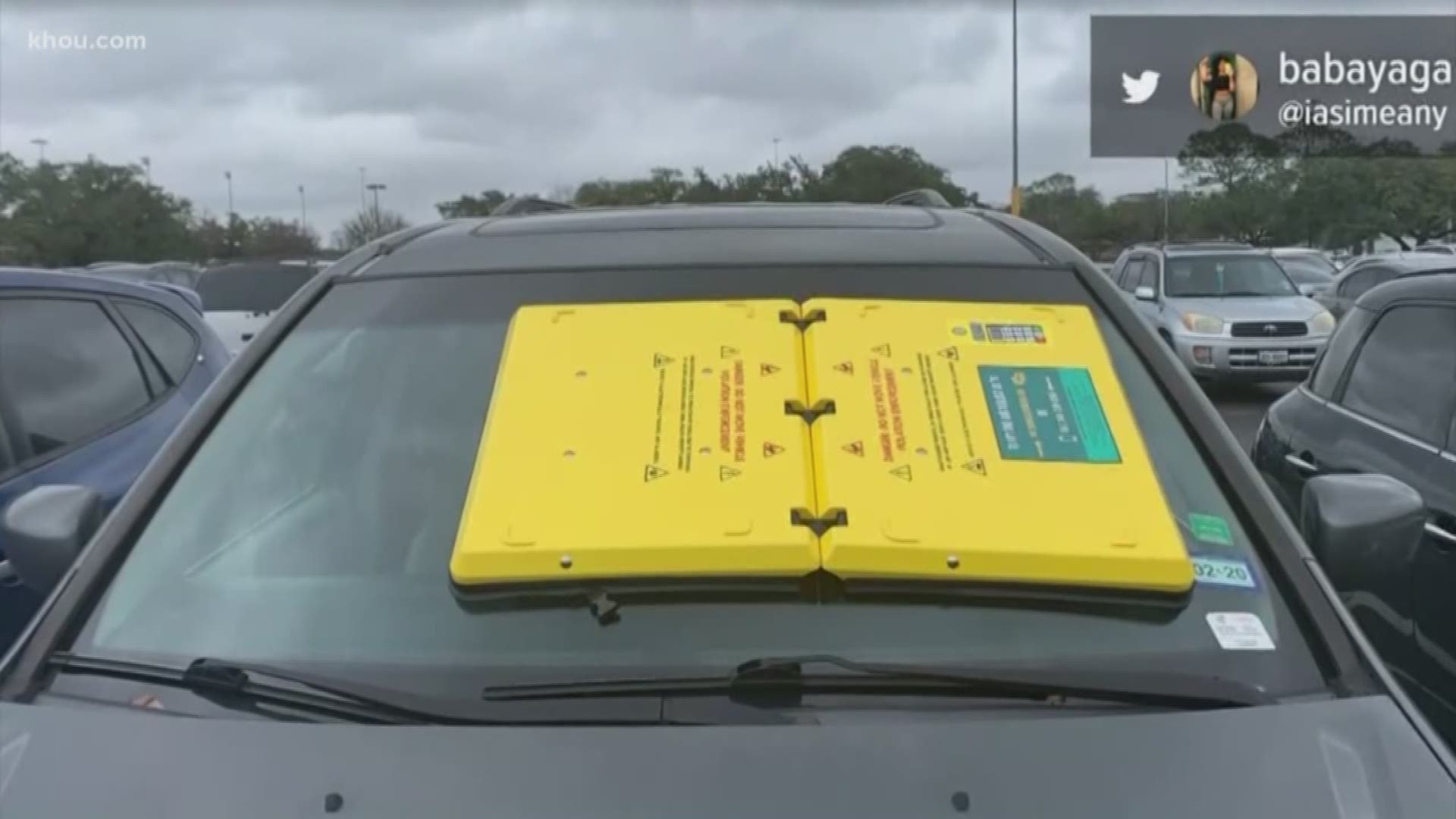 HOUSTON — A new device to catch parking violators at the University of Houston is causing quite the buzz.

A student posted a tweet about it on social media claiming the University was charging her more than $900 to get it removed.

The University of Houston used to tow vehicles that would consistently violate parking rules. But they got a new tool in December that would help with the problem and it looks like it’s not too popular with the students.

Its official name is the Barnacle, but it’s a boot-like device that is placed on the windshield that blocks the driver's view. Click here to read more about the Barnacle.

This is used on people who consistently park on campus with no parking permit.

“We only use the Barnacle for people who have multiple outstanding citations and that are not registered with our parking office ... that do not have the required permit at all,” said Neil Hart University Houston Parking Department.

And by multiple, he means at least five citations.

Recently a student at UH posted a tweet of her car that had a Barnacle placed on it.

She said it would cost her $920 to get it removed and she blamed the university for not having enough permits available for students.

The University of Houston said that’s not the case.

It only cost $75 to get it removed, with a $200 deposit if you return the device in the same condition.

The university wouldn't comment on this specific case but did say each parking ticket can cost anywhere from $30 to $60.

They can double if you don’t pay them or adjust them within 20 days.

“We understand things are tough and we are trying the best we can, but ultimately, they have to do the right thing ... park legally,” Hart said.

The university said there is a payment plan available and alternative transportation services for students that need them.

We have reached out to the student who posted the tweet and are waiting for a response.

RELATED: Mom gets $115 ticket while breastfeeding her baby in parked car