Greenburg is still on the Scottsdale Unified School District's governing Board, but fellow Board members voted to elect a new president in a special meeting Monday. 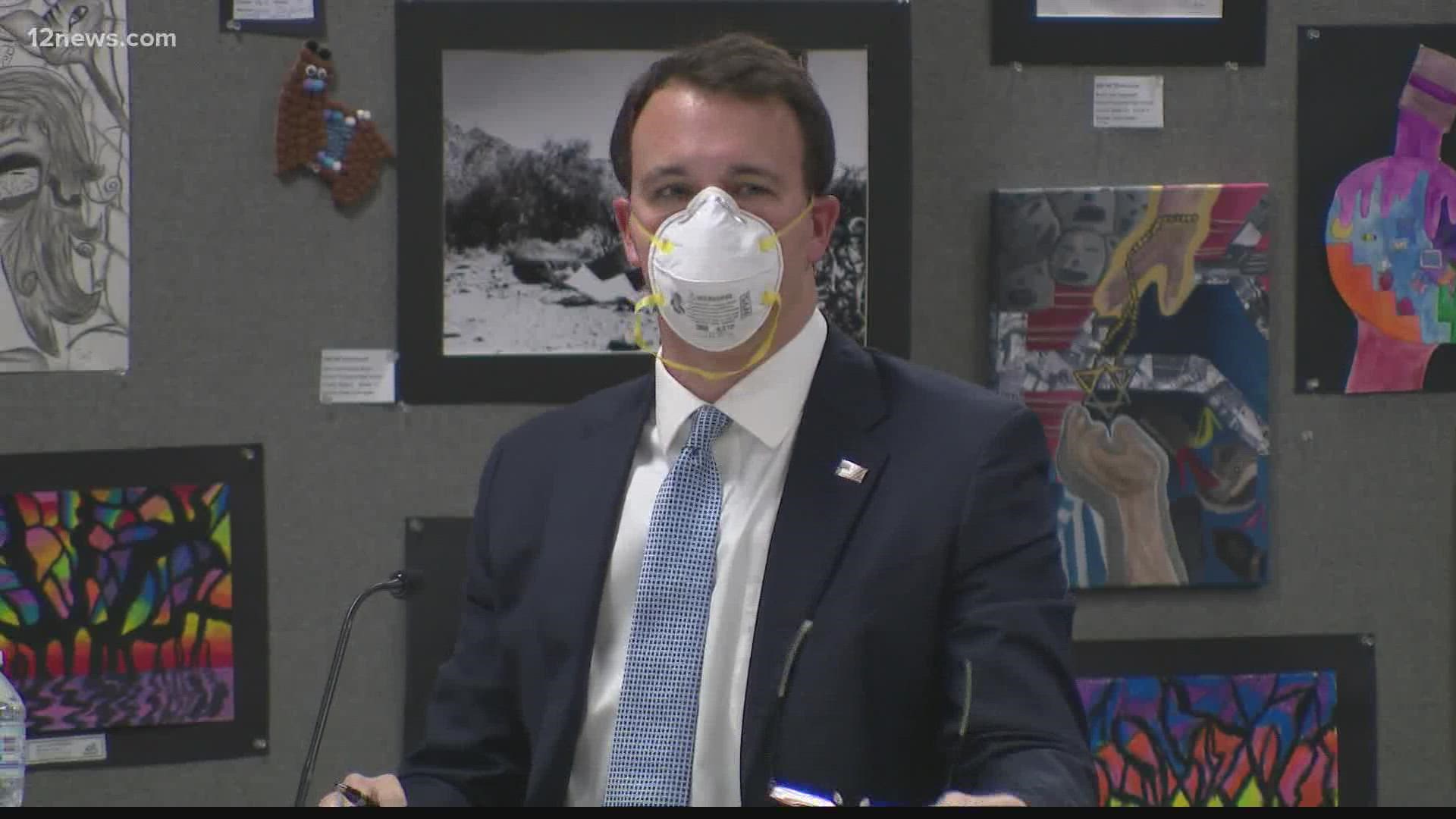 SCOTTSDALE, Ariz. — A Scottsdale school board president was stripped of his title Monday over a controversy that made national headlines last week.

Former President Jann-Michael Greenburg is accused of collecting personal information and pictures of some parents and children in the district.

Greenburg is still on the Scottsdale Unified School District's Governing Board, but fellow board members voted to elect a new president in a special meeting Monday.

The motion to elect a new president came after it was revealed last week that Greenburg was allegedly collecting personal information on parents, their kids and community members.

A Google Drive account containing this information was allegedly in Greenburg’s files and reportedly maintained by his father.

"It was horribly violating," Carine Werner explained. "I felt violated, I felt threatened."

Werner, who attended Monday's meeting, said her family’s information is on the drive. She said she currently has a senior in the school district.

"It had background checks on me," she shared. "My family members - my kids' contact information, pictures...my tweets."

She and other parents think they could have been targeted after speaking out against board decisions, like COVID-19 policies or curriculum concerns, at meetings.

Other SUSD parents told 12 News they’ve known about the Google Drive folders and their contents since August but are only now coming forward after body camera videos were uploaded to the online folder.

"Why are you doing this?" she said. "Because I disagreed with their views?"

Superintendent Scott Menzel said he didn’t know about the Google Drive account and has not reviewed any alleged content.

"I’m disappointed in the way parents were referenced and the things that were reported," he said after Monday night's meeting.

Scottsdale Police and a forensic investigator hired by the district are investigating the situation.

Greenburg only spoke out during the meeting, claiming the board didn't have all the facts.

"There appear to be bad actors involved, and I am confident our law enforcement professionals will quickly resolve these issues," he stated.

A recap: Jann-Michael Greenburg is still on the SUSD Board but no longer President. Other Board members still calling for him to resign. We tried to get a comment after the meeting but he did not respond to reporter questions @12News pic.twitter.com/LfhsYJA9j2

He went on to say that social media could cloud judgment, generate fear and cause hasty reactions, which he believed was happening in this case.

"I will do my part to leave the fear and politics out of the important work we must do together," he said.

Despite his statement, board members moved forward with a motion to elect a new board president. They voted in Patty Beckman, who accepted the role as an interim president until the term is set to be up in January.

Some board members and community members are still calling for Greenburg to resign from the board altogether.

The board can’t just vote to make Greenburg resign. He was voted in by the community so he’d have to be removed in a recall vote.

Greenburg did not respond to any questions from 12 News.

Superintendent Menzel released an additional statement by email after the meeting. It reads, in part:

The focus of the Governing Board should remain solely on improving educational opportunities for each and every one of our District’s 22,000 students. The decision this evening ensures that with new leadership this will be the top priority. 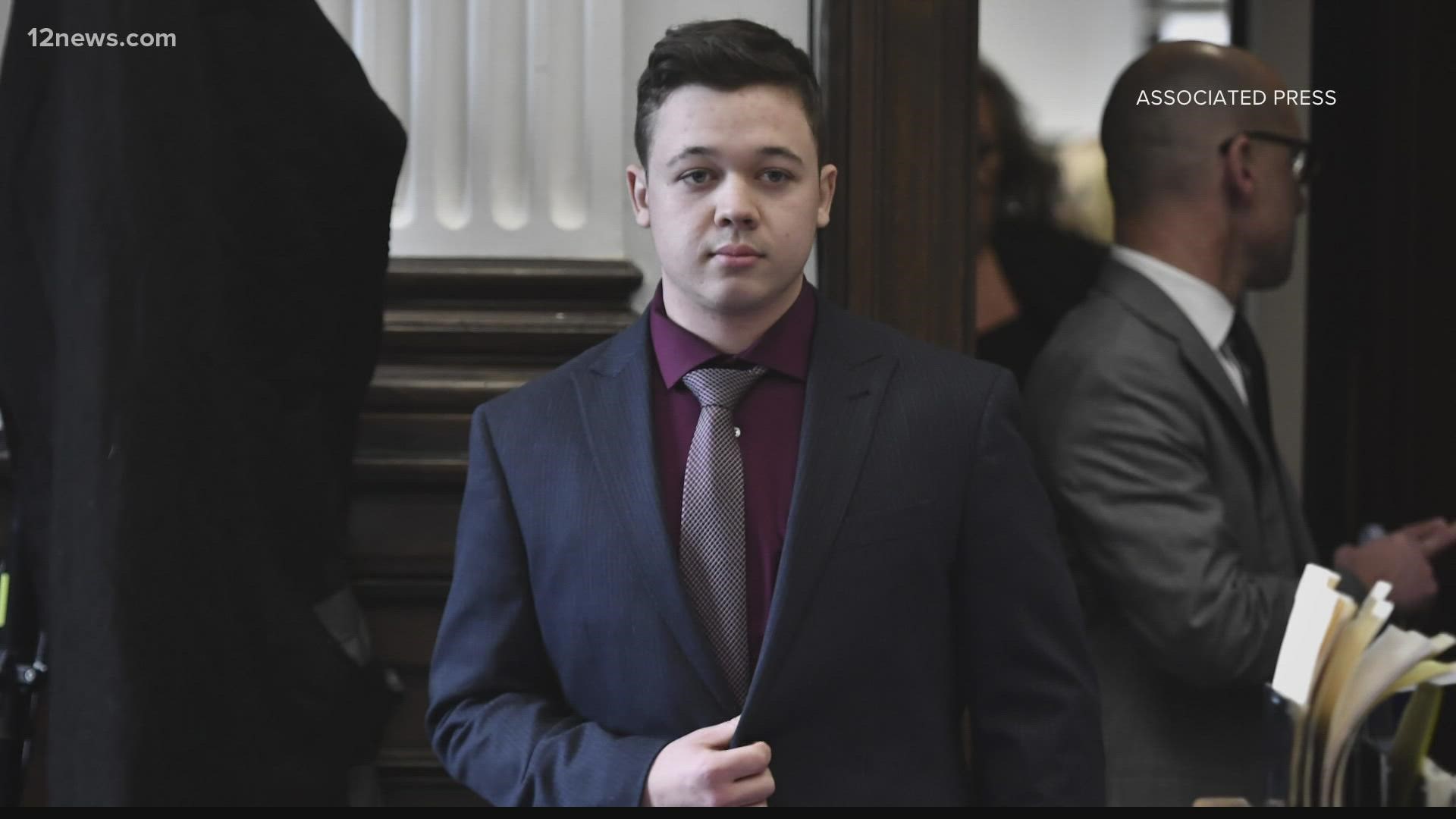