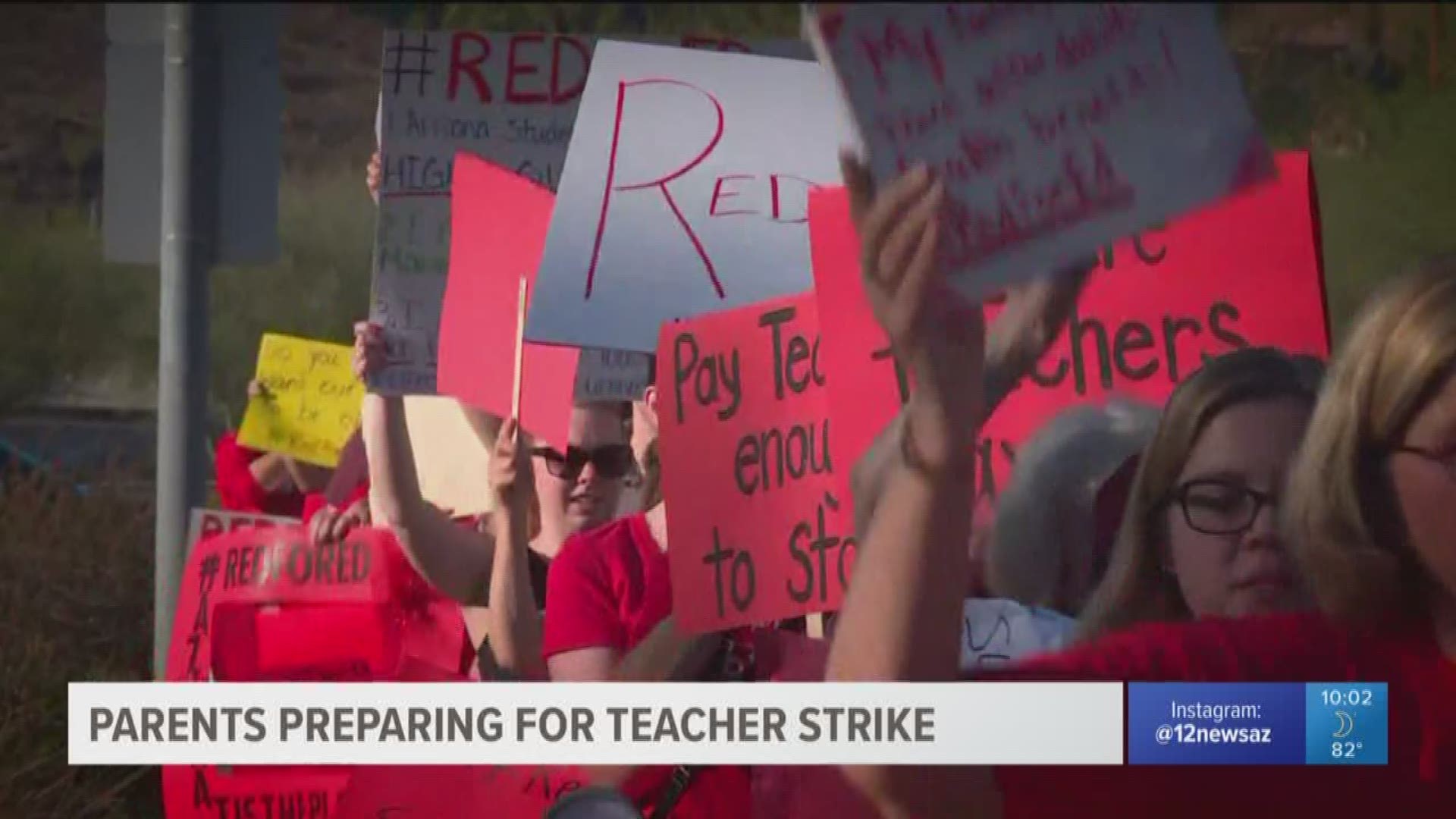 Arizona school counselors are ready to walk out, too.

LIST: Here's what school districts plan to do during the walkouts Thursday

A reported 78 percent of teachers with Arizona Educators United and the Arizona Education Association voted in favor of the walkout last week.

According to a release from AzSCA, the association, supports a pay raise for teachers but also wants a 20 percent increase in school counselor and educational support staff salaries. The association said counselors are on the same pay scale as teachers, but were "excluded from the 1% pay raise for educators last year."

“School counselors are professionals, who need masters degrees to even begin their careers," Corey Harris, AzSCA's executive director said. "They are faced with last-in-the-Nation student to counselor ratios, near the very bottom in average salary and are being asked to do more than ever in the wake of our Nation’s tragic collection of school shootings. As professionals, they have taken on these challenges because our State’s children need them. But being left out of the recent salary proposal, along with all other educational support staff is downright disrespectful of the great work they are doing.”

Menard said Ducey and the legislature need to the message of the walkout "loud and clear."

According to the release, support for the walkout varies between districts, so not every school counselor is expected to take part.