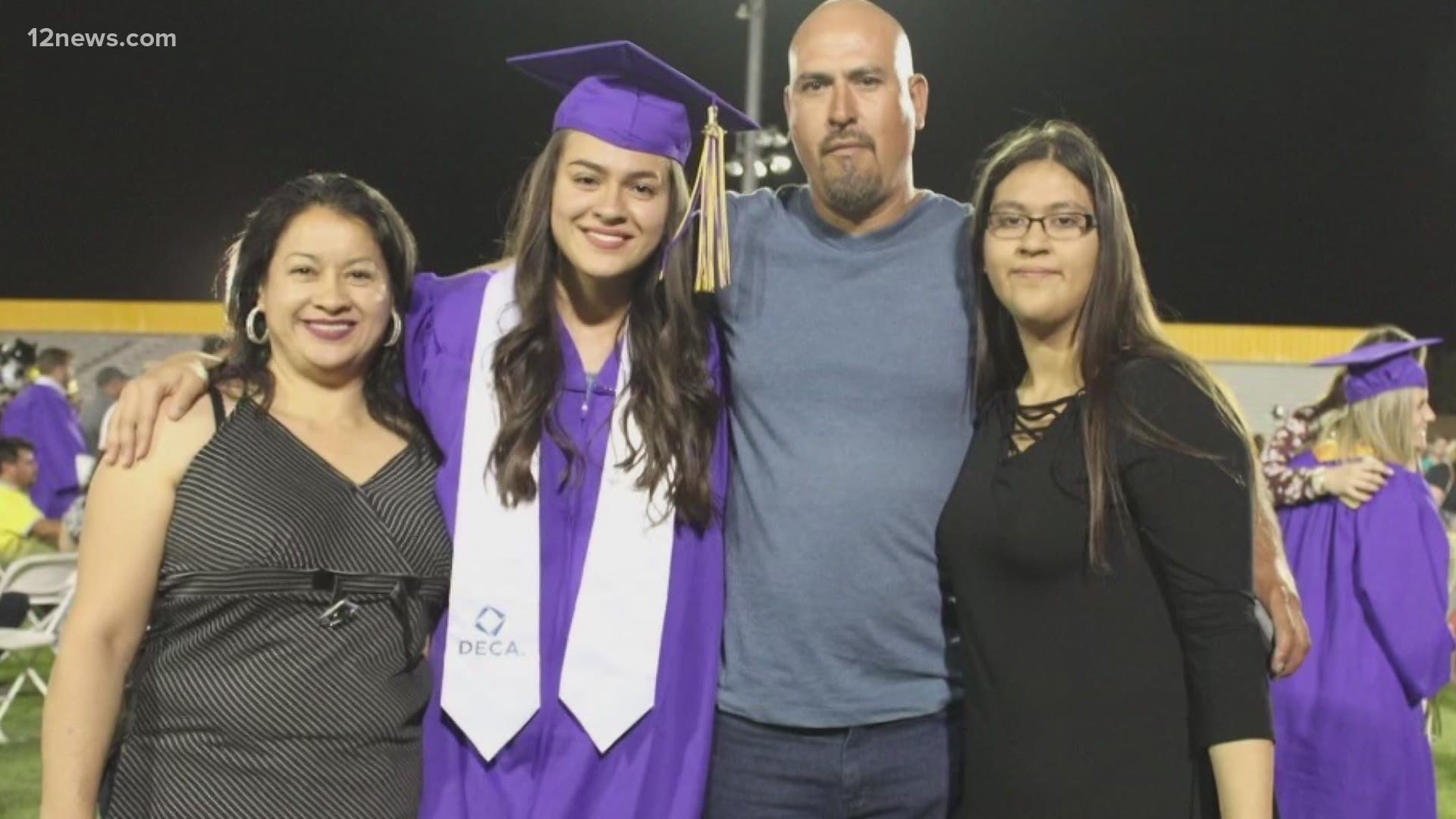 PHOENIX — Arizona voters in 2022 will decide whether in-state tuition can be provided to all students who attend and graduate from an Arizona high school, regardless of their immigration status.

The Arizona House of Representatives voted 33-27 in favor of adding the initiative to ballots in 2022. The effort was led by two state Republicans but is being called a bi-partisan effort, and it could repeal a 15-year-old ban in Arizona on in-state tuition for undocumented high school graduates.

Since 2006, children without documents that attended and graduated from Arizona high schools have had to pay out-of-state tuition rates.

The Intermountain American Business Immigration Coalition, which advocates for immigrants and their contributions to the economy, and Aliento, an immigrant advocacy group in Arizona, say the ban since 2006 has deprived undocumented students of a college education due to cost, which then limits their contribution to Arizona’s economy.

"The passage of this bill is economically important, morally right and politically smart," Bob Worsley, co-chair of the Intermountain Chapter of the American Business Immigration Coalition, said in a release.

The ballot initiative effort was led by Republican Reps. Michelle Udall and Joel John in the Arizona House.

"Dreamers" refer to immigrants who arrived in the U.S. at a young age usually under circumstances out of their control. The Deferred Action for Childhood Arrivals (DACA) program shields them from being deported. In 2012, then-President Barack Obama issued the DACA executive order after the Development, Relief and Education for Alien Minors (DREAM) Act did not pass in Congress.

The final say will go on the 2022 ballot. It does not need the Governor’s signature.

Representatives became emotional during the final vote on the House floor, as they explained the reason behind their decision on the bill led by Republican Reps. Michelle Udall and Joel John.

“We’re letting the voters of Arizona rethink themselves for this harmful legislation that in [2006] changed the lives of students in the state of Arizona,” said the newly elected chair of the Arizona Democratic Party, Rep. Raquel Terán, as she fought back tears.

At least four Republicans voted in favor of the measure. Those that voted against it largely explained their decision several factors, including the method used to bring the bill up for a vote, along with the discussion that in-state tuition for DACA recipients, would lead to more illegal immigration in the state.

“In the long run I feel that this bill is going to hurt the very kids that we are trying to educate,” said Republican Rep. Walter Blackman. “And benefit those who just came over last year or the year before.”

Arizona’s superintendent Kathy Hoffman applauded the passage of the measure saying voters “deserve the right to weigh in on this important policy” saying SCR1044 was a step in the right direction.

“Every Arizona student deserves an equal opportunity to learn, grow and succeed,” Hoffman said in a tweet. “For far too long, Arizona’s students have not had the same opportunity to attend one of our state universities.”

As a result of the 15-year ban, Dreamers like Deyanira Garcia say they have been forced to limit their education and prolog their years of study.

Garcia was just one year old when her parents brought her to the United States. Although she graduated from Mesa High School, she can’t pay in-state tuition, forcing her to split her school and work.

She studies biology part-time at Mesa Community College and works about 20 hours a week to fund her education.

“I do feel like I should get the chance of paying in-state tuition because I’ve lived here for 21 years of my life,” Garcia said.

Currently, out-of-state students pay three times more than a resident for one credit hour at community colleges. That’s less than $100, compared to about $300.

At state universities, the difference is even bigger. Dreamers pay a 150 percent rate, that’s about $17,000 a year for DACA recipients and about $10,000 for citizens, said Reyna Montoya, founder and CEO of Aliento, an immigration advocacy group, who has led the way in the fight for SCR1044’s passage.

“This would be a great step forward for our state, for our students to have a higher education and be able to contribute back,” said Montoya.

The University of Arizona said as of this fall, 43 DACA students were enrolled this year, a school spokesperson said.

If the measure is approved by Arizona voters in 2022, Garcia says she would go back to school full time and not prolog her education.

“Just getting on with my life rather than having to worry about, how am I going to pay for college, now I could focus on my classes,” Garcia added.

Former President Trump announced in 2017 his administration would end the DACA program, but after lawsuits, federal courts ruled against the administration, allowing previous DACA recipients to renew their deferred action.

The U.S. House of Representatives voted in March to unlatch a gateway to citizenship for young Dreamers, migrant farmworkers and immigrants who have fled war or natural disasters, but the immigration reform faces an uphill climb in the Senate.