Arizona's school districts are warning students not to do a popular TikTok challenge that has kids stealing items from campuses nationwide. 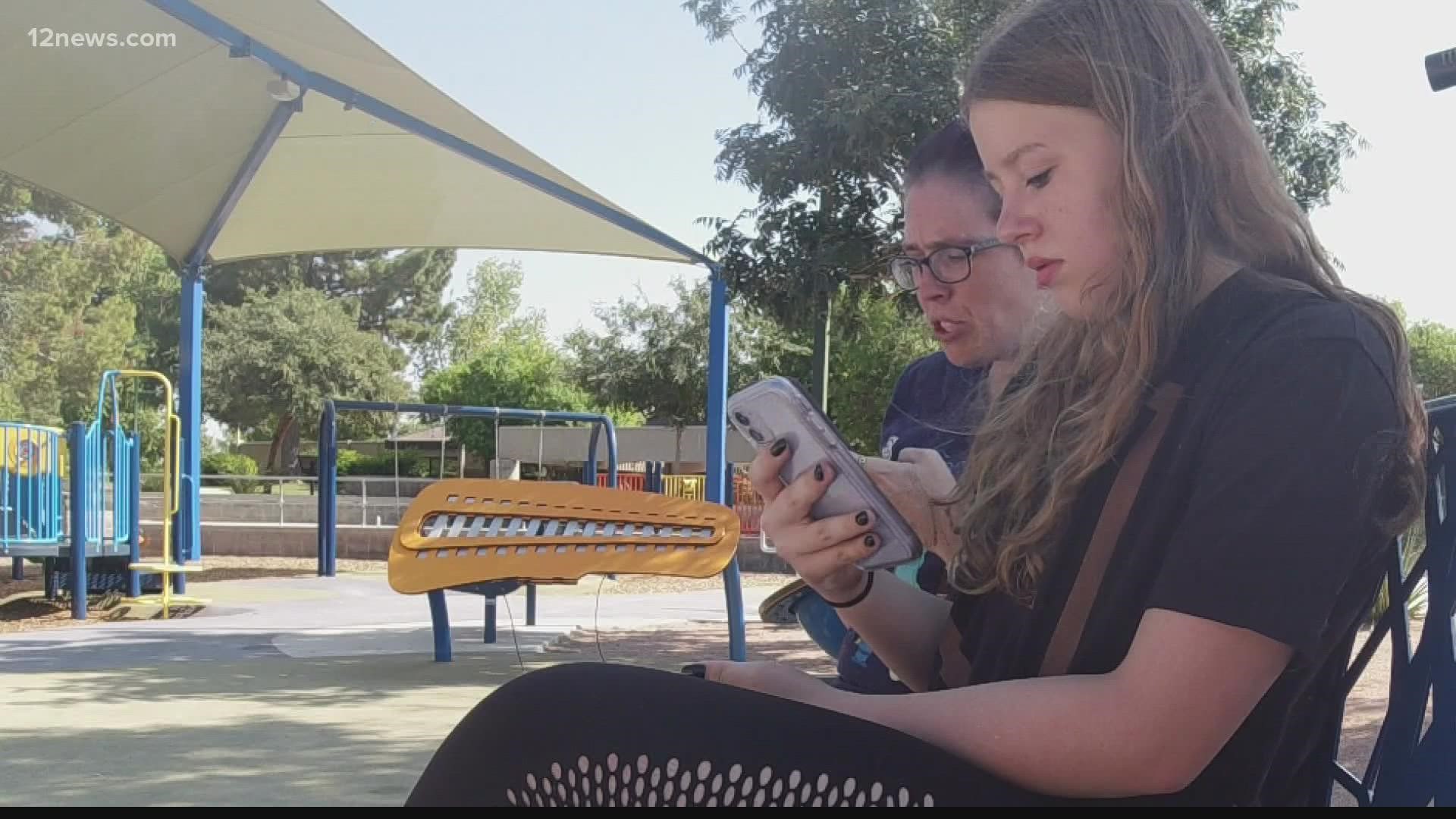 MESA, Ariz. — Several school districts throughout the Valley are warning their students not to do a popular TikTok challenge that encourages kids to steal items from their schools.

Known as the "devious lick" challenge, followers on TikTok are told to document themselves stealing valuable items from their school and share them on the social media app.

The challenge has caught on rapidly and schools across the country are reporting the disappearance of various items from classrooms and bathrooms.

Mesa Public Schools, Arizona's biggest school district, issued a warning on Tuesday for students not to do the TikTok stunt on its campuses.

"Please know that consequences for stealing or destroying school property are severe, and can include expulsion and police involvement," Superintendent Andi Fourlis wrote in a statement.

Schools and parent associations in Florida and California have been issuing similar warnings as Mesa's, urging parents to speak to their children about the consequences of vandalism.

TikTok representatives released a statement saying any content associated with the challenge will be removed and engagement with the hashtag will be redirected.

"We expect our community to stay safe and create responsibly, and we do not allow content that promotes or enables criminal activities," a spokesperson from TikTok said in an email. "We are removing this content and redirecting hashtags and search results to our Community Guidelines to discourage such behavior."

"...As a result, bathroom access was temporarily limited on affected campuses, so that security or other staff members could monitor and react to any further incidents," district officials said in a statement. "We are disappointed that this is the case, but it is the best solution to this kind of behaviour."

Both Kyrene Elementary School District and Scottsdale Unified School District tell 12 News they've had issues in some of their middle schools related to the challenge as well.

Leanna has a TikTok account and said she's seen the viral videos making the rounds. However, this week, she said it appeared to her the bathrooms on her Mesa Public Schools campus weren't available to students.

"I went to go use the restroom the other day and that's when I couldn't find one," Leanna said.

"It's just really frustrating because I've asked a lot of questions and it turns out there is a line to use the restroom in the nurse's office," Becky Dennison, Leanna's mother said. "But you can only go during lunch."

Mesa Public Schools has not responded to 12 News's requests regarding if bathrooms are being limited on campus because of the challenge.

The challenge is just the latest in a string of challenges teens have picked up from social media.

Past challenges included things like eating laundry detergent pods, salt or using chemicals for things they shouldn't have. Those had at minimum health consequences, now, some districts are involving police.

"I think this is a real hard hit that real-world consequences and actions are coming now and hopefully we won't see another trend like this," Becky said.

RELATED: She coughed in someone's face and her video went viral. Now she's lost her job.

RELATED: Yes, the frozen honey TikTok trend can cause health problems, such as cavities and stomach issues