Betsy DeVos is a villain to advocates for Arizona's public schools.

But in a state where school choice started 20 years ago, the new education secretary is viewed by choice supporters as a hero. 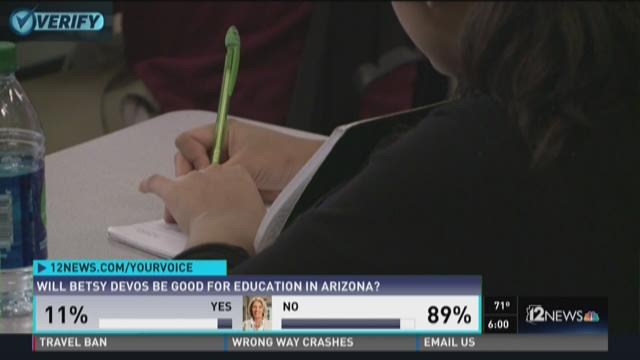 Betsy DeVos is a villain to advocates for Arizona's public schools.

But in a state where school choice started 20 years ago, the new education secretary is viewed by choice supporters as a hero.

Arizona's Legislature might be on the verge of making one of DeVos' biggest dreams a reality.

DeVos, a billionaire activist and donor, was the most divisive cabinet nominee in U.S. history -- the first requiring a tie-breaking vote by a vice president to win Senate confirmation.

Looking forward to working with @BetsyDeVos to bring education decisions and dollars back to the states. #congrats

Lest there be any doubt about how I'm voting on @BetsyDeVos she had me at "school choice" years ago...

For all the controversy, the leader of the school-choice movement is a hero in Arizona to the people who've made the state one of the choicest in the country.

"Her advocacy for those choices will be very important in Arizona and everywhere," Butcher said.

She'll let "parents know there are options out there even in states that may not seem like they have many parental choice laws."

"We are sending to Washington a true champion for quality educational options available to every student and family. Ms. DeVos is a proven leader who will fight for education reform that works – just as she has done for nearly three decades. That means putting students over special interests, expanding access to high-performing schools, empowering parents and loosening the federal government’s grip on education policy decisions that are better left to local officials."

Her mission is letting parents use taxpayer dollars to send their children to any school -- public, private or religious schools.

The Arizona Legislature is currently debating SB 1431, a bill that would give all parents vouchers, worth $5,200 a year, to attend private or religious schools or for other uses. A committee hearing on the bill is scheduled for Thursday.

"If you ask parents now, parents love to be able to have the choice ," State Sen. Debbie Lesko, the bill's sponsor, said on last weekend's "Sunday Square Off." 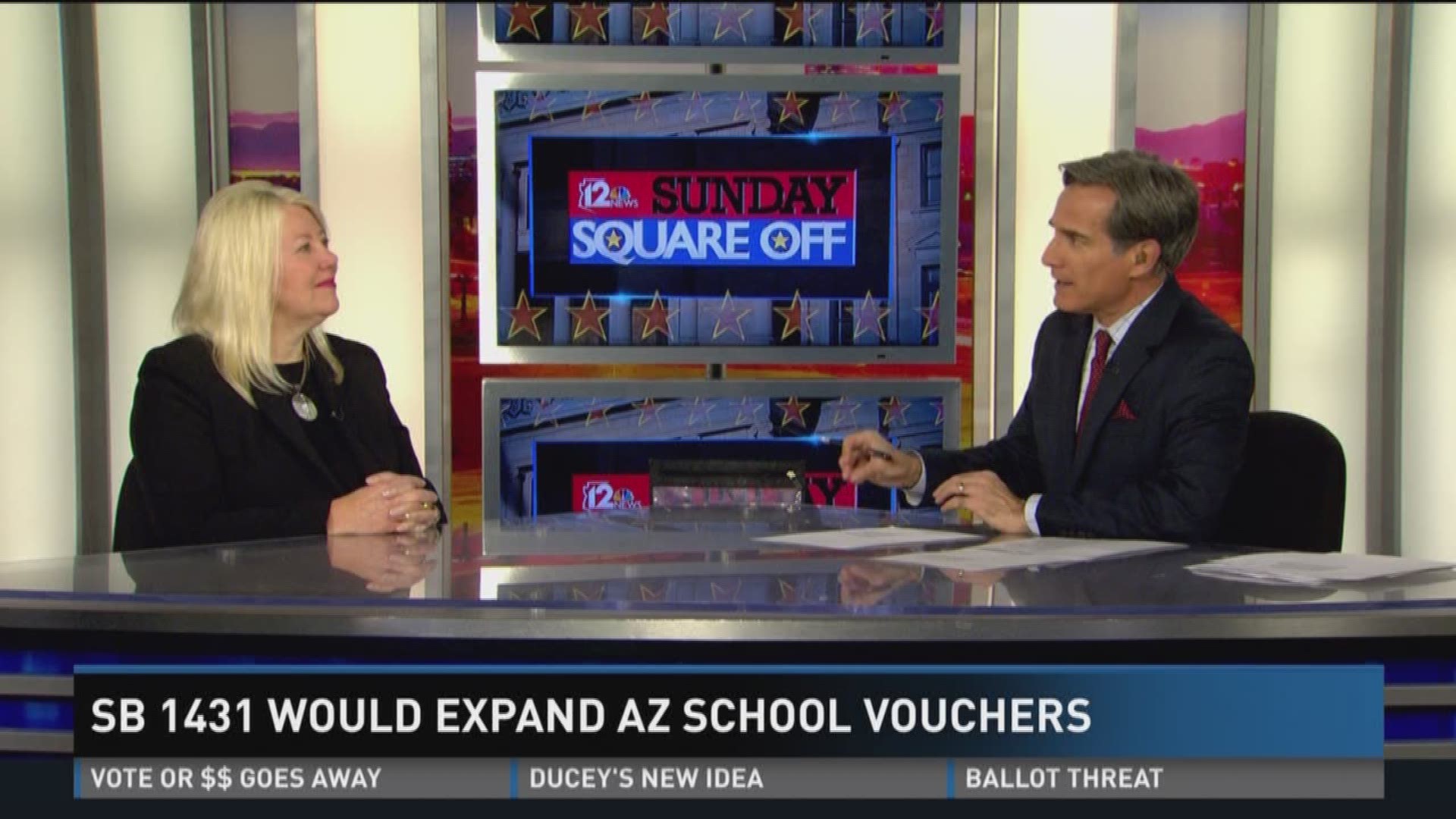 A recent statewide poll asked whether voters support the universal voucher plan. Arizona voters rejected the idea by more than two to one.

DeVos, a former chair of the Michigan Republican Party, is also a powerful force in Arizona politics.

The non-profit she found and led, the American Federation for Children, spent $827,000 in the last four elections to elect Republicans.

The DeVos family, heirs to the Amway fortune, has donated $50,000 to Sen. John McCain's campaigns.