Jane Andersen is concerned if Arizona sees another coronavirus spike, her son, who has cerebral palsy and is blind, will be left behind once again. 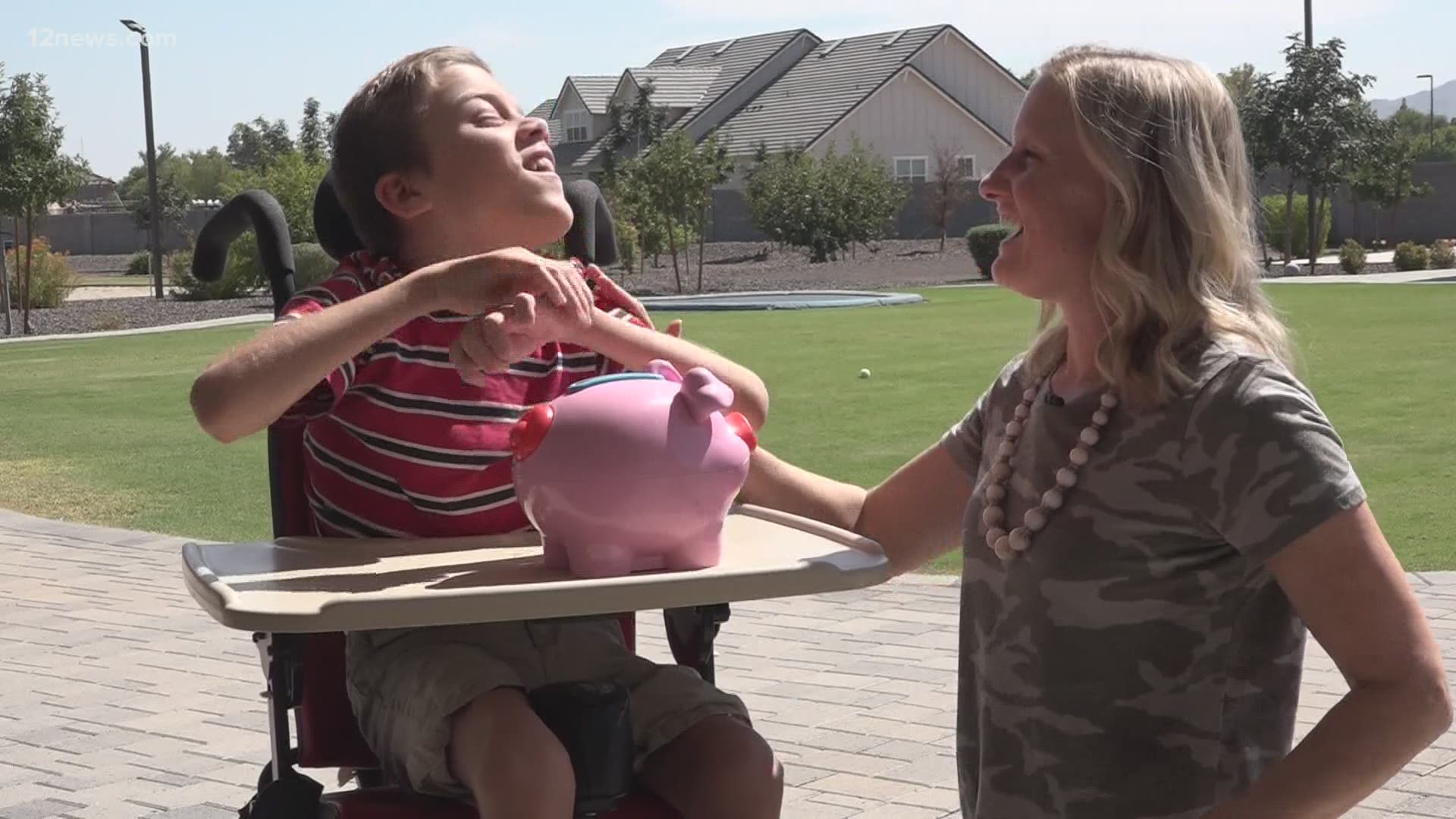 CHANDLER, Ariz. — A Chandler mom says her son, who is physically and mentally disabled, is being left behind because of the way the Chandler Unified School District has handled the school year so far.

“He thrives on routine," said Jane Andersen talking about her son, Matthew. “When you take that routine out of his life it’s very, very difficult.”

2020 has been anything but routine for kids and parents everywhere. Jane Andersen is no exception.

“Everything went online and that was more successful for certain children than other children," Jane said.

Jane's son Matthew, who is now a freshman at Perry High School, has cerebral palsy and is blind.

“Although he’s in ninth grade, developmentally he operates at less than a Kindergarten level," Jane said.

Jane says remote learning for Matthew is essentially impossible. He relies on hands on help from multiple teachers. When schools transitioned to online learning in the spring, there were big challenges.

“Even the assignments really couldn’t be specialized so I remember him getting an assignment about having proper etiquette in a movie theater which for someone who is blind is not going to be appropriate," Jane said.

But Jane was hopeful the Chandler Unified School District would have an individualized plan for Matthew by fall. The district ultimately offered him two and a half hours of in-person learning, three days a week.

“The fact that Matthew could go in person for some degree as something we were really excited about and of course when he went he wanted to go every day. He asked to go every day," Jane said.

Then, in early September, Chandler's governing board voted to allow some students to return in person full time. Jane watched that board meeting certain they would also allow those with the most serious needs like Matthew to return as well.

Terry Locke, a spokesman for the Chandler Unified School District, released the following statement to 12 News:

“This is a decision the Governing Board weighed heavily. It was difficult to provide full-time special education programs without fully opening the school.”

Now, as Matthew and all other Perry High School students return to school full time starting Tuesday, Jane is preparing a plan. She's looking for an open spot in a private school. She's concerned if Arizona sees another coronavirus spike, her son and other special education students will be left behind.

“When I don’t see them treating their most vulnerable students in a way that they should I want to call it out because they need to change," Jane said.

Since the start of COVID-19, our Exceptional Student Services team has worked to support special education providers and families with tools for adapting to this new learning reality. During school closures, onsite services remained open and available for students with disabilities. And as part of our Roadmap to Reopening, our ESS team created School Reentry Guidelines for Special Education providers to guide them.

Every action Arizonans take to prevent the spread of COVID-19 in our communities has a ripple effect that eventually touches our schools and students. Every mitigation strategy is critical to keeping our most vulnerable students safe in classrooms, just practicing one is not enough. We must all CONTINUE to practice good hygiene, wear a mask, stay socially distanced and get tested if you suspect you have been exposed to the virus. The youngest Arizonans are looking to us not only as leaders, but as examples. 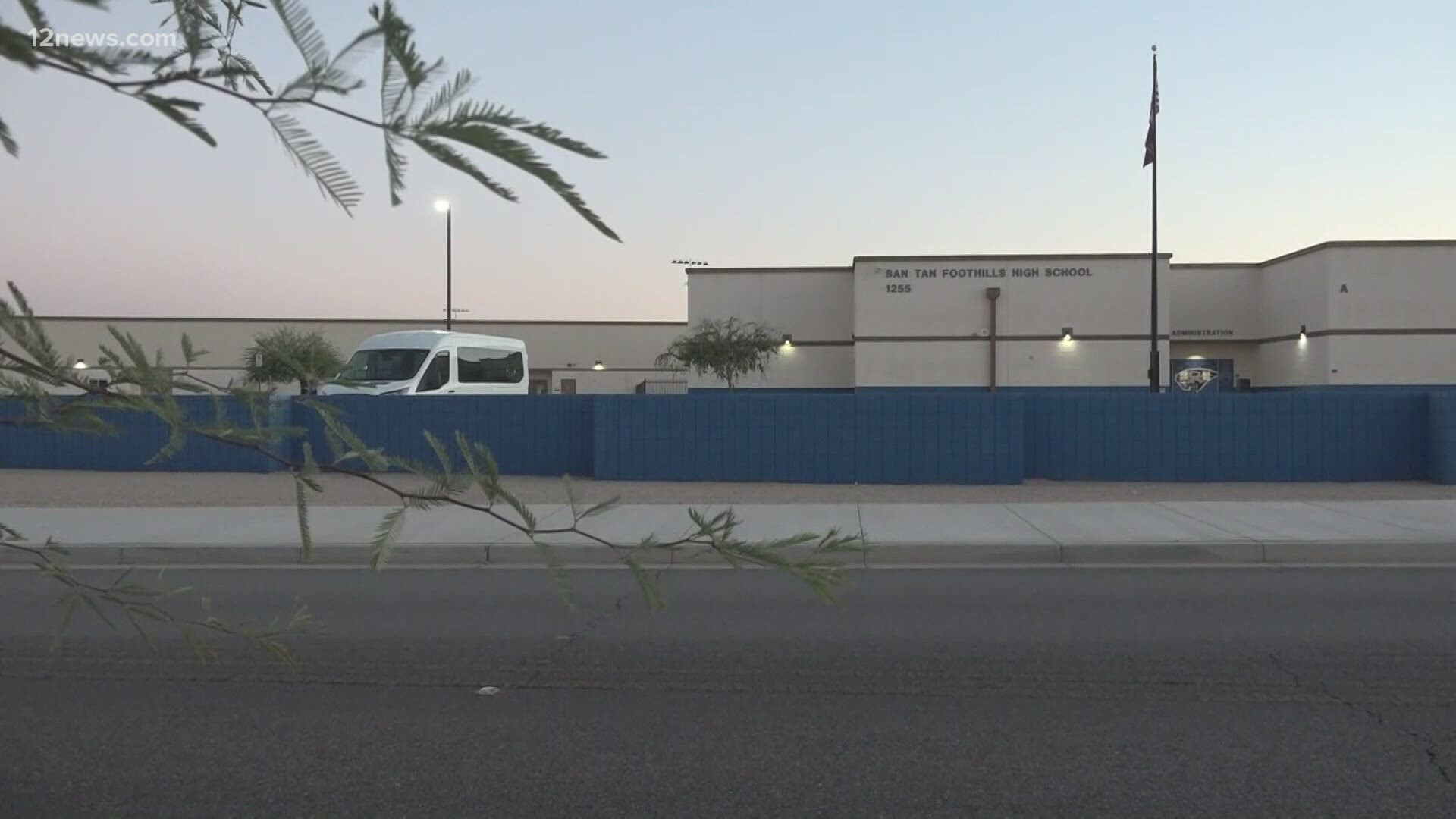