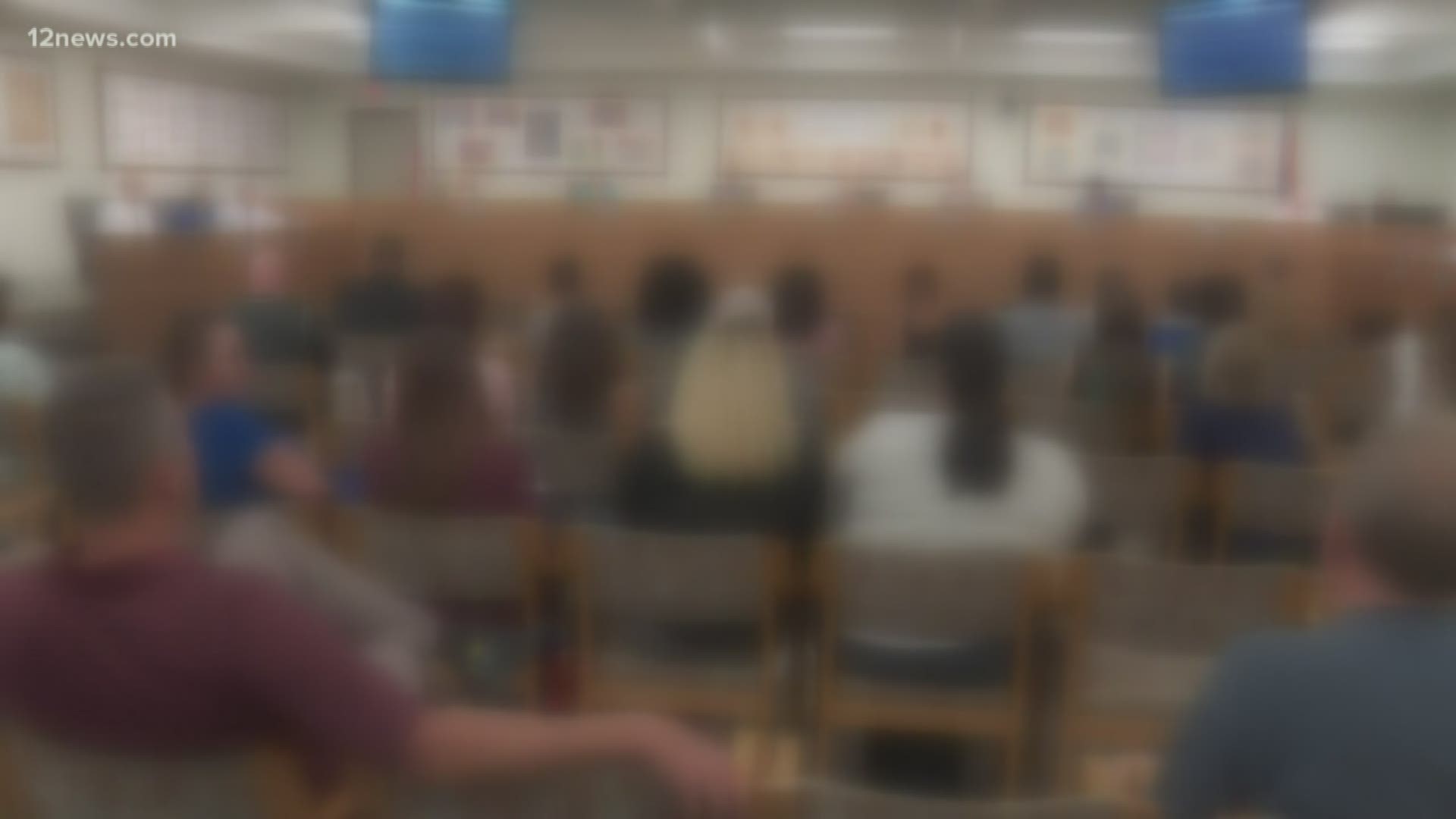 PHOENIX — Conservative Arizona lawmaker Sylvia Allen said Thursday she would remove language in a new bill that would ban discussions of homosexuality in sexual education classes in the state's public and charter schools.

Allen, a Republican state senator from Snowflake, had already scheduled the bill for a hearing next Tuesday – the second day of the new legislative session – before the Senate Education Committee, which she chairs.

The bill, SB 1082, would create new obstacles to teaching sex ed in schools:

- It would remove the word "homosexuality" from the definition of "sexual conduct" that can be discussed in Arizona schools.

- It would also ban sex education before seventh grade. Health education would be allowed in kindergarten through sixth grade.

- Students or their parents would have the right to sue a school district or charter school operator for failing to follow the new sex-ed regulations.

After introducing the bill Wednesday, Allen said in a statement Thursday that the media were "misinterpreting the language" and she would amend the bill.

But Allen didn't explain why her bill removed homosexuality from discussions of sexual conduct in sex-ed classes.

"Several news outlets have reported that my bill to provide parents more access and information on sexual education courses also prohibits the inclusion of homosexuality as part of any chosen curricula. They are misinterpreting the language. That was absolutely not my intention. I regret that it has diverted attention from the main goal of the bill, which is to assist parents with more access and transparency, so that they could make informed decisions about the health and welfare of their children.

"I will post an amendment today that removes the provision that has raised concerns. With this clarification, I aim to return the conversation on this bill back to my original intent – to provide meaningful opportunities for parents to engage and be contributory on this very important issue."

Arizona School Superintendent Kathy Hoffman, a target of social conservatives opposed to sex education in schools, said she was "appalled" by Allen's bill.

"It appears to undo the progress we have made as a state," Hoffman said in an interview Thursday, before Allen said she would amend her bill. "It could put the state at risk of another lawsuit."

Hoffman said last year's repeal of the so-called "no promo homo" law - forbidding sexual education in public and charter schools that promotes a "homosexual lifestyle" - came after the state was sued in federal court.

The removal of "homosexuality" in the Allen bill language could prompt a similar lawsuit, Hoffman said.

"To me it says (homosexuality) should not be discussed in our schools," Hoffman said of Allen's bill. "School leaders can interpret it that way."

The new legislation comes in the wake of attacks on sex education in recent months by Allen and other Republican lawmakers, as well as socially conservative organizations:

- The Protect Arizona Children Coalition organized an "emergency community meeting" in September to warn parents about comprehensive sex education. The group was behind efforts to block the Tucson Unified School District's proposed overhaul of its sex-ed curriculum.

- Several Valley school districts have come under fire from conservative parents over their sex education programs. The Chandler Unified School District ended its sex-ed classes for fifth- and sixth-graders, referring parents to online videos to teach their children at home.

Under Arizona law, school districts can create their own sex-ed curriculum. Parents must sign a permission slip for a child to participate in a sex-ed class.

Allen, who spoke at the September "emergency meeting," said last fall she would introduce legislation in the new year "tightening up all of our sex education statutes."

Her bill would create a host of new hurdles for schools that teach sex ed and largely cut School Superintendent Hoffman out of the process.

The bill focuses on ensuring parents are notified at every step in the development of a sex-ed curriculum and requiring a governing board's stamp of approval.

Consistent with Republicans' targeting of Hoffman, Allen's bill would block the state Department of Education from advising schools on their sex-ed curriculum or training for teachers.