A federal study on the effect of universal masking in Arizona's schools shows the chances of a COVID-19 outbreak were higher on campuses without mask mandates. 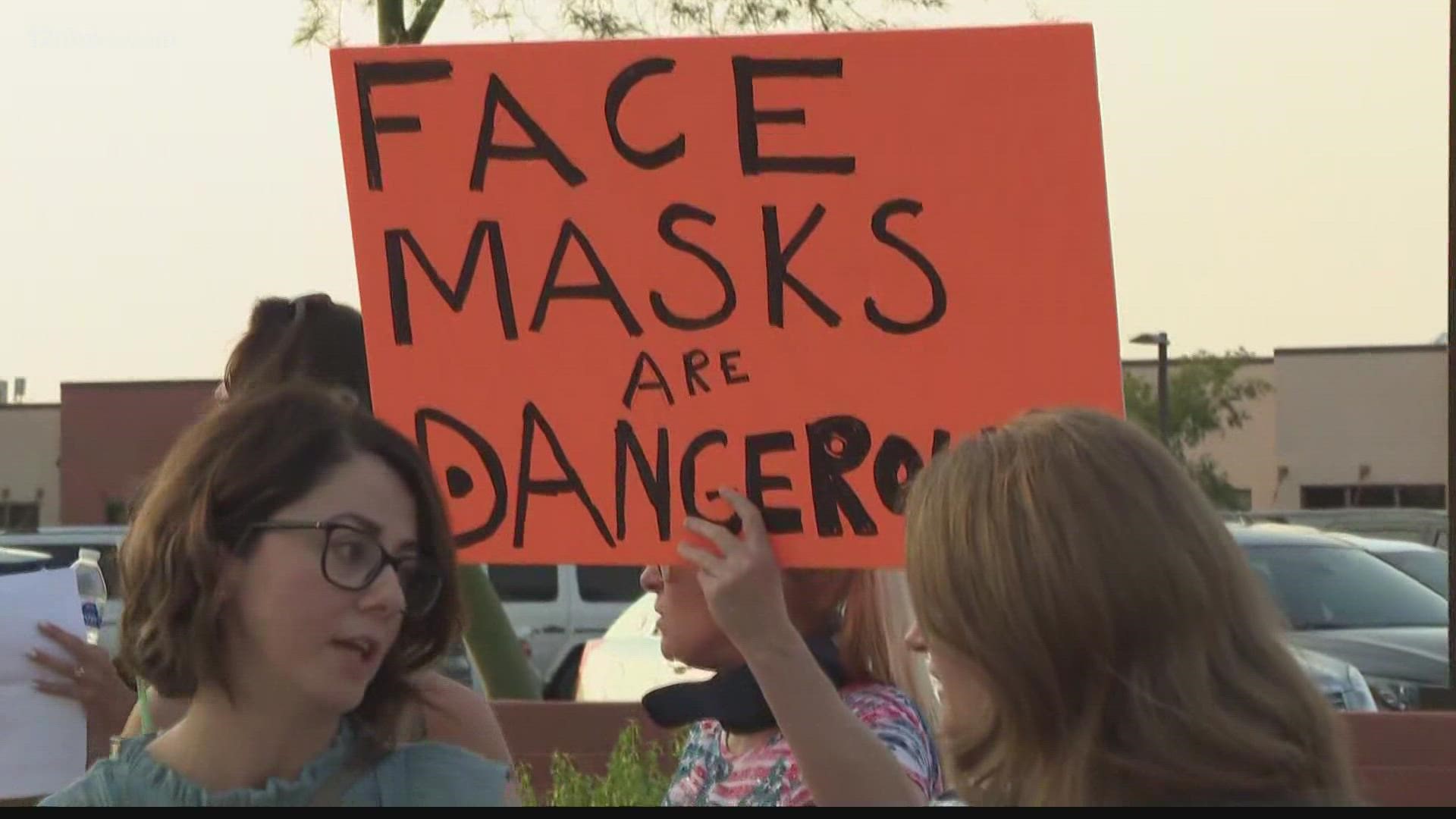 MARICOPA COUNTY, Ariz. — Arizona schools that chose not to adopt universal masking policies earlier this semester were more likely to have an outbreak of the coronavirus, according to a recent study by the Centers for Disease Control and Prevention.

The federal agency examined infection rates for 999 schools in Maricopa and Pima counties and found 191 outbreaks occurred between mid-July and late August on those campuses.

Sixteen of the school-related outbreaks happened at campuses that had adopted mask requirements early on in the school year. More than 110 outbreaks took place at schools with no mask mandates.

Another 62 outbreaks happened at schools that implemented masking rules later in the school year.

The CDC said its data suggests schools were more likely to avoid a COVID-19 outbreak if they adopted mask mandates.

"The odds of a school-associated COVID-19 outbreak were 3.5 times higher in schools with no mask requirement than in those with a mask requirement implemented at the time school started," the study states.

The CDC further found that "lapses in universal masking contribute to COVID-19 outbreaks in school settings."

Based on its findings, the CDC said it recommends implementing universal masking for students and staff at K-12 schools, regardless of vaccination status.

A law the governor signed to stop schools districts from adopting universal masking is expected to take effect at the end of this month.

“It is irresponsible of the state government to stand in the way of local leaders making decisions that protect the health and safety of their students and staff," Hoffman said on Friday.

"The findings reinforce and give credence to the existing guidance from the CDC and Pima County: Universal mask-wearing in schools is absolutely an essential part of a layered mitigation strategy against the spread of COVID-19," Cullen said in a statement.

RELATED: 'Politics is not my issue': Arizona's new COVID czar avoiding talk of mandates as he advises Gov. Ducey