Arizona schools to resume in the new school year

Gov. Doug Ducey announced schools will be able to reopen for the new school year. 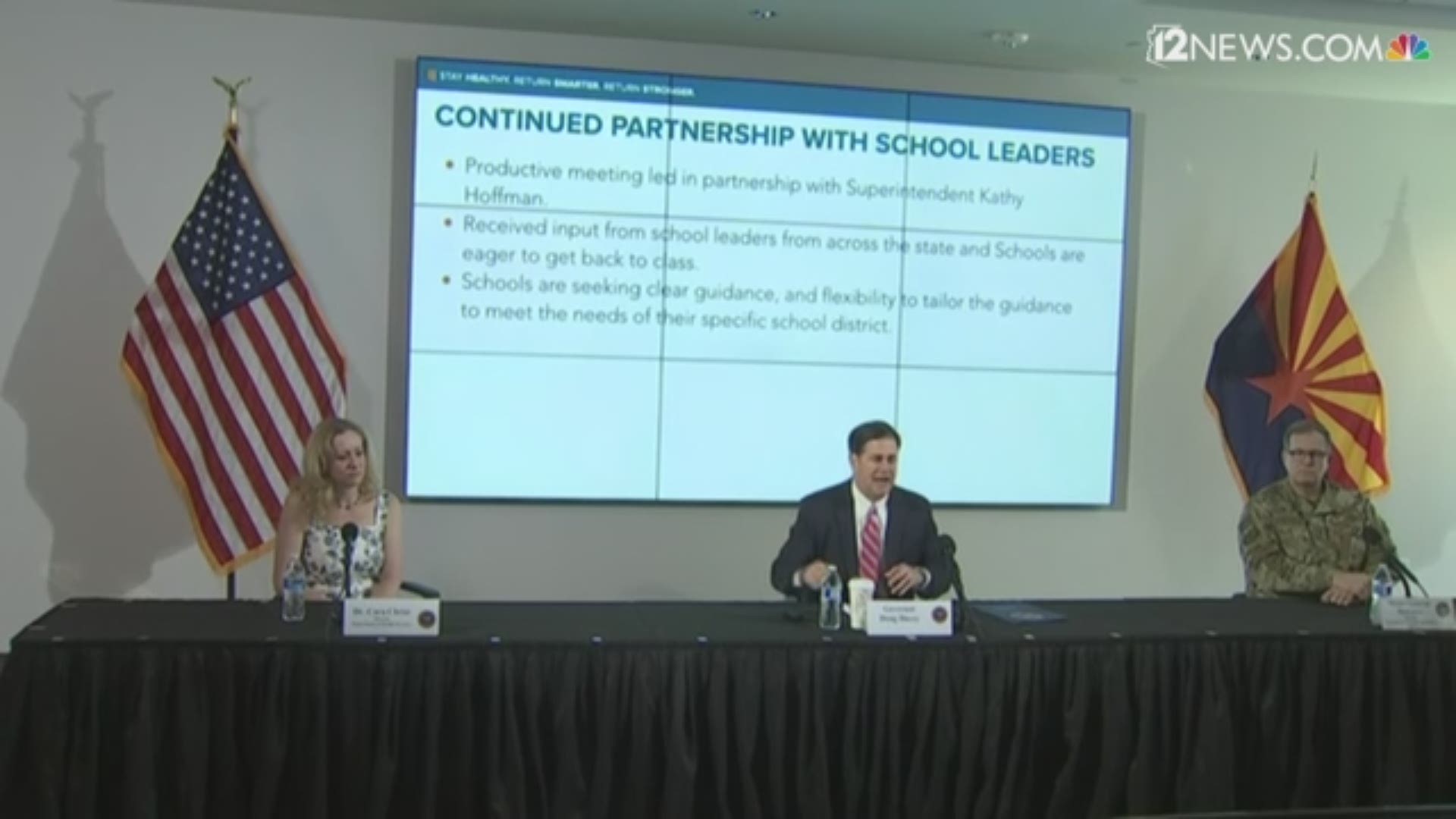 PHOENIX — Students can head back to school in the new school year, according to an announcement by the Arizona governor Thursday.

Gov. Doug Ducey said schools will be able to resume with new guidance.

Superintendent of Schools Kathy Hoffman will give additional guidance for schools on June 1.

"It will be a new normal," said Director of Heath Services Cara Christ.

Ducey said some people will not be able to go back to in-person classes due to health issues and concerns and the state would be flexible.

Some changes may include lunches in classrooms, limited contact with other classes and more.

"Students will have a more normal routine where possible," Ducey said.

Ducey announced the reopening of schools even as the state sees an uptick in metrics used to track the progression of the disease, including the portion of tests that are positive and the portion of emergency room visits that are for COVID-19 symptoms.

The Arizona Department of Education issued a statement Thursday, saying, "As school leaders prepare for the 2020-21 school year, the Arizona Department of Education will issue guidance to serve as a roadmap for preparing for a variety of learning options that keep students and teachers safe. This document, created by a broad group of education leaders, public health officials, and stakeholders, will provide adaptable, flexible recommendations, considerations, and resources for districts and charters to plan for the upcoming academic year. This guidance will be released on Monday, June 1."

RELATED: Here is everything you need to know about coronavirus in Arizona on May 28

Ducey and Christ announced schools would be closed for the remainder of the school year on March 15.