A coalition of public educators, administrators and parents gathered on the steps of a Glendale middle school Monday to announce a $2 billion lawsuit against the state. 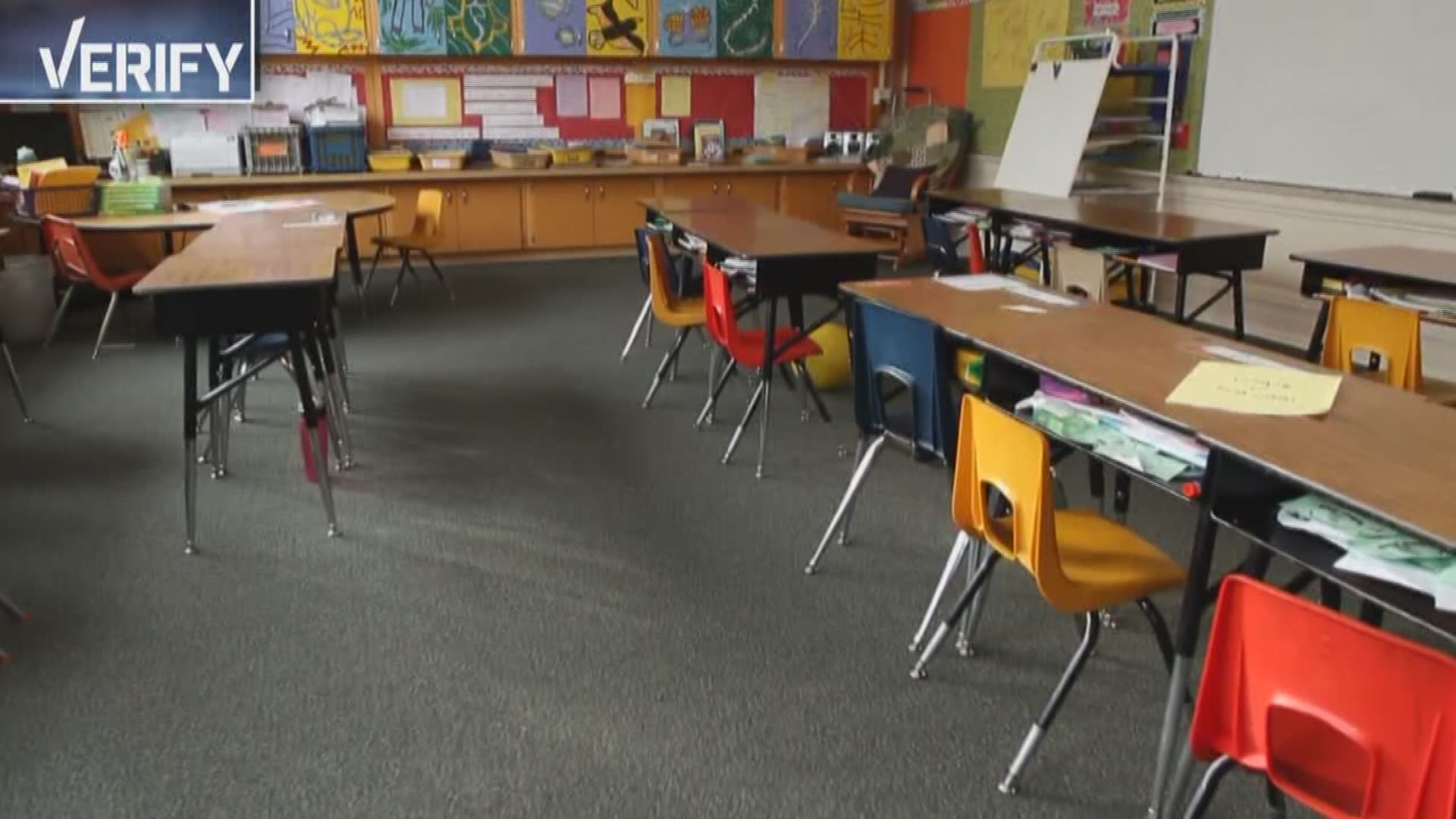 GLENDALE, Ariz. - A coalition of public educators, administrators and parents gathered on the steps of a Glendale middle school Monday to announce a $2 billion lawsuit against the state.

The suit, headed by the Arizona Center for Law in the Public Interest, contends the governor, state legislators and the school facilities board have failed in their constitutional duty to financially support school districts for capital funding needs.

“The state’s failure to provide funding for school buildings, facilities, and equipment that meet the minimum standards … also results in some school district taxpayers providing the necessary funding through local property taxation,” the lawsuit states. “In effect, the State has transferred its constitutional obligation to fund public schools to local taxpayers.”

The state Supreme Court has ruled the state cannot transfer the burden of necessary school funding to local taxpayers.

Mike Barragan, assistant superintendent of finance for the Glendale Elementary School District, was among those who spoke at the event. His district had to temporarily close two schools last year because of structural deficiencies in aging buildings.

“It’s long overdue. We have to stop ignoring over one million students in the state who have chosen to attend public schools,” Barragan said. “We hope state leaders understand the severity of these issues.”

Attorneys who filed the lawsuit said they see no sign lawmakers are going to begin making up the difference in their current budget negotiations.

“Our founders of Arizona thought education was so important that they put it in the constitution and the state has specific responsibilities that aren’t being fulfilled,” said attorney Mary O’Grady of the Phoenix-based law firm Osborn Maledon.

Gov. Doug Ducey said Monday he had not yet reviewed details of the suit. However, he contended that his proposed budget that includes more than $100 million dollars of new funds – including $17 million of new capital dollars -- was sufficient.

“When we do get this budget over the finish line, it’s going to be a home run for education,” Ducey said.

“Just to give a point of reference, school districts issue bonds annually in the neighborhood of $300 million to $500 million to address capital needs,” Hogan said.

Over the past two decades, state lawmakers have changed the formula used to determine capital funds for school districts. The revised formulas have dramatically shrunk the amount of money allotted to schools.

As a result, class size and teacher pay are being sacrificed to pay for expenses that never should have been cut in the first place, said Hogan.

He said since 1994 three state Supreme Court decisions have clearly outlined the state’s responsibilities to fund school buildings and facilities.

“For a while, the state complied with that but over time has completely abandoned it,” Hogan said. “We’re in exactly in the same position we were in 1991 when we originally filed this lawsuit. We’ve got a system almost wholly reliant on the property tax base and voters' willingness to access it (referring to local school bonds and overrides). That’s an unfair system. It’s unfair to schools, it’s unfair to students and it’s unfair to taxpayers.”

Hogan headed up the inflation funding lawsuit that led to last year’s passage of Prop 123. He said Gov. Doug Ducey should “show leadership” and find ways to divert revenue to schools to alleviate the capital funding crisis.

Another school official attending Monday’s announcement was the superintendent of Chino Valley Public Schools. John Scholl said his district’s recent capital funding allotment of $263,000 from the state is a small fraction of what’s needed. For example, the district is struggling to keep up its fleet of buses and still uses two buses built in 1980.

“We just don’t have the capital to function as a school district and it's becoming critical from a transportation side,” he said. “We recently borrowed a bus for an extended period of time from a neighboring school district because we didn’t have enough buses to get kids to and from school.”