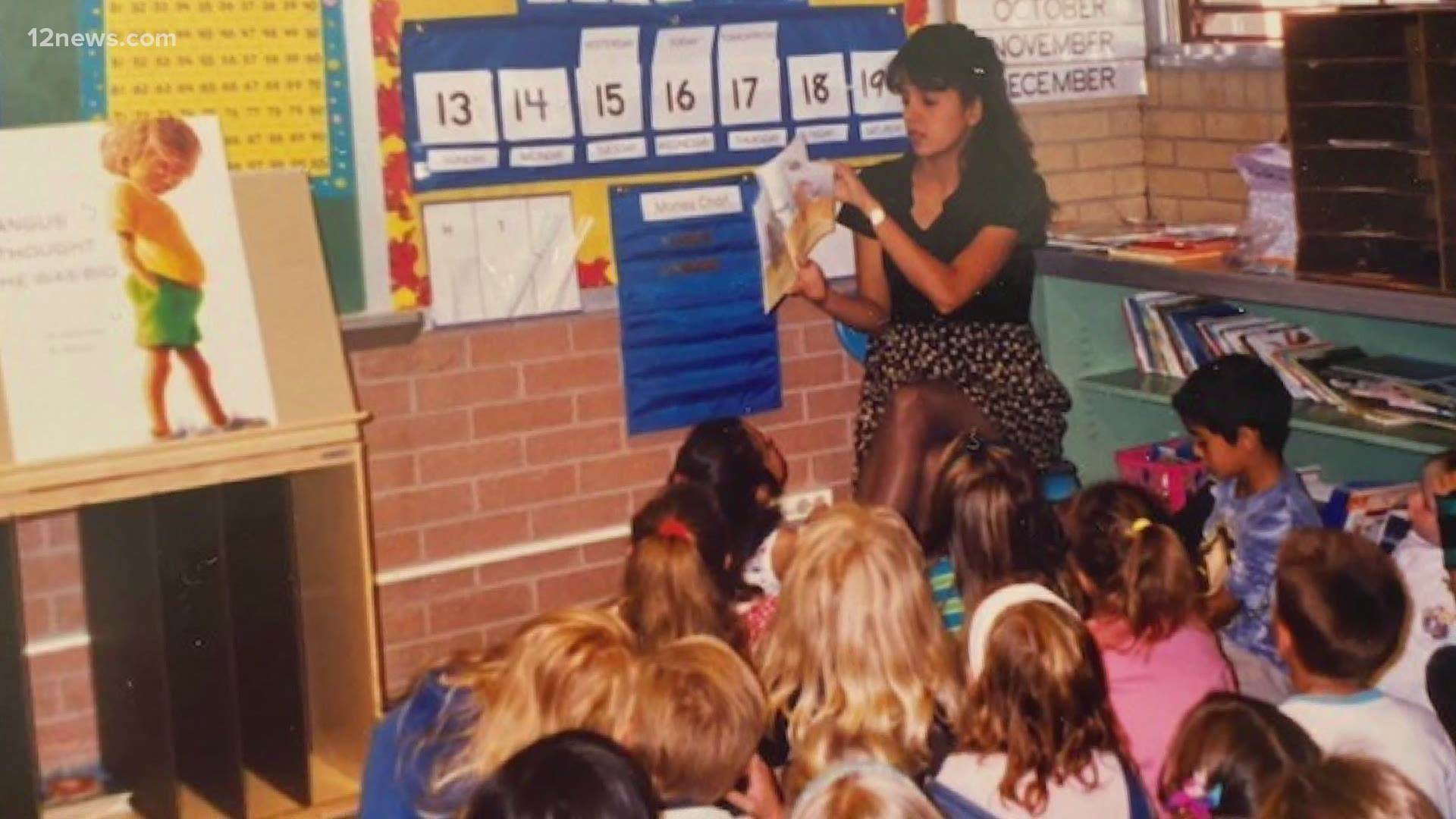 GILBERT, Ariz. — Even with 23 years of experience, a Gilbert Public Schools teacher was one of the more than 150 staff members laid off in the district following low enrollment numbers for the upcoming 2021-2022 school year.

May will be her last month at the Gilbert’s School District, one of the largest in Arizona, after being notified by school officials that her contract for the following academic year would not be renewed.

She said that no explanation was given to her as to why she was included in the layoffs list.

“How am I going to go see my students in the morning without crying?” Philpot said. “And letting them know that they don’t have an ELL teacher anymore.”

“Who is going to take care of those kiddos who already have disabilities, who are already struggling through virtual learning and now they come back to campus and have to catch up,” Philpot said.

In a statement, the district cited low enrollment numbers for the “very difficult decision” adding, “decisions like this are not easily made, and as a school district, we greatly value all of our employees and their contributions”.

“Bring them back, we want them back into our classrooms, we want to make sure we’re able to provide not just academic support, but social and emotional supports,” Dr. Fourlis said.

Before the pandemic struck, Arizona was facing a shortage of teachers, with many faculty members retiring early at its onset.

The teachers laid off in Gilbert say they feel let down after a year of hard work juggling student’s needs and their own health risks.

Philpot says they plan to attend the district’s school board meeting on Tuesday to voice their concern on the layoffs and the method used to determine the list.

“We just deserve better than that after all we’ve given during this time,” Philpot added.