What you need to know about your pets and the eclipse

Our pets are our best friends, and as such, we take them pretty much wherever we go. But, their reaction to the "Great American Eclipse" may differ from ours. 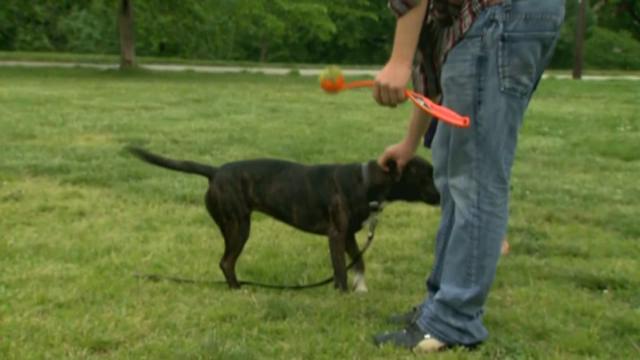 Our pets are our best friends, and as such, we take them pretty much wherever we go. But, their reaction to the "Great American Eclipse" may differ from ours.

"I think there will be more of a difference of the pet reacting to the owner and their change in lifestyle during this," said Dr. Seth Shirey, of the Starnes Animal Clinic in Tyler, Texas.

Dr. Shirey said while pets are susceptible to their owners behavior, it's unlikely they'll have any interest in the eclipse.

"Pets are not really concerned with the phases of the moon and sun. So, if they are outside, it would be an extremely rare case for them to look up and pay attention," Shirey said.

But, he doesn't rule it out completely.

"They are certainly susceptible just like you or I. As far as I know there are no products, goggles or otherwise to try and protect them from the sun. But, their eyes are just as sensitive as ours."

He said the best way to protect your pets is to keep them indoors.

As for that protective eyewear, Dr. Shirey said it isn't necessary.

"If I'm not doing it for mine and my girl sleeps in bed with me and is treated as good as a human...it's hard for me to recommend my client's pets doing that."

Wild animals may be more likely to react than pets are.

"Over the course of three hours, you'll be able to see the moon slowly go over the sun...it even confuses wildlife," TJC Center for Earth and Space Science Education Coordinator Brian Kremer said.

Some experts suggest the reason for this has to do with their heightened senses, causing animals to automatically react the way they usually would during nighttime.

"Wildlife starts to notice things like that even if they're not in the path of direct totality. Here in Tyler, we can probably expect birds to stop chirping," Kremer said.

They're not the only ones either. A 1932 scientific study includes reports of bees returning to their hives and chickens roosting during an eclipse. But what about our house pets?