Arizona was in path of totality for 1806 eclipse, if only it were a state then

Arizonans could have viewed a total eclipse in 1806- though "Arizonans" didn't exist until about 100 years later. 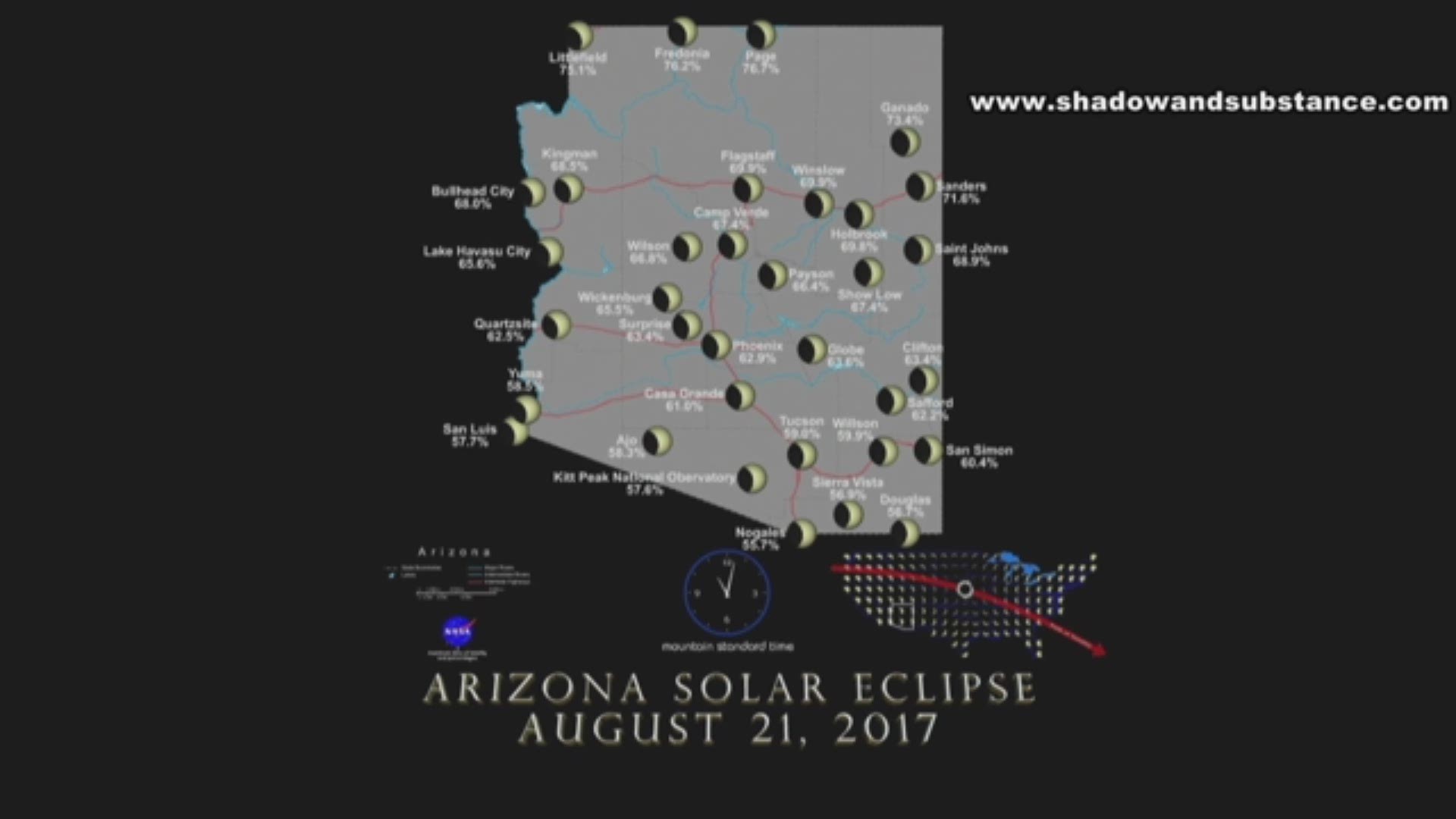 While today's big celestial event is exciting, it is not the first time Arizona has been in the path of a solar eclipse.

The Arizona Department of Transportation posted a photo to Twitter that illustrate the past eclipse's path.

Path of total solar eclipse of June 16, 1806 that could have been viewed in what became Arizona. pic.twitter.com/aThlpAWUJK

If only Arizona was a state back then!

Today's eclipse will be partial for us Arizonans, reaching 62.9 percent obscuration at 10:33 a.m. in Phoenix Monday.

For more information about the eclipse, head to the 12 News eclipse page.