Dravon Ames and his family are now threatening to sue the city of Phoenix for $10 million following the release of a now-viral video. 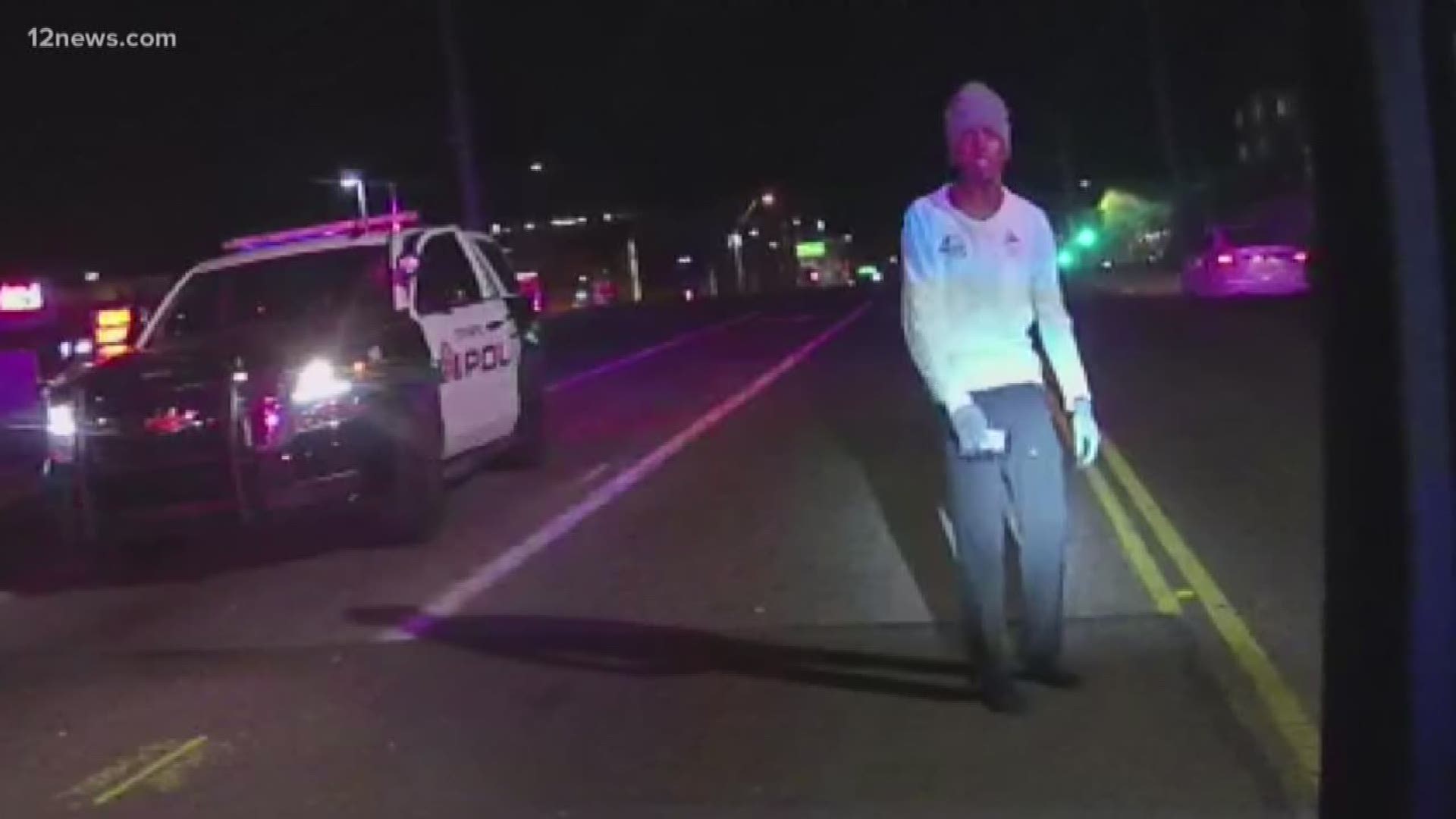 PHOENIX — Dravon Ames was awaiting trial on charges of assaulting two Tempe police officers when he and his family were apprehended forcefully by cops in Phoenix.

Cell phone video from the Phoenix incident has since gone viral, sparking public outcry and calls for those officers to be fired. Ames and his family are threatening to sue the City of Phoenix for $10 million over the incident.

On Wednesday, police in Tempe released bodycam video from Ames' 2018 arrest, which is unrelated to his detention in Phoenix. The video shows two officers arriving at the intersection of Rural and University with Ames standing in the street.

The initial call was for a two-vehicle accident with possible impairment, and Ames admitted to taking a dab earlier in the night. (Dabbing is a highly concentrated form of marijuana use.) The Tempe police report says Ames appeared to have bloodshot eyes and seemed to show signs of impairment.

The report also says Ames resisted arrest by attempting to kick and punch the officers as they took him to ground. The officers deployed a stun gun to subdue Ames and eventually put him in handcuffs.

He is now awaiting trial, charged with two counts of assaulting police officers.

RELATED: 'No compliance from the get-go': Phoenix police union president pushes back against criticism