The Navajo language they were forbidden to speak as children turned out to be the secret weapon against the Japanese in World War II. 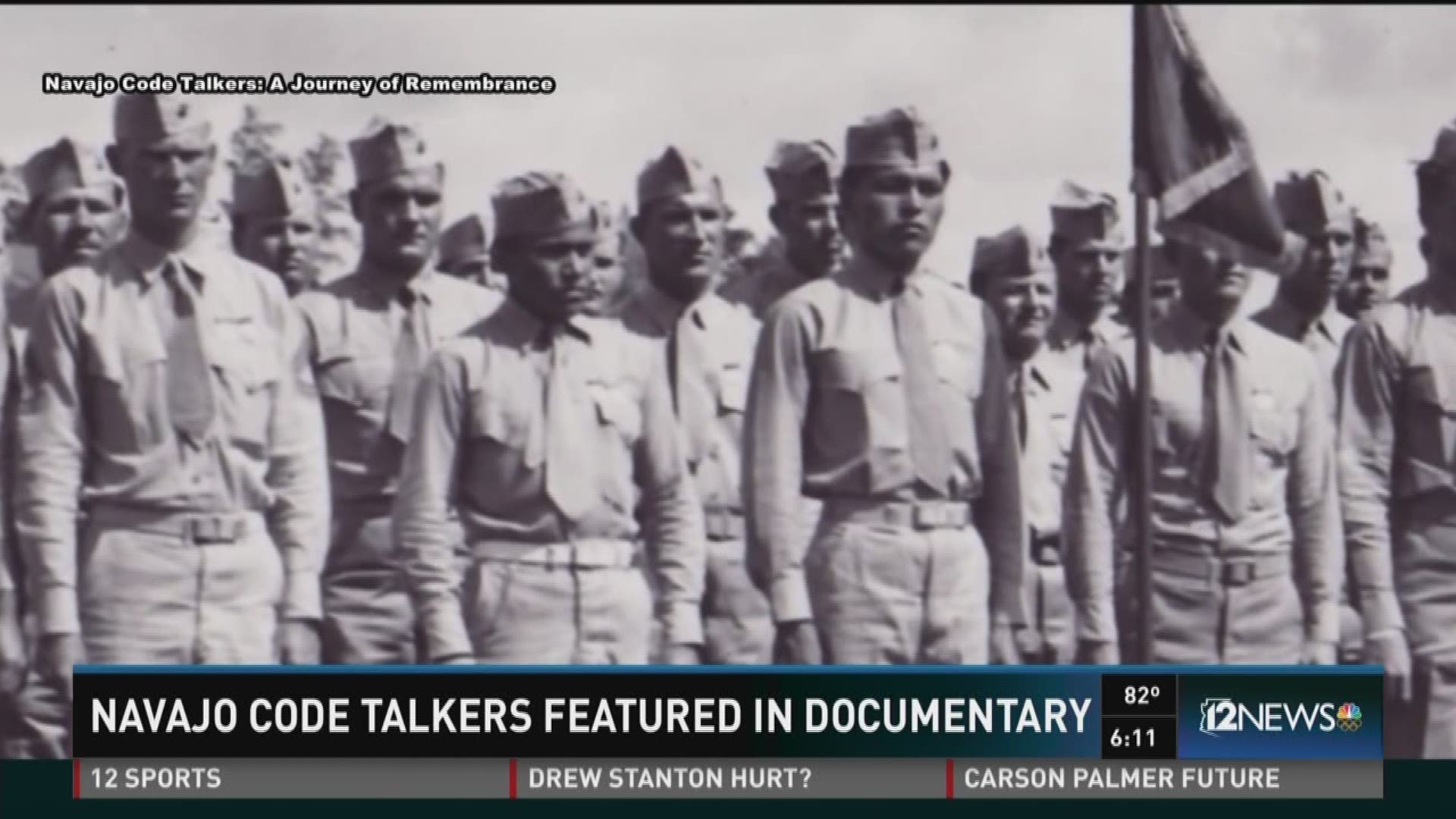 PHOENIX - Navajo Code Talkers: A Journey of Remembrance follows six Code Talkers as they revisited the battlegrounds in South Pacific Islands, where they fought as members of United States Marines during World War II.

The Heard Museum hosted a public viewing of the documentary on Monday.

“My vision was, 'What is it that is important to them about the war experience?'” said George Colburn, who produced the documentary. “The story was written by the Code Talkers themselves.”

Colburn says the men were hesitant at first to take the trip. The scars of war still ran deep and they lived by the advice of their elders.

“The teaching of the traditional way of my great, great grandfather had great influence on my childhood. Upon my return, like many of the Code Talkers say, ‘Never return to the battlefield,’” said 94-year-old Sam Sandoval, who was one of the Code Talkers featured in the documentary.

The trip in 2005 turned out to be a healing experience for the war heroes.

“There were specific reasons why their nightmares went away, why they were less stressed out. They saw the land ablaze in vegetation. They saw all the native peoples of those islands being adoring fans,” said Colburn.

“It means my health - physically, spiritually - and today I'm here with you,” said Sandoval.

The Navajo Code Talkers were joined on the trip by younger family members, who got to see what their loved ones went through during World War II.

“When my father was talking about [the battles]. They always seemed like far-off, distant lands. To get to go over and see, hear the people and see the people and see the land with my father, for him to tell me troop movements and what exactly he did. A lot of what I know today are the things I learned on this trip,” said Michael Smith, whose father was also featured in the documentary.

The Code Talkers created a unique system of communication that helped the Marines win on the battleground. They converted words from the Navajo language - an unwritten language - into code that only they could understand, not the enemy.

Ironically, the Code Talkers say they were forbidden to speak the Navajo language by their white teachers in boarding schools.

“When I did speak my own language. They used to punish me. Thirteen years later, they asked me to use my language. I asked that question, ‘You told me to forget it. How come you want it?’ That’s the time they started saying ‘Please, we need you. We need you for your language,’” said Samuel Tso in the documentary.

The Navajo language they were forbidden to speak as children turned out to be the secret weapon against the Japanese in World War II.

Only two of the six Code Talkers featured in the documentary are living today. The documentary will help preserve their legacy. Sam Sandoval is proud to be a part of it.

“I wanted to show and share that with the people. Throughout the world,” said Sandoval.

Colburn is looking for a distributor and a TV network to air the documentary. For more information, visit starbrightmediacorp.com.