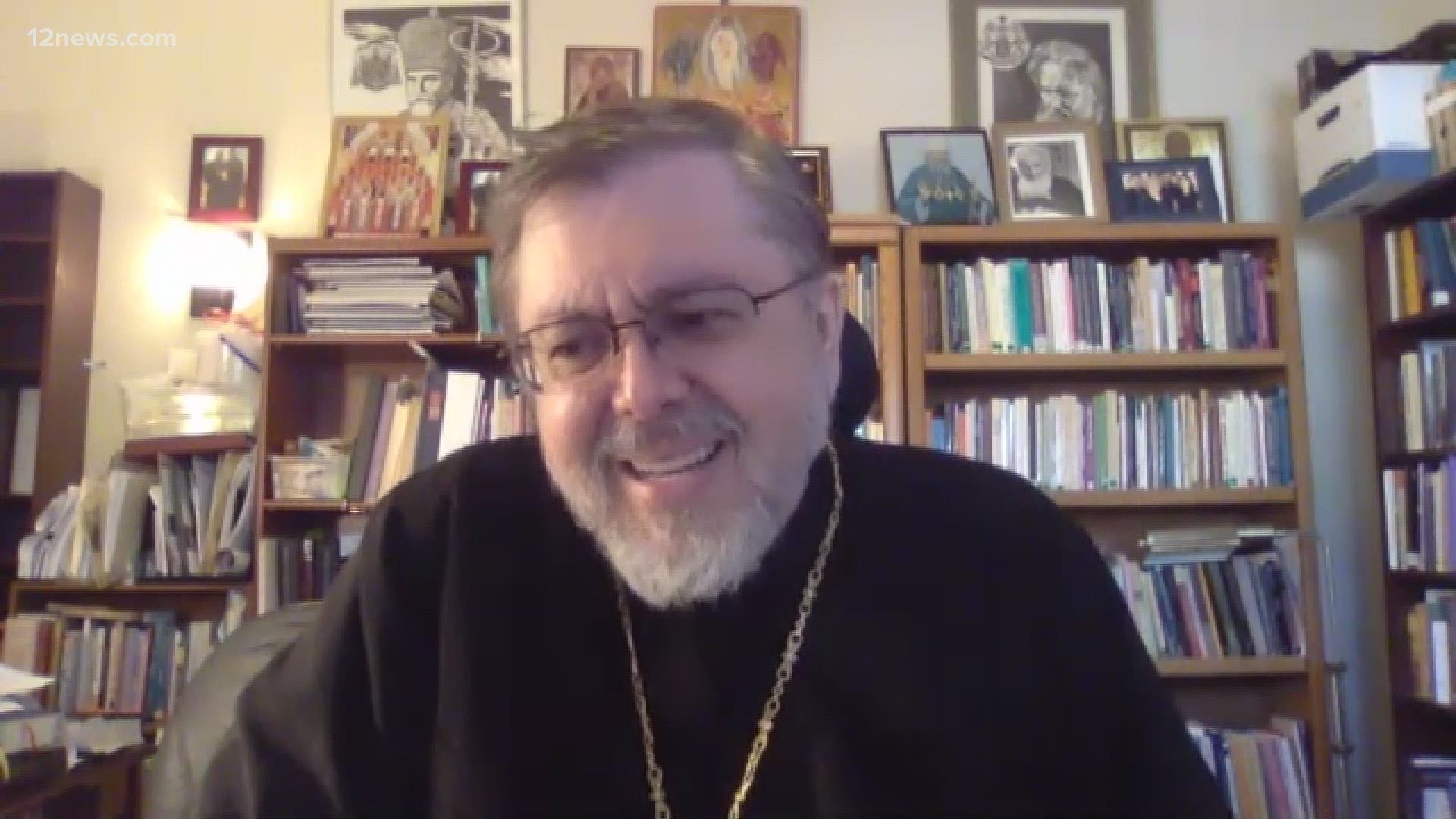 TUCSON, Ariz — Two Tucson alter boys were left to die in a hit-and-run in Tucson on Wednesday evening.

Police said they were crossing East Broadway Boulevard in broad daylight with their mother when a driver hit them and kept going.

Luckily 10-year-old Max Lautaire made it but his little brother Ed did not. He was just 9-years-old.

“Ed was a firecracker. He was really smart,” said the boys’ Priest, Father Andriy Chirovsky.

Father Andriy watched the two boys grow up. They had recently gotten their first confession together and became alter boys together. They completed each other.

Now Max is all alone.

“If only the driver of this vehicle would step up and take responsibility,” says Chirovsky.

Their mother is now left to pick up the pieces.

“She is suffering incredibly,” says Chirovsky.

Father Andiry says it’s not easy to understand why things like this happen.

“He wanted to serve at the altar of the Lord, and now that’s where he is,” says Chirovsky.

But he says tonight he has a little bit of comfort.

“He’s really alive now. Who do I grieve for? The mother, the brother, and all of us left behind.”

There is a GoFundMe page for Ed’s funeral and his brother’s medical expenses.

Detectives with the Tucson Police Department arrested Ernesto Carrizoza, 39, on Friday. He is charged with second-degree murder and other felonies related to the Wednesday incident.