All points of investigation suggest a husband killed his wife before turning the gun on himself, police said. An 8-month-old was in the home at the time.

PHOENIX — A woman was shot and killed and her husband died of a self-inflicted gunshot wound after barricading himself in a Scottsdale home on Sunday.

The Scottsdale Police Department said officers responded to reports of a shooting at a home near Chaparral and Pima roads just before 5 p.m.

Officers found a woman, later identified as 28-year-old Molly Lillard, in the front of the home with gunshot wounds, the department said early Monday.

Molly was taken to a local hospital, where she died of her injuries.

The woman's husband, later identified as 36-year-old Royce Lillard, was described as the shooter by police. He reportedly went back into the house and barricaded himself inside for several hours.

Officers tried to speak with him, with no success.

SWAT officers entered the home around 10:45 p.m. and found him dead from what was believed to be a self-inflicted gunshot wound.

The couple's 8-month-old was also present at the home during the time of the incident, police said. The child was not injured and is now in the care of family.

The suspected murder-suicide is the latest domestic violence-related homicide in Arizona.

Arizona has seen a rise in the number of domestic violence-related homicides during the COVID-19 pandemic. Phoenix alone saw a more than 175% increase in 2020 compared to 2019. 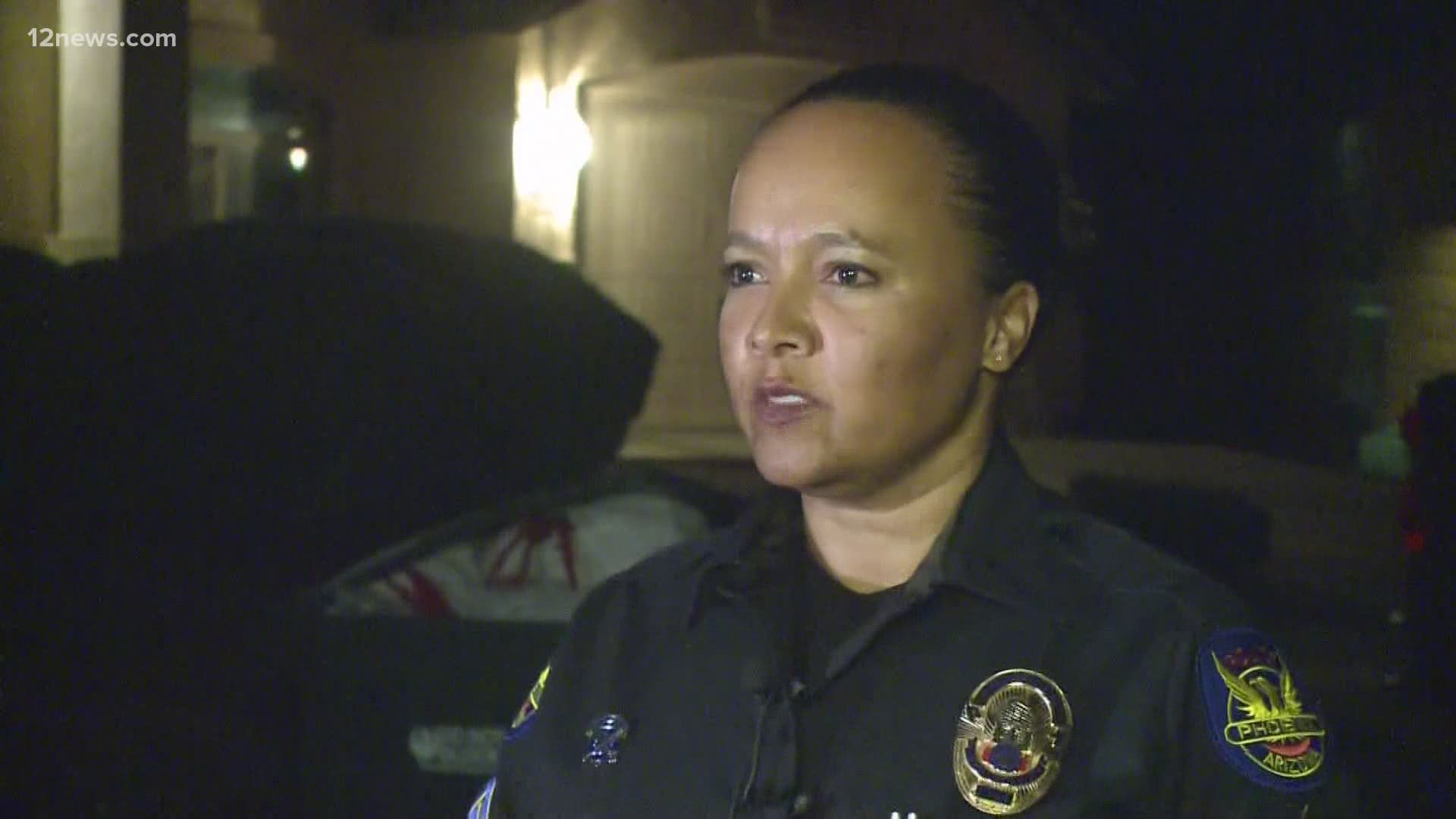