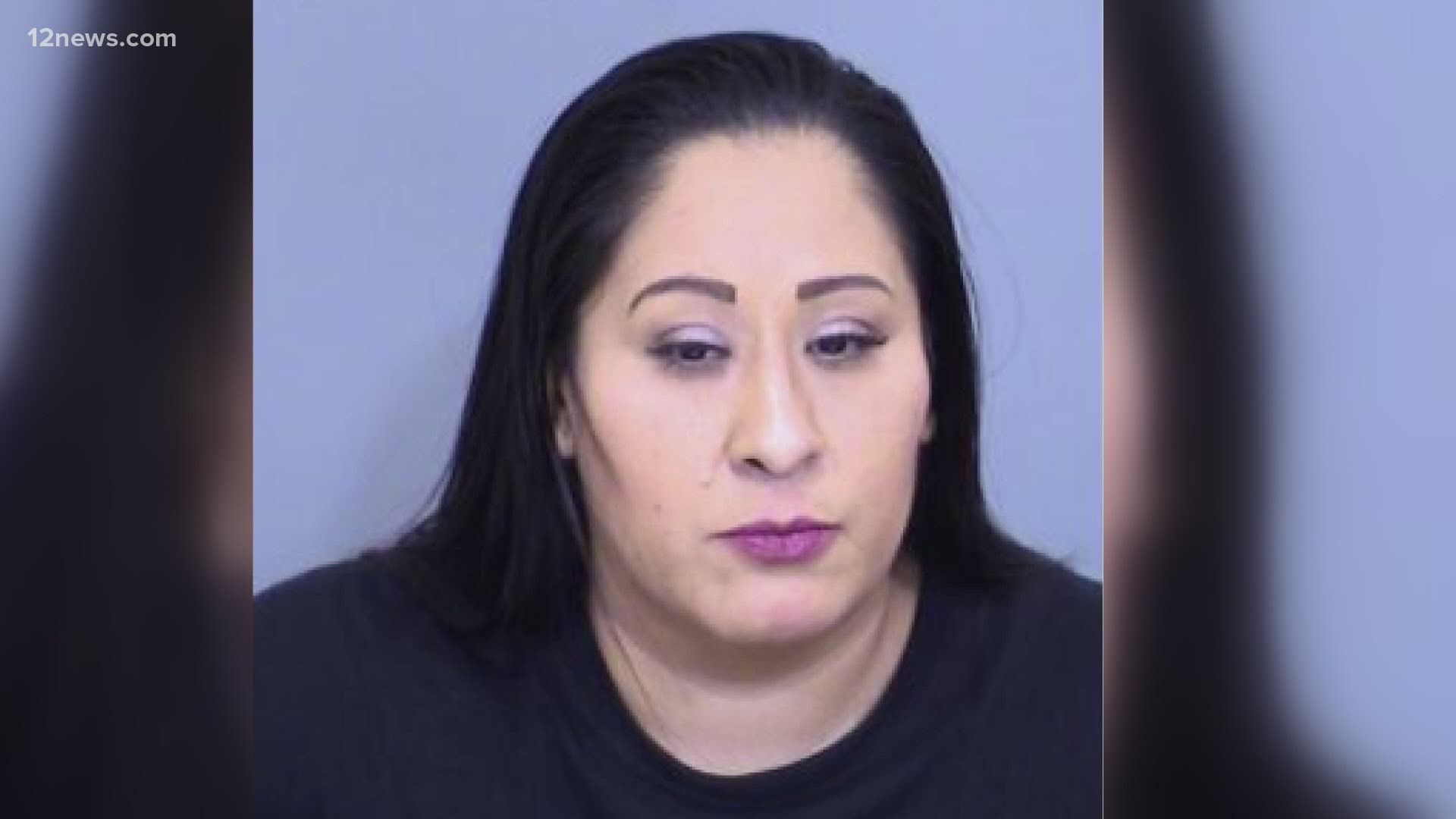 PHOENIX — 12 News has learned that the woman charged with hitting and severely injuring a franchise owner of Rosati’s Pizza was previously arrested for aggravated DUI in 2008.

Laura Gonzales appeared before a judge on April 9. She faces charges of extreme DUI, aggravated DUI and assault with a deadly weapon in relation to the Feb. 10 head-on collision.

Gonzales’s arrest report shows that her blood alcohol content was 0.274, which is more than three times the threshold to consider a driver legally drunk.

Her arrest report indicates that she had a 14-year-old minor in the car with her. That child was not injured in the crash.

Court documents from 2008 show that Gonzales was arrested in December of that year for DUI following a traffic stop.

According to the paperwork, her BAC at the time was 0.134, and the arresting officer noted that he saw three “young” children in the car with Gonzales. Gonzales pleaded guilty and was sentenced to two years of probation and a short time in jail.

Scott Selke, the franchise owner responsible for bringing Rosati’s Pizza to the Valley, suffered catastrophic injuries in the 2021 accident.

His daughter, Sarah Lamb, told 12 News, “He broke almost every bone in his body below his neck.” Selke has been in the hospital since the accident and faces months more in a hospital bed as he recovers.

Lamb wants the maximum penalty for the driver who injured her father.

“That type of individual should be put away for the max amount of time,” Lamb said. “She should pay for what she did to my father, almost killing him.”

The harshest charge that Gonzales currently faces is a class three felony, which carries a maximum of eight years and nine months when aggravating circumstances are present.

Despite his horrific injuries, Selke has been able to interact with his family since the accident, though his exposure to them has been limited due to COVID-19 protocols.

He was surprised and thrilled, according to Lamb, to learn how supportive friends, family, and strangers have been since his accident. The family started a GoFundMe account with the goal of raising $50,000. That number was not only met, it was exceeded.

“He as completely in shock, especially with strangers, but even with people he hasn’t talked to in decades,” Lamb said. “We are just so, so thankful for each one of you for helping out with your prayers with your donations, everything; everything makes a difference.”

Court records show Gonzales was released on a $1,000 bond. There is a preliminary hearing for her case on April 19.

Lamb knows justice is slow, but she hopes justice is exactly what will come once the court process is over.

“It’s been two months, well over two months,” Lamb said. “It's been kind of frustrating that nothing was happening; everything was in limbo. We ultimately want justice for our father. He, at minimum, deserves that.”