Will John and Samantha Allen actually be executed for Ame Deal's murder?

Arizona's death penalty is on an unofficial hold after a botched execution in 2014. 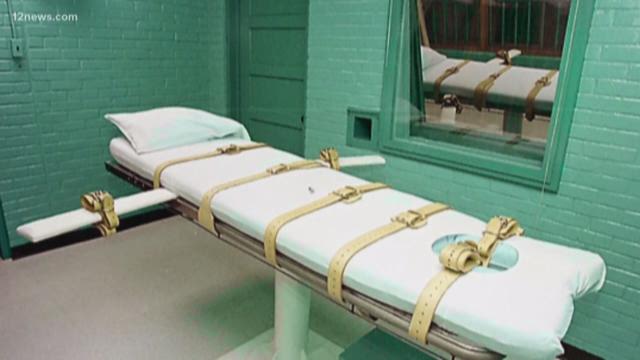 PHOENIX - John and Samantha Allen became the first married couple ever sentenced to death in Arizona on Thursday.

But Arizona's death penalty is currently on an unofficial hold after a botched execution in 2014, so will the Allens' sentences ever be carried out?

Drug manufacturers began to withhold the drugs Arizona used for lethal injections at the beginning of the decade. Joseph Wood was executed in 2014, using a new combination of drugs that was untested. It took 15 doses of the drugs and two hours for him to die.

Because of that, the Arizona Department of Corrections decided not to use that combination of drugs again. However, state officials have been unable to obtain the original drugs again, so no executions have been scheduled.

"There are a number of cases that are at the end of the process, but the state doesn't have the ability to carry out the executions," Assistant Public Defender Dale Baich said.

But Baich said the appeals process typically takes about 20 years to run its course. In that time, it's impossible to tell what changes may occur in the capital punishment process.